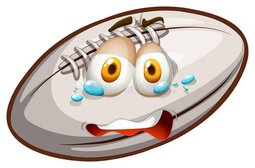 Can we claim it as an unbeaten season?

After a couple of months of uncertainty the RFU finally confirmed what had long been suspected when they released a statement about the 2020-21 season.....

The RFU Council has made the difficult decision to cancel the Adult Competitive Leagues (Level 3 and below for Men, Level 2 and below for Women) for the 2020/21 season.

We believe that, even if a return to full contact rugby becomes possible, playing a meaningful competitive league season resulting in promotion and relegation is no longer feasible.

Given the Government’s additional restrictions to curb the increase in COVID-19 cases in locations across the country, and growing concerns around travelling significant distances outside immediate localities to fulfil fixtures due to increased risk of transmission, the decision has been made now so we can provide clubs with some certainty for the remainder of the season.

A difficult time for everyone is proving particularly difficult for grassroots sport, especially Rugby Union, who knows what the future holds?