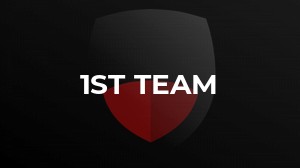 The opening day to the 2014/15 campaign started off gloriously with the sun beaming across an unrivalled HSBC pitch that would even be suitable for a Rugby World Cup fixture (kudos to the groundsmen). With pre-season training, a couple of close games against Beckenham and Park House and a number of new faces to the club, Bank were keen and ready to get the season underway. The pre-match warm up was tight with Wookey providing us with the usual gym workout and an introduction of quick hands following the previous weeks training session to get all into focus for the game ahead. As 3pm quickly approached Bank was out ready for the match to begin.
Kick off. It was evident from the start the Sittingbourne were still recovering from their summer’s binge sessions and took a very lackadaisical approach to wanting the ball which lead to bank recovering the pill from a high O’Malley kick off. A couple of black a white phases took bank to their five metre line which then unfortunately lead to Sittingbourne turning over possession and kicking into touch. A number of scrums took place in the first half with both teams seemingly unsure as to when to compete for the ball (mainly due to the French refs quiet Crouch, Bind and Set calls making it difficult for the rows to hear). After a few resets the ball finally made its’ way to Sittingbourne’s scrum half who delivered a back ball which made its’ way to their makeshift winger for the day, a second choice prop, who danced his way through the Bank defence and scored under the posts with a conversion shortly following. Bank down 0-7. This gave bank the incentive to apply the pressure required to push the opposition on the back foot which in turn resulted in Bank receiving a penalty which O’Malley duly converted just before half time. 3-7 to Sittingbourne. After a 5 minute interval the game resumed.
Some sloppy handwork and a couple of offside calls meant that Sittingbourne were gifted a penalty kick just in front of the posts moving the score to 3-10. Bank finally stepped up a notch with a crashing run from deep from Ed Botha who then popped the ball into the path of Yorkie only to run the ball under the oppositions’ posts to score, with another 2 points being added in return. 10-10. Bank were on the ascendancy but this turned out to be a bad omen as complacency kicked in and before long the opposition intercepted the ball at banks 22 and ran the touch line putting the score to 10-17 after another conversion. A number of penalties were given to Sittingbourne but fortunately for Bank the kicks were just wide of the sticks keeping us just in contention of the game. With 10 minutes to go O’Malley again converted a penalty moving the points to within winning distance. 13-17.
Bank found reserves of energy which lead to a number of crash balls from the forwards which threatened the oppositions’ touch line. Craiggy thought he was through to score the winner but was brought back by the ref. Their defence kept Bank back for a good few minutes then suddenly the final whistle sounded.
This unfortunately wasn’t a day to remember as a lot of turn overs and penalties were conceded to a team who were no-where nearly as fit or technical as us. With training in mid-week and with the team finding their feet this should help us in trying to iron out areas of our game where we need to improve such as holding the line, not going alone with the ball and calling your man to ensure overlaps are suitably covered. This will put us in good stead for the rest of the season.
Share via
FacebookTwitter
https://www.pitchero.com/clubs
Recent news