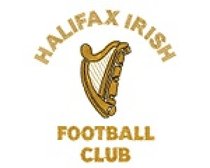 Huge strides forward but still a long way to go

who in their right mind takes on a West Riding Job at 24!
Henry Winter

Well here we are again, massively improved from last season and it's been a nice change not struggling and waiting till last game of the season to see if we would be in the same league again.

In the 5 seasons I have managed the club now we have had three years fighting relegation and two decent seasons but the weight of expectations and has increased and we now need to build on a solid season.

We started preseason with a lot of uncertainty around players coming in, leaving and the rest but managed to put together a strong squad. We retained Jordon Wadsworth, Brad Wilkinson, Gareth Sherwood, Gareth Jones and Nathan Wood. The rest of the squad were new players. That on its own was always going to take time to gel with differing personalities and also changing the way we played. The easiest way to describe the way we have played this season is like Newcastle under Kevin Keegan. We have scored 107 league goals this season which is a phenomenal record - mark that against the champions YMCA 92, Campion 85 and Lepton 97 - it shows how attacking we have been, our issue at times has been an unsettled back four and some naivety from a young squad but the hardest part of football is putting the ball in the back of the net and we have done that 143 times in all competitions so we have a great base to build from.

A lot is to be said about the form of Eli Hey (59 goals) and Antony Brown (28 goals) but they have been supported well by the team who have created a lot of chances for them this season. If we'd of managed to get our strongest squad there more often this season I would of liked to of thought we would of been closer to the champions and gone further in the cup competitions but again I found out a lot about the lads this season.

I'd like to thank Kevin Wharvell for his outstanding work behind the scenes, Jonny Baird who has been a great help to me this season. I've been privileged to watch some fantastic football this season and I know the people who come to watch keep coming back because of the entertainment factor.

This is a young squad who if they stick together and want to go win trophies will go and win them. I hope to be writing one of these next season talking of trophies and how far we have come again.

A lot of people will forget how far we have improved, I took over in November 2011 (who in their right mind takes on a West Riding Job at 24!) and we were looking at heading into the bottom tier of West Riding Football, over the next 4 seasons we got promoted, won the league cup and then managed to maintain our position in the Premier Division - once on goal difference and once by one point. This year see's us finish 4th behind Campion on Goal Difference and then behind Lepton and YMCA. The improvement from 12 months ago, and this is by no way meant as disrespect any of my previous players, is a huge contrast. When we have brought in the quality of players we did in the summer we were bound to improve and the target of a top four finish was achieved - even though we were disappointed we have come a long way - Huge Strides forward but still a long way to go.

Thank you to all the players who have played for me this season, the support from behind the scenes and I hope to be working with you all again next season.