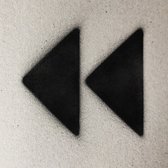 The records are available for examination and very soon Dorian and Luke Brooksby will be publishing a book of such records. In terms of Illingworth appearances and runs, standing head and shoulders above all others is Keith Smith with 21,668 runs in his 744 games. A record of 131 fifties and 22 centuries is the envy of every reputed batsman and those aspiring to be one. For a man who played in so many games it is not surprising that he also ‘scored’ 58 ducks. Not an insignificant proportion but Keith was well aware of his record - it certainly did not curtail his style of play.

I have played in many games with Keith and it is fair to say all of his innings of substance were laced with drives, cuts and pulls. At the beginning of his innings his shots were forceful and often brutal. The first ball of his innings was in danger of being hit for 6 with no attempt to ‘get his eye in’. In a match at Ilkley many years ago the home side had a plan to open with a spinner and a short-leg. When we saw the field deployed in accordance with the plan we all commented that the short-leg would end up in hospital – he did!

When runs were at a premium Keith’s fireworks decided the match and his positive tactic was employed in many tight games. On other occasions he appreciated a good wicket and booked in for ‘bed and breakfast’ but in his own style. As each of Keith’s innings developed, he continued with his strong shots but also timed the ball and manipulated it to the boundary especially with his trade mark late (very late) cut. Plenty of bowlers will testify that he was a difficult batsman to bowl against – perhaps I’m understating it!

On his retirement, Keith had scored 18 centuries in the A&W League and until recently that was a League record. With all those runs and centuries to look back on I see my task is to try and encapsulate the type of innings he played in a number of examples.

In a game at Addingham in 1972 he hit 26 off the first over of the opening bowler. In a tight game it put Illingworth in the driving seat. See - https://illingworth.play-cricket.com/website/results/4079963 - You will note that despite the low score Illingworth struggled to win so his runs and positive approach made all the difference.

Just as an aside, Alec Stone opened the batting for Addingham and, unusually, he did not make a score. Alec was a leading all-rounder in the League scoring runs and taking wickets for Silsden, Addingham and most of the games I remember, at Crossflatts. Alec bowled right arm fast off a short run and batted left-handed. On our way back from Skipton/Silsden etc games we sometimes called in for a drink at the Flappit Pub and spotted Alec in there on occasions. Dave Rishworth, who I mentioned in a previous piece, had a good game in 1972.

I move on to a home game on 8th May 1980, entertaining Farsley in the National Cup competition. Scorecard - https://illingworth.play-cricket.com/website/results/4146582

Farsley were runners up in the Bradford League top division in that year and cup finalists the following year. Farsley included Kevin Tighe who won the Bradford League bowling averages in 1980 and two future County players in Stephen Rhodes and Ashley Metcalfe. I presume the other members of the team were also of good cricketing pedigree.

Keith scored 136 in this game comprising 7 fours and an amazing 12 sixes against a leading Bradford League team. It was as good to watch as you might imagine with 100 out of 136 in boundaries. It is a pity that some of us mere mortals could not contribute to ensuring a winning score. The game is one of a number (see previous rewind for the game against Brighouse on a Bank Holiday Sunday) illustrating Keith was a force in any company.

The next game occurred a couple of years later on 8th May 1982 at Beckwithshaw when Keith scored an incredible 122. Scorecard - https://illingworth.play-cricket.com/website/results/4079907

Beckwithshaw is an excellent venue and usually turn-out a good wicket. For whatever reason the wicket was difficult on that day. The scorecard shows that all the batsmen struggled; Brian Heywood was next top scorer with 25 and the highest score for Beckwithshaw was 28. In challenging conditions Keith scored 17 fours and 3 sixes – nearly a century in boundaries out of 122. The first wicket fell at 144 when Brian Heywood (an excellent foil for Keith’s exploits) departed and when Keith was out on 177, he had scored all but 55 of the runs on the board.

The statistics I have mentioned give an indication but I was there and batting was difficult – that is why I have picked out this game. I guess Keith realised there was no point in hanging around so he went for it. Those who have been to Beckwithshaw will know there is a pine forest on the boundary to the pavilion/scoreboard side of the ground. I remember the sixes sailing into the forest and all the bowlers suffering in the process.

The contrast is illustrated on the Beckwithshaw scorecard; with the bowling figures providing a realistic reflection of the wicket. At 20 for 5 the home side could only hold on for a losing draw and did well to do so in what was then a 45 over game. The home side fielded David Grant who is sadly no longer with us. David was a benefactor to his Club and a sociable opponent in all the games we played over many years. Mick Ledger opened the bowling after playing in the Bradford League for a number of years - he was not so sociable in those days -never short of a word or two. Mick mellowed when he went down a grade at Follifoot seconds and we had a number of good games when he played second team cricket.

The final rewind games both occurred in 1990. On 12th May 1990 - https://illingworth.play-cricket.com/website/results/4080259 - we played at Horsforth who had assembled a good team captained by J. Benn; a Minor Counties player. We did well to bowl them out for 133 but fell short in our reply. S. Rose and P. Coloe were fast bowlers, the latter a young Australian who bowled with very good pace. Horsforth was a good wicket to bowl on in my experience as it always had good pace and bounce so assisted fast bowlers. John Roberts was a former Somerset bowler who was a good character to play against. Stuart Law played that day; he rated John and could understand why he was an ex County player. Stuart played an eye-catching innings taking on all the bowlers with hooks, pulls and shots off the hip. He looked as though he would win the game on his own but was undone by a slower ball. Keith Smith played a lesser role; no sooner in than out.

With that background we move on to 28th July 1990 at home to Horsforth when Stuart Law had returned to Australia with an injured knee to seek medical advice. We did not do any lasting damage. The scorecard is here - https://illingworth.play-cricket.com/website/results/4079939 - when Keith scored exactly 100. The wicket on this occasion was a very good Illingworth wicket on a fine day. Keith took on the bowlers at nearly a run a ball. Paul Coloe bowled fast and tried to bounce Keith on a number of occasions but he responded with hooks and pulls. I can still remember some of the hook shots hitting the wall just below the white gate at the Whitehill end. During the innings Keith reminded Coloe that he could not bowl short to him on Keith’s home wicket. The opposition were generous in their applause when he was out. Another great innings and a good watch for his team mates and spectators alike. Unfortunately, we did not have enough depth in bowling to register a win.

The records show that Keith won the batting prize on numerous occasions and his weight of runs is legend. Keith’s runs were a major factor in winning games and promotions in the League. It is testament to his loyalty that all but two seasons of a long career have been spent at Illingworth. The contrast in runs scored compared with his contemporaries illustrates that, whilst all players did their best, some Illingworth teams did not have batting strength in depth. This may account for the lack of sustained success and the ups and downs of Illingworth teams over the years.

Looking at players in our first team of recent years it is fair to say there is no reliance on one player. The fortunes of individual players ebb and flow from season to season and game to game. However, as one or more players fall on hard times other players step up and prosper. I would like to think that players in our current team value the prospect of making a match-winning contribution whatever the game situation. All of them add value to the team and will likely have the opportunity to contribute at some stage. We have seen many games of the past few years where the batting order has contributed literally right down to number 11. I hope that current players will continue to enjoy the game whilst doing their best and value the team ethic in all they do.