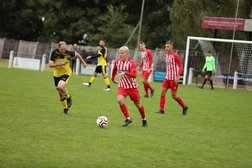 Strong performances from our no.10 in recent weeks earned him POTM for October from manager Adam Vasey.

Dan has been a regular in our midfield this season and for good reason. With his best work coming in the 10 position, he has also done jobs on the wing and at fullback when we have needed him to. Always hungry in search of the ball every time he is on the pitch, the creative ability he offers the team on the ball is a real asset to our club.

It is this effort and creativity we see week in week out that has earned him POTM, and I have no doubt we will see him kick on in months and years to come. It is not only him that benefits from his ability, finding himself involved in most goals scored in some capacity. Another recent positive is the goals he has been adding to his game, a particularly classy finish away in the FA Vase vs Shirebrook Town which showed his quality being a highlight for him.

The manager had this to say:

“Dan has had a superb month, driving the team forward from midfield every week. He covers every blade of grass in every single game, and it is so good to see him enjoying his football again.”

Last but not least we heard from the man himself:

“I’m very happy to have received player of the month from everyone at the club and more importantly, I am glad we’ve managed as a team to finally be out of the bad rut we were in. We have been outplaying teams, but had no luck and it’s finally starting to change. It has been nice to add a couple goals from myself too which I don’t usually find myself doing.

It’s a big shame that lockdown has come so suddenly but afterwards we’ll be back and will hopefully be carrying on the decent form we were in. It’s just about keeping fit and doing what we can until we are back.”