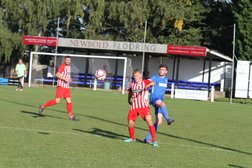 A return to winning ways in the league.

Ingles came back from Clifton All Whites with a 2-1 victory.

After a 4 week break from league action due to the weather, free weeks and cup action Ingles headed to Clifton to take on Clifton All Whites.

Ingles gave first team debuts to Tousoung Lee and Mitch Woodbine with River Hardy returning to the bench. Ingles took the lead through Captain Jimmy Brooks after 15 minutes and this is how it stayed until half time.

Clifton hit back on 60 minutes but a Dan Tuck strike on 75 minutes sealed the victory for Ingles and gave the side a much needed win.

Next up for Ingles is a home game against Sherwood Colliery