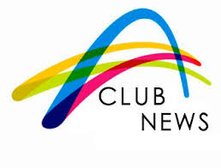 The 2020/2021 Season, is just a few days away. We are very much looking forward to getting the season underway, after a long break due to the on going pandemic. This is some really good news as we are all itching to get back at it again, and hopefully fight for promotion again.
However we do have some sad news to report on to.

It is with sadness to inform you all the Keith Fisher, will be retiring from Ipswich Cranes and all forms of Hockey due to a serious injury sustained a couple of seasons ago. Keith will be missed by us all and we hope to see him supporting Cranes when ever possible in the coming weeks.
We would like to wish Keith all the best in future and we look forward to seeing you, in the not to near distant future.
Further to this we would also like to wish Rob Young all the best in his future to as he steps down from the role of Treasurer. Rob has been with the club an extremely long time and we again wish him all the best in his retirement.
With all the work and effort the Rob has provided us, it was decided and agreed upon at the recent AGM that Rob be given the role/pleasure of Honorary - President.
Finally we would like to wish all the best to the out going chairman James Stephenson, as he retires from Ipswich Cranes for the time being, to focus on spending more time with his young family.

To All Three Retiring members, we wish you all the best.