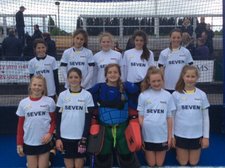 We welcome Juniors between the ages of 6-14 of all standards to take part in training and competitive matches.

The first session of the season commences on September 9th for all groups. All training will be at our Henley Road pitch at the Ipswich Sports Club- Ipswich IP1 4NJ.

(ages as of 1st September)

We welcome children to come along a try out training with us. You will need shin pads, trainers and a gum shield. We have sticks that you can borrow for training if needed.

There will be tournaments for many of the groups throughout the season with games being played in Suffolk for U10s, U12s and U14s.