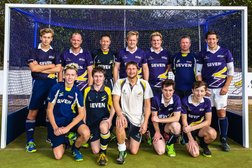 As they try to slay the dragons

Ipswich 2s embarked on a their first of three pilgrimages up to the north as they faced off against the Dragons and finished off with a 2-2 draw.
As always, the 2s started off with fire in their bellies (first dragon-based pun) and at one point, were 2-0 up. As the game started to drag-on and with only 11 men, the Ipswich fitness (or lack of) caught up with them as their scaly opposition clawed their way back and managed to squeak two very boring goals past Cherry- who had a brilliant game. Josh Knights scored the first goal with a beautiful assist by Jamie Mayhew, while Greg Bott scored the second off a post deflection from a short corner. Steve Askins' solid, fiery performance on the right secured a well deserved man of the match. Now, onto the prestigious award of D of the Day. Although he won man of the match last weekend, Charlie Trembath was trying ever so hard to win D of the Day this week. Firstly turning up without any astro shoes made him rather slippery on the battlefield. The final nail in the coffin was for a yellow card, as he decided that he didn't like the look of the smallest dragon on the pitch and bodychecked him off the ball. Good work Charlie Boy!!

By the end of the game neither side manged to tip the scales,and the game concluded with a 2-2 scoreline.
The 2s hope to slay those dragons on the return leg!