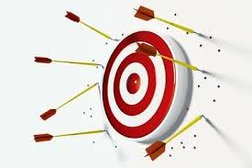 Ipswich fail to bury at Bury

A real ding-dong match was settled in the first 10 minutes as Bury scored from their first attack after Ipswich had failed to take an even earlier lead. This was pretty much the story of the game as both teams missed scoring opportunities as the result of either a) good goalkeeping b)wanton wastefulness in front of goal c) decisive umpiring chalking off strikes or d) heroic last ditch defending.

The highlight of the day was being told by Steve H that he was 15 minutes late due to an escaped pig of his on the A11, whilst the low-light was when Ollie Pipe hobbled off with a dodgy hamstring after another dynamic performance. In between that Chris C and Langers cleared goal bounds shots off the line, Action-Man Steve Askins rounded 5 defenders but failed to slot past the young Bury keeper who made a good stop, and Sampo leathered a PC into the goal but above the back board. At the other end Bury had a second goal denied for a foot in the area and Stretch stretched to make a number of good saves. All the late recruits to the team worked hard with Brewdog Dave especially prominent at the back.

Try as we might we just couldn't score to level the game but in truth it was an enjoyable afternoon, well umpired, and played in good spirit.

We welcome the Dragons on Saturday and hope that they bring some fire to what could be a cold afternoon at Tuddenham.