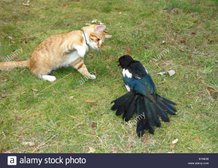 Trip to Harlston ends in 2-2 draw after entertaining game

After a couple of weeks preparing for hibernation Ipswich HC M3 hit the road for a trip to the Norfolk/Suffolk border. After a week of horse-trading with Windy the skipper was able to scratch together an enterprising XI made up of experience and Tommy D to do all the running in midfield. The game was entertaining for a number of reasons; both sides were well matched, the umpiring was consistent, and generally no one had to do too much running (apart from Tommy and the returning Angus G).
Ipswich took the lead through the strength of Baz who held off 10 Magpie defenders before rolling the ball in , before the home team equalised from a PC. The second half was end to end with Magpies taking the lead from an acute angle after an attack down the right before Baz again scored from a brilliant counter attack with Tommy laying off a delicious pass. The only other highlight was the skipper trying to score past Stretch from the halfway line with a lofted pass which went slightly awry; this was in response to Fletts accusing one earlier pass of being slightly off target and one of the worst he had ever seen!
Anyway a draw was a fair result and we head for this Saturday against the league leaders in good spirits.

Come back Andy....all is forgiven.

At Harlston or 12pm at TR