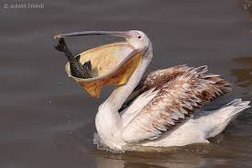 Ipswich provided plenty of tasty morsels to the visiting league leaders who needed no second invitation to dive in and consume the chances. The only upside was that if we had shipped another I could have called the defeat "pieces of eight".
The usually watertight and wise defence of Alan, Langers, Fletts and Ant were filleted by a quicker, slicker and hungry Pelican outfit shipping 3 goals before I had left my berth to arrive on deck. Even Jez was as powerless as a fish out of water to hold back the tide of goals as the team was taken apart like gutted mackerel. Before the tide had gone out it was 6-0 with the only break in the storm being a 50 knot strike by Captain Birdseye Baz into the top bin after typically good work by Greg swimming against the current.
As hard as the boys worked to bale out the water on the return journey it was to no avail and the good ship Ipswich was holed below the water line once more before being rescued by the lifeboat of a yellow card to one of the Pelicans for getting over-excited after failing to land another prize catch. Greg, Smudge, Fletts and Andy C issued a mayday call to try and keep the boat afloat but it was every man for themselves.
The team swam to shore, brushed off the seaweed and accepted that we had been treated like a plucky Lowestoft day-boat at the hands of a cruel Spanish trawler (bring on Brexit); if there was mutinous chat from the crew during the post match it was deserved as I enjoyed not being on the deck as the ship went down.