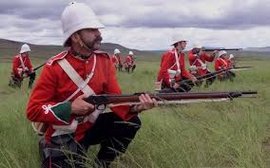 Helped by a commanding performance from Alex Hardwick (returning to the club after a few games at a slightly higher level) the M3 drew 0-0 at Norwich City. Down to 10 men for the majority of the game due to Chris injuring his back (and even 9 for two stints thank to soft green cards for Felix and new Belgian wunderkind Louis) the defence held strong.
A stream of penalty corners were repelled in both halves causing Norwich more and more angst, with Alex called upon to make a series of saves, aided by strong defence from the wise heads of Alan and Sampo. The midfield of Alec (on debut) Andy C, and Mike worked hard to bail out the defence when required, with Dan and Taylor trying to hold a high line to stretch the Norwich defence. In the final minute the immobile Chris had a chance to snatch an undeserved victory but the ball drifted wide. Not our best game, and we will need to improve during the season, but a point was a good reward for such a battling performance.
Share via
FacebookTwitter
https://www.pitchero.com/clubs
Recent news

Meet at Tuddenham Road for those not going directly; Game is at Taverham Recreational Facility NR8 6HP