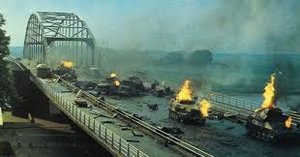 The less said about this game the better. Due to a family emergency we arrived in Kings Lynn with only 10 players and managed to keep the Pelicans out until just before half time due to some good saves from Stretch. After half time was a different story as the Pelicans over-ran the valiant defence, scoring three times in the first 10 minutes of the second half. I could have been worse but for a tantrum by the skipper after a flick had been awarded for a foot - the ball was going wide so it was down graded to a PC - however from the resulting play the skipper deflected the ball into his own net. Remind me to be unavailable for this fixture next year.
The midfield tried hard to stem the flow, and some good play down the flanks from Ant, David, Wrinchy and Mike led to a period of pressure, but we were unable to convert any of the quarter chances.
At least the rain held off until the drive home. Not a game to be recalled with any fondness.
Share via
FacebookTwitter
https://www.pitchero.com/clubs
Recent news