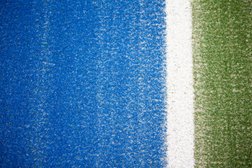 Hi all stretch here as punishment for forgetting to order the bacon rolls!!!

The match was poised to be a great match between two early front runners for promotion with the M3's winning their first 3 games and norwich city 5 having won their first 2 games.

From the start the match exploded into life with end to end action and Ipswich took an early lead with a superb follow up from Tristan Kendall from brilliant cross in from Greg Bott.
After the goal Norwich City upped their game and our defensive army of Ed Downie, Robin Sampson, Cian Steele and David Hosking held back the attack well from a very dominant part of the 1st half till they finally broke though just before the half time whistle.

After a good team talk from Andy Cutting and Steve Askins we fired up for the second half where we absorbed the pressure and a brilliant goal line clearance from Robin Sampson which unfortunally didn't go our way but that's hockey just after the 45th minute. Ipswich struggled to keep up with the relentless attack and on the 52nd minute and a bit of luck managed to score a 3rd.

This awakened the beast inside the Ipswich belly and with the encouraging guidance from our subs especially Mark Kendall on the sideline cheering us on we got our second goal 65th minute from David Hartman.

This changed the game and Ipswich were on now in control of the game and causing mistakes from Norwich and 3 minutes from the end Ipswich equalised with a brilliant strike from Greg Bott. Elation broke out on the pitch with the team believing they could go and win it but time ran out and a draw was final result.

Stretch also somehow managed to get man of the match and d*** of the day with his wizard skills and lanky legs making great saves and clearances and constant communication to the rest of the team.

Notable mention for Neil Stallard stepping up from the M4 to provide his legendary skills to the M3's.

Up next for Ipswich SEVEN M3's is a trip to the seaside to Felixstowe 2's to continue their unbeaten start to the season.