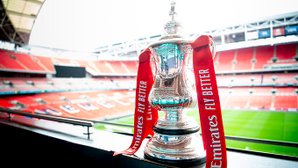 FA Vase 2nd Qualifying Round
Glasshoughton Welfare 1 IRLAM FC 3
Goals from Max Bardsley-Rowe, skipper Ryan Ledson and striker Milan Thompson would prove enough to book the team’s safe passage into the first round proper of the FA Vase.
The next round has been drawn; a home tie against Sunderland side Seaham Red Star is our reward, to be played on Saturday 31st October.
One a below par surface for an FA Vase fixture, our players would have to adapt quickly to the conditions, swirly rain giving all the ingredients for a tricky afternoon, but with just 5 minutes on the board, Irlam wide man Bardsley-Rowe would calm the nerves as he ran through on goal, cutting inside from the right before firing below the home keeper to give Irlam a quick lead.
The game itself was not exactly the easiest on the eye, the home players proving difficult to keep tabs on as the popped up all over the pitch in an unorthodox way.Despite this, the one goal lead remained intact at the break.
The second half would see Irlam dominate the fixture, but a second goal would still be welcome, and on 56 minutes an Oscar Campbell free kick was whipped into the home area, Irlam skipper Ryan Ledson first to react as he flicked the ball over the Glasshoughton goalies shoulder and in for a 2-0 lead.
The game would continue in similar fashion as pressure built on the home goal. Numerous chances came and went for Irlam, Nicholas, Rowe and Barnes all going close, but it fell to Irlam forward Milan Thompson to end the contest when he drove at the home defence before firing low toward the near post, the ball flashing past the outstretched keeper to make it 3-0.
A 90th minute goal for the hosts would put an end to Irlam keeper Lee Whites clean sheet, but on the final whistle , the team and coaches were very satisfied with a job well done.
Share via
FacebookTwitter
https://www.pitchero.com/clubs
Recent news