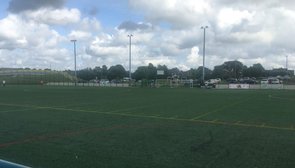 After two league fixtures postponed recently due to weather, but managing to fit a useful friendly fixture in against Atherton Collieries, Irlam make the short trip to Skelmersdale UTD's One Call Stadium at the JMO Sports Park this Saturday.
Skelmersdale, currently sitting in 2nd spot in the table are having a terrific campaign and are on 69 points so far, with 40 of those points coming from results at the JMO, and only one loss so far at home this season, which was against Longridge on the opening day of the season.
Their current form in the league form table shows Skelmersdale in 9th spot, with a couple of away defeats either side of a 3-0 home win against Barnoldswick recently.
Irlam travel to Skelmersdale in good form, and with 5 wins and a draw in the last six outings, a mid season revamp of the squad is now delivering some excellent performances home and away.
A home draw against Macclesfield in the tightest of games, followed by a 2-1 victory against Avro suggests that Irlam should be much higher than their current league spot of 8th position.A long run of defeats mid season had everyone at the Club frustrated, non more so than our management team who acted quickly to reverse the situation. Our current excellent form places us in 2nd position in the league form table, behind league leaders Macclesfield.
Recent meetings between both Clubs this season both took place at Irlam's RG3 Digital Stadium, with Skelmersdale running out convincing 5-1 winners to end Irlam's short run in the FA Cup back in August, whilst one month later Irlam would run out 1-0 winners in the league courtesy of a 14th minute Max-Bardsley-Rowe penalty.
All adds to up to a fixture that proves to be a difficult one to predict, but its sure to be an entertaining 90 minutes of football tomorrow afternoon. Kick off is 3pm.