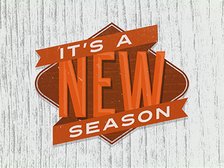 The make-up of clubs for the new season confirmed.

This week the league administrators have shared details of the teams who will contest the London & SE leagues in 2020-21, including London 1 South.

Fixtures will be announced in due course - there are a few clubs there who King's haven't seen for some years and in the case of London Welsh possibly ever in a mens' 1XV fixture.

Plenty to look forward to and with the exit of 3 Kent clubs, 1 Hampshire side, 1 from Essex and Belsize Park in North London replaced by 2 from Surrey, 1 West Sussex outfit and 4 teams in SW London the travel has certainly been reduced so no excuse not to support the boys home and away!!