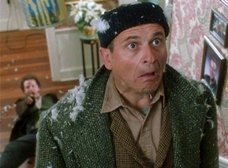 The Home Fires Are Lit

The first home game of the season yields an excellent victory and leaves King’s in fourth place after two rounds in a fledgling London 2SW table.

After a narrow, but pleasing, away win last week at Effingham & Leatherhead, home followers this week got their chance to cast an eye over the KCS Old Boys 1XV in what was the inaugural meeting with Old Tonbridgians RFC. Tonbridge has a fine reputation for its ferociously competitive school sides, and OTs founded just 7 years ago are apparently paying homage to that tradition and have accelerated through the Surrey and London leagues winning 6 promotions along the way. Their form was there for all to see – coming into the game they had lost just once in 2016 (away at Trojans in February on their way to the runners-up spot in L3SW) and last week comfortably dispatched Warlingham 48-18 to record their first win at level 7.

For King’s the new campaign brought no little change, and whilst Sam Richards continues to hold the coaching reins, new captain Tom Dugarin made his first league appearance of 16-17 in a team much altered from last season (there were two more league debuts today to supplement the eight last week), and even showing six variations from the starting XV seven days ago. With anticipation in the air and two teams equally enthusiastic to let fly that most traditional of conventions, a shrill blast of the whistle, signalled the start of the action.

King’s supporters had less than five minutes to wait before they saw the first points of day, although they came from the boot of the OT kicker who stroked over a penalty awarded for not rolling away; 0-3. King’s response was immediate and two minutes later Rory Jones stepped up equally successfully (despite the unusual sight of the OT winger attempting to charge the kick) after OT collapsed a maul; 3-3. In the ten minutes or more than followed OT exerted significant pressure with bullocking runs from their burly locks and loose forwards and their talented outside half doing his best to conjure a way through for the centres. As it transpired the home side’s commendable resilience in this period was arguably the turning point of the match since OTs, and one or two spectators, appeared genuinely confounded at how they hadn’t scored.

Having composed themselves, King’s went on the offensive and although they were denied one very obvious penalty for a defender playing the ball off his feet their endeavours were rewarded moments later when OTs were rumbled pulling down a King’s jumper at a line-out. Their transgression went unpunished though as Jones’ penalty slid wide. Keen to make amends, he was soon on the move and from inside King’s territory the outside-half broke the defensive shackles and raced to the 10m line before being tackled, the attack eventually halted by the OT No.13 illegally flying in at the side of the ensuing ruck. King’s kicked from the corner but the line-out was knocked on. They were not to be denied for long, and with half-time imminent another 5m line-out was better executed and this time OTs were unable to resist the pressure and George Ross crossed for his first try for the club, which Jones improved; 10-3.

OT may have been down, but they were a long way from out, and Coach Richards made it clear to the King’s players that nothing less, and if anything even more, than the same again would be required in the second forty. Rory Jones picked up where he left off and more fast footwork saw him surge in the OT half where he was only stopped by a high tackle, but with the referee playing advantage the ball was quickly recycled to Luke Minors, Tom Dugarin then Duncan Bucknell who came achingly close to a try on his home debut. Cynically, but probably quite wisely, the OT full-back ‘took one for the team’ in conceding a penalty and in so doing collected a yellow card for his troubles. King’s opted for the scrum and a couple of phases later plunged on to the whitewash but the unsighted referee did not feel able to award a score.

The respite for OTs was to be short-lived however as King’s were firmly on the front foot and soon after a dash to the corner again saw the hosts within feet of the line. With OTs over committed on the right hand side Jones put a cultured boot on the ball, his cross kick sitting up just as a winger would want and Tom Smith finished well close to the flag for an unconverted try; 15-3. OT needed to score next, and they did, a penalty awarded 30m out for side-entry and their dead-eye kicker made no mistake; 15-6. The game was being played at good tempo and coming into the last quarter gaps were beginning to open on both sides. Seeing space behind the OT defensive line Jones put in an intelligent kick towards the right wing where Harrison David scooped the ball up and hared onwards. His opposite man recovered to make the tackle, but a wonderfully dextrous offload back inside saw the ball in the hands of Rory Jones who capped a fine individual performance with a try duly supplemented with the extras; 22-6.

OTs are not a team accustomed to losing and when they do it’s rarely by more than a score, indeed last season whilst they lost five games the losing margin was greater than 5pts only once as Teddington inflicted a 37-19 opening day defeat. The ‘Sticky Bandits’ were not done, and even though time and the odds were against them they knuckled down to the task in hand and manufactured a 4-on-1 overlap on the left-hand side and it was their speedy No.12 who crossed beneath the poles giving his kicker an easy goal; 22-13. With injury time being played OTs smelled a bonus point and the heavy cavalry began making yards, their powerful No.8 (and MOM) to the fore as he was all game. Their efforts were rewarded in the last play from close range although this time there was to be no conversion; 22-18.

King’s can reflect on the result with legitimate satisfaction as OTs will trouble plenty in this league with their mix of brawn and brains and an appetite for playing fast rugby; we shall look forward to seeing them again in the last game of 2016. For King’s next up are local rivals and old foe, London Cornish who today went to Warlingham and compounded their host’s early season woes beating them 0-65. Both teams go into the game undefeated and as ever, nothing less than excellent performance will be required if King’s are to leave with an unblemished record.