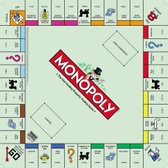 King’s Pass Go But Fail To Build At Park Lane

Despite a spirited start and the benefit of a two try lead, King’s are eventually overcome by their dogged and determined hosts.

Coming into the fixture both King’s and Old Reigatian had enjoyed plentiful success thus far in the league campaign, having lost just three games between them and won eleven, both sides having been bettered by London Cornish and King’s last week by Winchester. Whilst there remains two-thirds of the season to play, the top step of the podium already looks like Cornish’s to lose, but the race for second is very much alive and both today’s protagonists, along with Winchester, Camberley and others, all would be hoping to be in that play-off place come April. Perhaps having sensed an opportunity existed in 2016-17 for upward progress, OR have invested heavily not just in their impressive Park Lane facilities but also in the appointment of Ritchie Andrews, erstwhile Dorking RFC, as their new DoR. Under his tutelage, and with player coach Jonny Hylton in situ, OR would have been hoping for a change of fortune as the men in green an blue had not won against King’s at home since January 2010 a record they were doubtless anxious to be rid of.

Speaking of changes, King’s had made 7 personnel changes from the previous week, as well as further positional alternations. Even more remarkable was that from the XV that took the field in January when King’s last visited OR, just two starters did so again today. Still, it is the lottery of injuries and unavailability that all amateur sides must contend with and having made the necessary allowances the King’s side were glad to welcome David Lawson on his 1XV debut. Under uniform grey, but dry, skies at 1431 the whistle blew.

From the off King’s went on the front foot and within three minutes Kristian Cook was calling for the kicking tee as OR failed to roll away, although his strike drifted wide. No sooner had OR restarted than they were retreating towards into their 22 as another King’s penalty was kicked to the corner. King’s surged for the line, Duncan Bucknell coming close, and when the ball was swung wide Rory Jones was on hand to collect an offload from Will Kibblewhite and cross the whitewash next to the flag for an unconverted try; 0-5. With the wind behind them literally and metaphorically, King’s came again and when OR ceded possession with a directionless kick into midfield full-back Jones returned it with interest breezing past several bewildered would-be tacklers before releasing Luke Minors who powered on. Although Minors was halted just short, OR’s retreating defence could this time do nothing to stop Bucknell crossing for King’s second try, which Cook improved; 0-12.

With a little over eight minutes played King’s could barely have wished for a better start, and the home supporters were looking on amid murmurs of anxiety. Fortunately for them, any nervousness they may have felt was not being transmitted to the players and in the period of ten minutes or so which followed OR tightened up, the action resembling something of an arm-wrestle. Just as the game entered its second quarter King’s were pinged for holding on and Hylton did the necessary; 3-12. OR were pressing hard and with 25mins played called upon their trademark rolling maul which produced a first (unconverted) try for the home side; 8-12. Back within a score OR were playing with confidence and it was fly-half Hylton who was the architect of OR’s second try showing impressive sleight of hand to create space for a grateful lock to gallop home; 13-12.

After such early promise King’s feathers had been ruffled and disrupted by injuries in the pack two early substitutions were required. Having composed themselves the visitors once again set about their work and Kibblewhite came close as OR were stretched out wide. OR clearly sensed the danger and some play perhaps best described as pragmatic ensued, penalties being conceded and the clock slowed in a bid to disrupt King’s momentum. From one penalty Cook missed from the tee as OR failed to release, and when the next transgression occurred King’s elected to go to the corner. No sooner was the maul formed than it was collapsed and this time OR lost their No.8 to the bin. Despite the concerted efforts of the visitors, Tom Dugarin coming closest, OR held out manfully and soon after the break was signalled.

Whilst OR retreated to the dressing room as King’s remained on the pitch, both sides would reflect on a first forty that had not disappointed, each displaying plenty of gusto and invention as would be hoped for in a ‘top of the table’ clash. That said, the early exchanges in the second half offered little to excite except to those who enjoy soft penalties and interminable scrums, the culmination of which was a strong sniping finish from the home No.9 who extended his side’s lead; 18-12. Not to be outdone King’s took a cue from their hosts bullying their way into the OR 22 and when the ball came to Jones with two outside him the outcome looked inevitable. Not so however, as when he stepped inside the grateful defence smothered the immediate danger and instead it was left to the King’s pack to finish the job the three-quarters had started as Barry Williams was bundled over; 18-17.

OR were at this stage restored to their full complement, but this was to last just three minutes as the referee this time summoned their hooker, and skipper, warning him he was “lucky it was not a red” for careless use of the boot before he too was sent to the cooler. Despite their numerical disadvantage OR controlled possession sensibly during this period and when the chance came they exploited it with brutal effectiveness, cutting through the King’s midfield from their own 22 and going the length of the pitch to score a fine breakaway try; 25-17. With daylight once again separating the teams but still 19mins of normal time to go, King’s would still have hoped they could salvage something from the game. Alas, it was not to be as the curse of the curious penalties struck again and King’s regularly incurred the displeasure of the man in the middle. Indeed with time almost up King’s found themselves relieved of the services of one of their own by way of a yellow and taking full advantage OR pressed on and manufactured and overlap which their inside centre couldn’t fail to capitalise on as he closed out the scoring and the match; 30-17.

Whilst King’s will be predictably be disappointed to have left Park Lane with nothing to show for their endeavour, there can be no denying that this OR team was deserving of the win. Notwithstanding having started in second gear when tested they were composed and efficient in finding a way to contain their visitors and build a platform from which they could play their own game. The ruthlessness which may have been lacking in years gone by is, by their own admission, now there to see and there can be no doubt they will be difficult to beat home or away. Having had to contend with two tricky away games King’s now have a week to recover their poise before third place Camberley, champions of L3SW in 2015-16, come to Motspur Park on 19th November for what will be another keenly contested encounter.