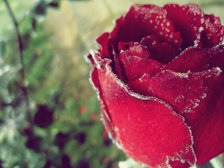 In the cold November rain the 1XV snap out of their recent malaise with a hard fought win versus the reigning L3SW champions.

King’s ultimately prevailed in a dour, error-strewn and physical struggle, in a tight game for the connoisseurs, and for experts in the dark arts of the front row.

Camberley have beefed up their team with some new signings, and they had players of quality at 8, 9, 13 and 14. They set out to play open, running rugby, matching King’s preferred style. The tenacity and courage of the King’s performance is reflected in the zero tries that were conceded by the home side against a slick back division. Camberley’s outsides are one of the few outfits we’ve seen at this level who can approach King’s standards of skill and speed – so the battle was ultimately decided in the forwards, where the lighter King’s pack ultimately edged the clash. Everyone played a role, with hard and tight tackling, and rapid reorganisation when danger threatened. Special mention must be made of the props Brett Williams and Joe Mason, both of whom put in strong and technically excellent and well-disciplined 80 minute efforts.

First half scoring was restricted to an exchange of penalty goals. Both team’s attempts to break through in midfield and wide were thwarted by sound defence and some poor handling, which deteriorated as the afternoon cooled noticeably.

The crucial score came early in the second half. King’s launched a series of close range attacks, and the mounting count of red zone penalties conceded by the visitors must have brought a yellow-carding perilously close. King’s elected to scrum from 5 meters close to the left touchline, and the speed of hooker Sam Rhodes’ successful strike gave scrum half James Sharp little alternative to snapping a fast pass out to Jones. Jones promptly served Dugarin, who shipped the ball on to his centre partner Luke Minors. Dugarin looped around to take Minors’ return pass, and this manoeuvre was just enough to open a gap for Dugarin to race through and plunge over a despairing tackler to touch down wide out on the right.

The game continued as a fierce attritional battle to the end, as one defensive lapse could have been enough to reverse the result. King’s better discipline was certainly an important factor in securing the win, though the team (and the supporters) would have welcomed a few longer defensive clearances. A key decision was the arrival of Jonny Kiddle at hooker as an authentic impact sub, as our former captain’s finely tuned bulk swung the momentum in the final minutes, with the King’s pack driving back their opponents at several set scrums.

Camberley were disappointed to come away with a single bonus point. They are clearly dangerous opponents for anyone in this league, and we can look forward to our return visit in March.

Please be at the ground in good time.