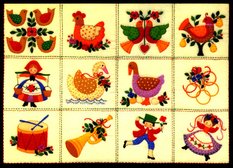 It may be a little too soon for the twelve days of Christmas that didn’t stop King’s playing Scrooge to send Andover away calling humbug.

For just the second time since the end of October King’s returned to Motspur Park, on this occasion to host Andover RFC’s ‘All Blacks’ in a third plays tenth encounter. In the intervening weeks King’s first recorded two away losses, but recovered with narrow wins at home against Camberley and then away at Portsmouth. In the same period Andover have found the league to be tough going, at least on the road, but on their own patch ran London Exiles close and comprehensively beat Warlingham. Their London Cornish and Twickenham results aside, Andover have been competitive in all their games and having plundered 47 points on their last visit to KT3 King’s were anxious to redress the balance.

The teamsheet today showed six alterations to the starting XV at Portsmouth, David Lawson, Sam Young, Diggy Forshaw, Kristian Cook, Calum Williams and Harrison David coming in with Barry Williams, Henry Binnian and Nick Burberry missing out, Rory Jones and Jack Dension injured and Jonny Kiddle moving to the bench. With two changes at lock, Guy Tyler moving to the openside, Duncan Bucknell shifting to blindside and Diggy Forshaw at No.8 the pack especially had a noticeably different make up.

The game quickly took the form which, as it transpired, it was to follow as Andover sought to make inroads running direct and testing King’s fringe defence. With 9mins on the clock, from a penalty, Andover kicked for the corner but knocked the ball on at the ensuing lineout and King’s won a turnover. As Kristian Cook went to run the home side out of their 22 the referee deemed his inside pass to Joe Mason forward and with the advantage King’s were playing lost, a scrum was awarded. Using their considerable bulk, the visitors turned the ball over at the first set-piece, at the second they got ‘the nudge’, as the third one moved toward the King’s line the referee decided to save Andover the work and awarded a penalty try; 0-7.

At this stage Andover may have hoped that they would be able to bully King’s for the 70 remaining minutes, but one swallow does not a summer make and King’s had their own ideas and set about attempting to pull Andover side to side. Whilst admirable it did not reap immediate results although from a period of pressure a driven lineout on the Andover 5m line saw King’s open their account, Joe Mason crossing close to the flag for an unconverted try; 5-7. King’s adventure in the three-quarters was beginning to ask questions of the inexperienced Andover outside backs with Will Kibblewhite and Luke Minors both making good ground on their respective wings. With the game barely into its second quarter King’s were awarded a penalty which Tom Dugarin stroked over for a narrow lead; 8-7.

In the time that remained both teams had their moments, first it was Andover’s turn as they pinned the home side in their 22 and eventually the host’s were reduced to 14 as Duncan Bucknell received a team yellow for continued infringements. With a scrum awarded 5m out, it seemed quite conceivable Andover would repeat their early success, but it was not to be as King’s manufactured an escape much to the relief of home supporters. Not to be outdone King’s, with Calum Williams prominent, took the game to Andover and it appeared the Old Boys must score when they crossed the line but somehow, by fair means or foul, an Andover hand managed to knock the ball into touch in goal. The man in the middle declined to award the customary 5m scrum preferring instead a 22m drop-out and Andover were able to see off the danger and a moment later the half-time whistle sounded.

The reality of just five points from open play in the opening stanza told a story in itself, and whilst there was no lack of effort from the sides there had not been much to excite the neutral. That said, anticipating which of the contrasting styles on display would win out was far from clear and the uncertain outcome made for an interesting conundrum. As it was, with the half just 4mins old, Andover blinked first conceding a penalty which Tom Dugarin kicked to extend his side’s lead; 11-7. In this back-and-forth encounter it was no surprise to see Andover back in the home 22, and after another multi-phase All Black attack King’s did well not to concede any points despite the sustained pressure.

With the game entering its last quarter the hosts endeavoured to excerpt their superiority on the flanks, Luke Minors the first to be denied, halted only by an unpenalised high tackle before Harrison David was once again frustrated by a last gasp Andover intervention over the line when a try seemed certain. Just moments later the home side again defied the odds making the easy look hard when, after a cross-kick from Kristian Cook, somehow a three-on-zero was squandered and the ball knocked on. With the teams locked in an apparent stalemate the rugby worm began slowly to turn as Andover lost their scrum-half to the bin for killing the ball and Tom Dugarin kicked the resulting penalty; 14-7.

For King’s the window of opportunity had opened and when a turnover was won, James Sharpe hit Tom Dugarin who fed Kristian Cook, he in turn released Will Kibblewhite and, at last, King’s made the breakthrough they had so eagerly been seeking; 19-7. Any premature excitement was quickly tempered however as with 39mins played Andover surged forward and seeing the King’s defence closing in their fly-half dinked the neatest of chips over the onrushing wall of limbs before winning the race to touch down in the shadow of the posts for a well-taken individual (converted) try; 19-14. Andover hoped that they might just be about to pull the rug from beneath King’s feet, but it was not to be. Just as cool heads were required Andover were pinged for not straight at the lineout and when King’s opted for one of their own which Sam Young secured well, as he had all day, King’s drove forward. As the ball fizzed wide Tom Dugarin found Will Kibblewhite in space and still with plenty to do the winger powered on and across the line for a try with the last play; 24-14.

Andover, by their own admission, came with a game plan to keep King’s honest up front and to try and neutralise the threat which lurked out wide. For 70mins that plan worked and on another day they would have left with at least one point for what was a spirited effort from a gritty and determined side who had travelled with just 16 players, several of who were forced to play out of position. Like Portsmouth, their league position betrays their ability and resourcefulness and we wish them well for their remaining fixtures.

King’s have enjoyed an excellent ‘first half’ of the season, 8 wins set against 3 losses and have an umblemished home record with 5 wins from 5. The second half of the campaign will present its own challenges as teams scrap for position at the top and bottom of the league, but if the performances seen so far can be transposed into 2017 then King’s can, and should, look forward to those encounters with justifiable optimism. Before then a short trip to Richmond and a game with Old Tonbridgians, who have an impressive home record of their own with 5 wins from 6, awaits as the two Old Boys go toe-to-toe in the last game of the calendar year.

Early ko at 2pm so please be at club in good time.