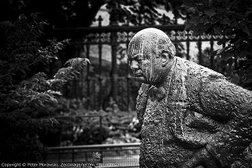 Success Is Not Final, Failure Is Not Fatal; It Is The Courage To Continue That Counts

Some days you’re the pigeon, others you’re the statue (Herman, Kevin). Today King’s were very definitely the Churchill to Old Tonbridgian’s Columbidae.

OT’s band of brothers replete in their Barbarians FC sock selection have proved to be a tough nut to crack on their own patch, the only other old boys team in L2SW, Reigatians, having been the sole side to better them in SW London. Were it not for their away form which has yielded just 4 losing bonus points they would be several places higher in the league than they are. Away form is crucial to success at any level of sport and this league is no exception. The six sides in the lower half of the league have mustered only 6 wins between them in 35 attempts – three by Exiles, two by Pompey and one from Effingham & Leatherhead. That said, this this was all academic with King’s the visitors today, and of more pressing concern was how they would adapt to dreich weather conditions and a pitch whose undulations would have made for an interesting GCSE Geography exam question.

The King’s side which took the field was unrecognisable from that which had overcome OT back in Round 2, showing just 5 survivors, only 3 of whom were in the same position. Indeed, five changes were made from 7 days hence and although the backline showed just one alteration the pack differed significantly not least in the second row where King’s fielded the seventh different combination in as many games with Duncan Bucknell pressed into action in unfamiliar environs. Into the back row came James Radcliff for a first appearance after injury since October 1st and a season debut for hooker turned back-row Harry Wakefield. And so to the action, such as it was…

Within 7mins of the start King’s were behind in a series of events which proved to be a portent of the 73mins+ which lay ahead of them. As King’s attacked inside the OT half, Kristian Cook looked to thread a grubber kick through the OT defence, but his ambition was thwarted as the ball struck a defender’s shin and ricocheted back in the direction from which it came. With King’s players to a man now urgently seeking reverse gear OT adeptly hacked the ball on not once, nor twice but three times, the last across the try-line, and as the attacker and full-back Max Morgan collided under the posts the former went to ground. Was it a trip? If so, a penalty try and yellow card surely. Was it accidental? In which case, play goes on. The referee decided on a novel combination of the two, awarding the PT but no more and with that OT were in front; 7-0.

King’s regathered and set about seeking their own first score, but something was lacking, they were submissive in contact, making poor decisions and exhibiting a marked lack of intensity, whilst OT were exhibiting strength in all these areas and more. It was, therefore, no less than they deserved when they extended their lead with a penalty for side-entry on 19mins; 10-0. Again King’s came at OT and three minutes later won a penalty of their own, a rare commodity as it would transpire, but the kick was missed. With OT having it mostly their own way at scrum time and King’s accuracy with even basic skills mysteriously lacking, the visitors were looking worrying short of ideas. Even a sin-bin for the home side didn’t slow them and when another penalty was conceded, this one for a high-tackle, OT took the three; 13-0.

Not before time this score did prompt a reaction and King’s strung their first meaningful attack together with the midfield making ground before Joe Mason did what he does best, worming his way over the line. Alas, he was correctly adjudged held-up and King’s had to settle for a scrum. From it King’s unfurled a set-play, Will Kibblewhite in off his wing halted only by a high-tackle, the referee raised his arm as if to indicate advantage was to be played, but no sooner had he done so than he returned the limb to its staunch resting place by his side and OT cleared the danger. It was increasingly ‘that sort of a day’. In what remained of the half OT lost their No.10 to injury and the action was restricted to the middle third of the pitch, the half, fittingly, ending with a King’s knock-on.

When the teams last met there had been 13pts scored in the first period that day too, 10 to King’s and 3 to the visitors. Today the seven point margin was almost double, and it felt that way. For all King’s endeavour they had been blunt and with their formidable home record and a boisterous and opinionated crowd full to bursting with Christmas cheer, King’s needed an immediate reply. From the off King’s looked like just maybe they had learned from their mistakes, suddenly passes were being held and off-loads stuck as the visitors strung not less than a dozen phases together and zeroed in on the OT line. Sure enough a penalty advantage came as the OT No.8 launched himself over a ruck, then the referee’s arm went to full head high extension and a yellow-card was flashed. But wait, the card had gone to James Radcliff for a clear-out of the perpetrator deemed dangerous by the man in green, and as the ball was kicked clear the OT collective sigh of relief was almost audible.

Two minutes later King’s came again, Luke Minors making good ground to within feet of the line before being bundled into touch. From the resulting 5m defensive lineout OT were driven backwards, held-up then turned over and when the ball went wide it looked as if maybe, just maybe, this was to be it. It’s the hope that kills you as a supporter, and frankly it came as no surprise that OT intercepted the ball in midfield and sprinted into the King’s half. Winning a penalty the OT scrum-half went quick and couple of phases later it was only last gasp defence that saw the home side spill the ball over the line. True to form whilst King’s were able to kick clear, they knocked on the lineout and ceded possession for the umpteenth time. Having wrestled the ball back, no greater care was taken with it than moments previous and this time a missed kick to touch was returned with devastating effect as first the OT left wing skilfully slipped a tackle to get inside the King’s 22, and from the breakdown his back-row team-mate simply brushed off an ineffective attempt at ruck defence to steam over for the converted score that ended the match as a contest; 20-0.

Going into the last quarter, King’s had a decision to make, were they going to simply cut their losses and play for the full-time whistle or were they to try and salvage something, anything, from the game. The answer was that the visitors never stopped trying but frankly on the day they were whistling in the wind. The introduction of Barry Williams and George Taylor added some pep to the back-row and midfield respectively but even when OT ceded a penalty for an unabashed no-arms tackle, King’s contrived to hand the ball back at the next phase, the referee holding them accountable for a bout of playground fisticuffs. Indeed, OT had not finished scoring and added a further penalty for holding-on; 23-0.

There was now just 10 minutes of the 80 remaining (16 were eventually played) there was, at last for King’s followers, a change in momentum. Perhaps it was pride, King’s not wanting to be beaten to nil (something which has not happened on the road since January 2013), perhaps it was OT deciding that their work here was done; perhaps a little of both. Regardless, whilst King’s still couldn’t buy a penalty despite six or more successive phases ending with OT killing the ball or offside, they did, as OT had done to King’s back in September, manage to conjure two late tries as Will Kibblewhite added to an already impressive season tally, the second the last action of the match.

Make no mistake, whilst King’s players, coaches and supporters will hope it’s a long time before they see a performance so error strewn and, at times, docile as the one that was played out, OT showed that as they signalled when the teams first met, they are a competitive side and should have no problems extending their stay in the league. Indeed with the points as close as they are, just 5 separating fourth place King’s from eighth place Exiles, they may well have designs on a loftier finish and if they can find a way to win away then they will more than likely achieve it.

For King’s today was a disappointment, the first loss to a side below them in the table, but that said they have had a good run to this point and although placed fourth still have the third most winningest (it’s a word, thank the Americans) record in the league. One ongoing frustration is the lack of BPs, just 3, which is fewer than all sides bar Warlingham, and a long way adrift of the teams above and below them in the table – Camberley and Twickenham respectively – who have garnered eleven a piece. Still, there’s plenty to be encouraged by and let us hope the second half of season brings as much entertainment and success as the first has. Until then, Merry Christmas and happy new year!