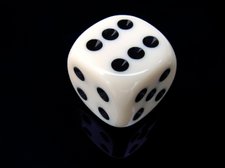 The Joy Of Six

After six tries and not less than six kickable penalties declined, six inches of post is all the stood between King’s and Cornish after a breathless eighty minutes.

In the first encounter of 2017, undefeated London Cornish made the shortest journey of their season, just four miles to Motspur Park in this most local of derbies. The clubs know one another well and in September the men in black and gold and put in a powerful performance to dispatch the Old Boys 41-14. That was their third win of the season and since then Cornish have mustered a further nine, their quest to avoid the lottery of the play-off was in the best possible shape as observers would have to go back to 1st October to see the last time they failed to achieve maximum five points from a match. Going into today’s clash Cornish sat 10pts clear of second place Old Reigatians and 23pts ahead of their hosts. In the 2015-16 King’s had toppled Cornish 27-21 in the corresponding fixture, those gathered knew King’s had it in them, but were equally sure the visitors would be as determined as ever to keep their 100% record intact.

From the XV who played Cornish away, just six did so again today, and only three in the same position. Once again the forwards showed the most change, with a completely different back five from the first game, and needless to say a different lock pairing, Sam Young and David Lawson united for just the second time the season. The backline remained stable from King’s subdued last outing, only Max Morgan moving to the bench for the reintroduction of Rory Jones at full-back. So it was that under stodgy grey skies the young referee officiating for the first time at Level 7 put his whistle to his lips at 2pm.

From the off Cornish set about their work with zeal and two early penalties allowed them to secure territory and a steady stream of possession. The first scrum was signalled early and Cornish supporters were doubtless left disappointed as despite a significant weight advantage it barely moved an inch towards the King’s line, Harry Wakefield driving powerfully from the back before Kristian Cook kicked King’s out of their half. The respite was to be relatively short-lived however as with seven on the clock Cornish were awarded a penalty which they duly kicked; 0-3. Within four minutes King’s were level as James Sharpe was played without the ball at the back of a scrum, Tom Dugarin did the rest; 3-3. The game was flowing fast, interrupted only by penalties which were signalled at a steady rate for both sides. It was then, with a little over a quarter of an hour gone, that the Cornish full-back, David Smith (erstwhile Northampton Saints and England Sevens), introduced himself with an incisive break and telling offload to his blindside flanker who had strength enough to claw his way to the whitewash for a try that was converted; 3-10.

The Cornish lead was to last only six minutes, as having won clean ball in the midfield, David Lawson hit a great line, collecting an offload 25m out then smashing through the Cornish openside with a hand-off that left the defender looking on despondently as the lock cantered under the posts. Tom Dugarin added the extras; 10-10. The basketball scoring showed no sign of abating as on the half hour Cornish manufactured a try from a maul, of sorts, with not less than twenty players simultaneously collapsing on the line, but the referee was satisfied the ball was where it needed to be. A fine conversion from wide on the right followed; 10-17.

King’s steeled themselves for another assault and were making progress until halted by a curious penalty awarded against James Sharpe for not releasing when having fallen on the ball he plainly had been given no opportunity to play it. Still, Cornish weren’t concerned and they kicked for the corner and all gathered knew that this was exactly the sort of platform from which they would seek to unleash their rolling maul. The plan was faultless, the execution less so as King’s promptly turned the ball over. From the scrum Cornish did likewise and were awarded a penalty which, no surprise, they kicked to the corner. Again, they were turned over. King’s tried to escape but were bundled to touch. From the lineout Cornish were awarded a penalty. Would they kick? Scrum. Alas for the visitors it went nowhere and Luke Minors was eventually able to kick clear. A frustrated Cornish saw out the half conceding a penalty for a high-tackle which the hosts punted to touch.

Any fear of post Christmas lassitude had been well and truly dispelled and the teams had produced an entertaining a half as had been seen for some time. One thing Cornish, quite rightly, pride themselves on this season is their second half stamina, and although King’s were only a score adrift the feeling was that the next one could be telling. Within three minutes of the restart that chance was presented as the Old Boys ceded a penalty for offside in midfield. Fortunately from the home supporters’ perspective, the kick was missed. What followed had more than a whiff of Groundhog Day about it as having been awarded a penalty Cornish went for the corner. And, in keeping with tradition, were turned over. From the scrum Cornish won another penalty as Joe Mason seemingly could do nothing to appease the official, and lo, Cornish kicked to the corner. A maul. Another penalty. Another kick to the corner. With the direct approach reaping nothing, the ball went wide and this time Rory Jones achieved the honour of being the first to fall foul of the new directive concerning contact with head in the tackle as he was ordered to the bin. After five minutes more of increasingly wearisome scrums punctuated by turnovers, two penalties and a free-kick the King’s resistance broke at last as the Cornish 13 slipped though the gap where Jones would have been to score; 10-22.

It had taken Cornish seventeen minutes to breach the King’s line, it took the Old Boys six to respond. Having squandered ball at a lineout Cornish kicked clear but Kristian Cook spotted a gap and lofted the ball into space where an onrushing Tom Dugarin gathered. Whilst he was stopped short, Luke Minors brought play closer to the Cornish line and it was left to David Lawson to double his tally for the day (and the season) from close range, before Tom Dugarin added two more; 17-22. With the game in its final quarter King’s were closer than most have been at this stage, the hosts sensed that just perhaps Cornish were human after all. Certainly the Cornish defence was beginning to get desperate, straying so far offside that five minutes later the visitors’ fly-half was almost stood at first receiver as James Sharpe flung the ball to the space he hoped to find Kristian Cook in. Miraculously the ball bypassed the Cornish player and centres Tom Dugarin and Calum Williams fixed their men giving the space the returning Rory Jones he needed to sprint to the line; 22-22.

Coming into the match King’s had not lost at home, Cornish had not lost at all. With only one draw in the seventy two London 2SW games to date, the odds on another would have been long and with fifteen to play there was ample time for all the points to go one way or the other. As it transpired, only two chances of note were to materialise, both to King’s. The first came as the normally slick Cornish exit strategy backfired, a burst from their No.8 saw him offload straight into his teammate’s shin and as the ball ricocheted forward King’s fell on it and simultaneously the Cornish 12 flopped on to the prone player. Despite his protestations the referee gave a penalty and Tom Dugarin pointed to the posts. This time though the sigh of relief came from the other side of the pitch as the ball smashed against the outside of the post and bounced safe. King’s came again, Will Kibblewhite tackled high as he sought to wind a way through a maze of defenders. King’s attacked from the ensuing lineout but this time Cornish were able to steal the ball. When King’s won it back they came again, and again were stopped by a high tackle. Another penalty, this one from further out and wider than the last. Kristian Cook stepped up, but his strike was not clean and the ball bobbled dead, and so it was the match ended soon after the deadlock unbroken.

The game really was a pleasure to watch. The teams both played a fast, physical game with tempo and guile and in a spirit that reflected what is possible when the combatants concentrate on rugby without the posturing. As Cornish said of their own performance it was a game they “should have won, could have lost and finally settled for a draw” – well the same could be said of King’s, as on another day one of the three missed kicks at the end would have been successful and the outcome different. That said, King’s defence on the day was magnificent (your correspondent’s MOM David Lawson for what it’s worth) and to hold the league leaders – who extended their advantage at the top to 12pts with results elsewhere going their way – was no small achievement. Of course we wish Cornish well in their promotion push and look forward to our next meeting, whenever that may be.

Next up for King’s is a trip to the proverbial banana-skin that is London Exiles. This time last year King’s went to Barnes and were beaten by a combination of poor game management and some slick Exiles' backs, if they want to avoid a repeat then replicating the graft that went into today’s performance would be a good place to start.