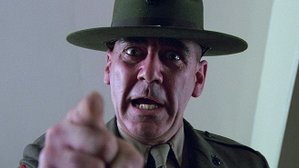 You're So Ugly You Could Be A Modern Art Masterpiece

Some games do not deserve retelling. This was one.

King’s arrived in the guano strewn wilds of SW13 knowing that London Exiles are an awkward side, you never know who or what to expect least, but you do know it will be a tussle. Last season’s corresponding fixture was a largely dour encounter not helped by some irresolute officiating but was at least enlivened by a sprinkling of tries. Frankly, compared to what played out this time, that game felt like Australia v New Zealand in Sydney, 2000*. So, as briefly as possible…

King’s attacked away from the river in the first half and took the lead from a Tom Dugarin penalty. Exiles struck back on 20mins with a scrambled try from a 5m scrum. They added a penalty of their own and led 8-3 at the break.

After half-time Exiles camped on the King’s line for not less than 20mins before stout defence was breached as eventually the home team found a way over. The try was converted; 15-3. Remarkably King’s were awarded not one penalty in the second forty, so on that basis Exiles should be commended for a literally faultless performance in that period. The hosts kicked one more penalty before the referee let everyone go home; 18-3.

After the high of the London Cornish game, this was a definite low, but a week off now and a chance to go again when 4th place Twickenham come to Motspur Park on the 28th. Twickenham are on a run of five wins in six – they too went down to Exiles away before Christmas – having thumped Winchester (56-22) and Warlingham (82-0) since the turn of the year, and given they lost 18-30 to King’s at home will be doubtless be out for revenge.