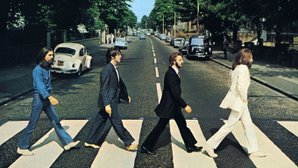 One Step Forward, Two Steps Back

Just as they did in November, King’s stung Reigatian with two early tries, but the visitors responded with four of their own to complete a season double.

A fortnight on from the disappointment of a one point defeat to Winchester, King’s had a chance to bounce back against another old boys team in form just as indifferent as their hosts’. Old Reigatian’s results until December 2016 were impressive with ten wins from their first twelve games, squeezed out by four at Winchester and just two in a controversial home defeat by champions elect London Cornish. Since the turn of the year the contrast has been stark, five games eliciting four losses and one win, 82-0 against relegated Warlingham. That said, King’s form has been equally underwhelming in 2017, one win (also versus Warlingham), one draw and three defeats. Both were in need of an improved performance and a catalyst for what remains of the season.

The King’s XV showed eight changes from that which tackled OR last time out and seven from their last league outing. Whilst the pack was relatively stable, with just two changes – Sam Young for David Lawson (sidelined with an ankle injury) and Ed Forshaw for Brook Wannop in the back-row with Duncan Bucknell moving to blindside to accommodate the former at No.8. The backline showed many more alterations with James Sharpe, Kristian Cook, Chris Moore, Luke Minors and Tom Lovelace introduced at 9, 10, 11, 13 and 15 respectively, Tom Dugarin and Robert Clarke the only survivors from the Winchester game. Longer days mean later kick-offs and at 1501 we got one.

Things started disappointingly for King’s as with little over three minutes played OR were given the opportunity to kick a penalty awarded for not rolling away, and they duly did; 0-3. The next play culminated in another penalty, the fourth in as many minutes, except this time it was in King’s favour. The ball was fired to the corner and from the back of a vigorous lineout drive Brett Williams powered over for his first try for the club; 5-3. OR were determined not to be outdone and worked their way into the home 22 on the back of what was already a rapidly growing penalty count. Despite having the benefit of the throw it was Rory Buckingham who rose highest and stole the ball the first act in a remarkable passage of play. James Sharpe fizzed the ball to fly-half Kristian Cook who in turn released Luke Minors, Minors ran hard then offload to Duncan Bucknell, he linked with James Radcliff, Radcliff gained good yards before passing to Sam Young and with the line beckoning he provided the final link to Kristian Cook who crossed for a magnificent team try; 10-3.

OR appeared shell-shocked and although they were on the scoreboard they must surely have feared that King’s were ‘in the mood’. However, just as they did in November, they resolved to put their heads down and set about getting back into the game, and five minutes later a penalty for offside allowed them to narrow the gap; 10-6. Quick as a flash King’s were awarded a scrum penalty and despite James Sharpe’s attempt to tap and go, he was fastidiously adjudged not have gone through the mark and pulled back. Instead King’s again went for the corner and with Brett Williams off the pitch it was Thomas Cobb who was hanging on at the back awaiting a chance to score his first King’s try. Alas he was determined to have disconnected and reconnected. Penalty, and OR were able to clear their lines.

Still barely into the second quarter a lot of rugby remained to be played and OR went on the offensive mounting a series of attacks but were met with committed King’s defence, Joe Mason unlucky to be penalised for reasons unclear having won a precious turnover. OR came again and King’s fortunes were soon to take a turn for the worse as first following an ugly collapse at the scrum an injured Ryan Getley was withdrawn, Jonny Kiddle’s cue to join the action, and then James Radcliff was the recipient of an yellow card for an innocuous tackle deemed high by the only man whose opinion matters. Another scrum, and this time with the King’s defence pinned to the try line the visitors’ No.10 pounced under the posts; 10-13. Things could have got worse for King’s as another tackle was reckoned to be high and OR homed in on the whitewash but having clung on in the tackle King’s were given a chance to escape which they did to the sound of the whistle.

For all that was good in the first half it has been hard to watch, as 13 penalties for OR and 9 for King’s meant the game had a decidedly staccato rhythm to it. King’s would have the modest advantage of the wind slightly to their backs in the second period making kicking slightly easier, but they would have known that enough would not be enough to stop their well drilled opposition. Sure enough with just four minutes on the clock OR showed their intent, a more than decent multi-phase attack afforded their left wing the space he needed to slip over in the corner; 10-18. There followed ten unremarkable minutes, several of which occupied by injury, before OR struck again as their captain (and MOM) burst through an ominously ineffective tackle to dash over from 25m out; 10-23.

If ever King’s needed a try, it was now. In their quest for one they were awarded a penalty and having kicked for the corner, on came the drive and as they rumbled towards the line OR were alleged to have collapsed the maul and an inevitable penalty try ensued; 17-23. The game was becoming predictably unpredictable and following an untidy passage of play no sooner was an OR attacking scrum put in full retreat than OR matched and raised their hosts, unceremoniously pushing King’s backwards allowing their No.8 to twist his way to the line for his sides’ BP try; 17-30.

There remained seventeen to play and ample time for the pendulum to swing once more, but King’s could not find a counter-punch and instead found themselves absorbing ten minutes of concerted OR pressure. Much like the corresponding spell in the first half the defence was admirable and when King’s did have the ball they did not lack for adventure, Luke Minors leading one spectacular breakout, but it came to naught. The period was typified by both teams, but especially King’s, failure to grasp what the referee was looking for in the contact area and exasperation boiled over into complete frustration when penalised for an offside with the ball patently in open play. OR were not going to shun the opportunity though and kicked three more; 17-33.

With the result in no doubt King’s still had injury time to seek a try BP of their own and it looked for all the world that they might just get it. One last attack on the 22m line and Kristian Cook fired a flat ball to his three-quarters, and one pass (and several seconds) later King’s were in only to be called back, Cook’s pass judged forward. There had not been a murmur from a single OR player when the ball was passed. Readers may draw their own conclusions as to why. With that the final whistle went.

First up congratulations to Old Reigatian who we anticipate that, baring something extraordinary, we shall see again next year. By their own admission they were delighted to come to Motspur Park and win (something not achieved since 2012) and King’s would do well to learn from the resolve they have shown in both games to battle back from a deficit and win well. Their MOM went to Ed Forshaw, a constant driving force from the back of the scrum and in the loose.

For King’s the hunt for a second win in 2017 continues and they will have to play out of their skin if it’s to come away at promotion chasing Camberley next weekend. That said, Camberley were toppled once this season by the old boys so why not twice. The next home game, Portsmouth the visitors, is on 25th March when Darryl Druckman will host the annual President’s Lunch.

Please be early if you need to see physio before game.