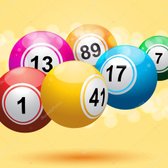 In a game of few chances, King’s composure proved to be difference as Farnham were left rueing what might have been.

Having had two weeks to reflect on the disappointment of the defeat suffered at the hands of Winchester and to rest some weary legs, King’s were required to steal themselves for the visit of a Farnham side sat just one place below and 3pts adrift their hosts. Following promotion in 2016-17, the Surrey club have enjoyed a solid return to Level 7 rugby winning four games and could easily have five victories on their tally having come within moments of toppling 3rd place Twickenham last time out. The most recent meetings between the sides have all been decided by narrow margins with honours even, King’s winning 25-21 (H) and 11-16 (A), Farnham 23-10 (H) and 17-18 (A), in 2013-14 and 2014-15 respectively. Having squeezed out Gosport in the Intermediate Cup last weekend, Farnham would surely been keen to chalk up a second away league win at Motspur Park.

Changes were required across the team with no fewer than six alterations from the XV that had taken the pitch a fortnight ago. At hooker Thomas Cobb missed just his second match of the season, Nicky Rawlinson stepping up for his first appearance since Eastleigh away. Elsewhere in the pack Peter Januszewski returned at lock, and in the back row there was a debut for ex-Dorking loose forward Jonathan Vermont. At scrum-half Will Slater was back, retaking the captaincy reigns from Joe Mason, and outside him Luke Minors was once again pressed into action at fly-half with Calum Williams reinstated at 12. With Gareth Stoppani away with Jamaica 7s in Mexico, there were adjustments required in the back three with Will Kibblewhite playing his first game at full-back since school and Robert Clarke on to the wing. Under a blue and cloudless late Autumn sky and with the sun shining brightly, at 2.30pm referee Jonathan Priestley commenced the action.

The proceedings started with more a splutter than a bang as the opening minutes were dominated by injuries to both sides, fortunately not serious, and play was largely confined to the middle third of the pitch. It took nearly a quarter of an hour for anything approaching a genuine scoring opportunity to be crafted by either side, Robert Clarke coming close on the left hand side from a trademark strong carry before being bundled into touch, likewise Will Kibblewhite on the right. King’s did not relinquish the territory though and having earned themselves a penalty advantage, when the referee did put the whistle to his lips it was Will Slater who reacted first, a tap-and-go saw him over the line for a score he converted himself; 7-0.

King’s were not to enjoy their lead for long however, as Farnham were soon the ones on the attack as they advanced into the King’s 22. Just as it looked as if the danger had been averted as King’s turned the ball over, Luke Minors’ clearing kick was charged and as he and the opportunist Farnham player chased the bobbling ball the referee determined that it was an attacking hand that was the first to reach it in the in-goal area. The try was improved to bring matters level; 7-7. Just four minutes later and King’s were to fall foul of the official as Harry Wakefield was adjudged guilty of a tip-tackle which in real time looked fairly innocuous, but Farnham were not in the mood for looking gift horses in the mouth and kicked themselves into the lead; 7-10. Little else of note happened in the remaining time, save from a King’s point of view for one surging run from Tom Smith which saw him halted just short, and so it was that the teams turned round with the visitors ahead.

The three point margin was testament to the nature of the game and parsimonious defence, and frankly there had been insufficient quality in decision making and execution to merit additional scores. Both teams were making mistakes, passes were going down as cold hands meant that imprecision was the order of the day as neither had managed to impress themselves on the other for more than a few moments at a time and players, coaches and those watching were left feeling somewhat frustrated. The mood of the home supporters was improved a little early in the half as with Farnham having been pinged for offside Will Slater tied the scores; 10-10. That initial cheer was dissipated just ten minutes in to the second period though as Harry Wakefield found himself confined to the bin for going off his feet at a ruck in midfield. The kick was good and the visitors had their lead back; 10-13.

The match was drifting along and still there was no sense that either side was ready to take the initiative as the play continued to be characterised by half-breaks and the hint of promise but time and again these petered out to nothing. Even when Farnham did get a credible scoring opportunity after a penalty was awarded the visitors squandered it as their otherwise faultless kicker pulled the ball to the left of the posts. As it transpired it was this reprieve that seems to light a fire underneath the hosts as, not before time, they ratcheted up the tempo which until then been conspicuous by its absence. With Farnham manning the pumps across the pitch, it looked as if it was to be replacement flanker Rory Buckingham who was to translate the pressure into points as he crossed the whitewash. No so said Mr Priestley who ruled the ball held-up. King’s were not to be denied for long however as with a 5m scrum awarded the home back shunted their heavier opponents back and it left to No.8 Jonathan Vermont to open his account for his new club. Will Slater did the rest; 17-13.

With ten minutes of regulation time remaining Farnham sought to inject some urgency of their own surging forward in search of a second try. As the clock wound down it looked like the old boys might have done enough, but winning a penalty on halfway Farnham kicked for territory and set about trying to out-muscle King’s in a close-quarters wrestle. A driven lineout soon elicited another penalty, and another kick for the corner followed. This time the drive was legally halted but Farnham had the put in at the scrum. Whilst the boys in black and white had had the edge in this department for the majority of the day, with the outcome of the game at stake the King’s eight mounted a counter-drive and shunted the visitors into touch. One short lineout, a box-kick, a turnover and a knock-on later and the final whistle blew on a frantic finish.

It was plain from the reaction of the Farnham players and their followers that they were aggrieved to be leaving with nothing to show for their efforts save for a losing BP, and there was perhaps a feeling that King’s had been lucky. On reflection the truth of the matter that it never really came close to ‘clicking’ for King’s or Farnham and, one kick aside, there were not many if any points left on the pitch by either team. When it mattered King’s attack was effective on the rare occasions when opportunity presented itself and, not for the first time this season, the defence stood up and was counted. To escape in the last five minutes from a perilous position will give the players and coaches as much please as retaking the fourth place that was surrendered in defeat to Winchester.

Just one fixture remains in the ‘out leg’ of London 2SW games as King’s must travel to Andover to face a side that have proved something of a bogey team in recent seasons. Whilst the Hampshire side were on the wrong end of a 61-10 scoreline away at Twickenham on Saturday, at home they have beaten London Exiles and Gosport and put 28pts on Camberley albeit in defeat, so are arguably more capable than 8th place in the league might otherwise suggest. Another win would round off what has been a very promising first half of the campaign in this competitive league.