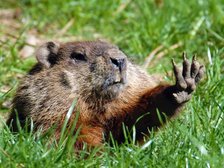 There was a discernible sense of Groundhog Day for King’s as they were pushed all the way by Effingham & Leatherhead but, as they did in September, hung on for a narrow win.

Fresh from a defeat at the hands of London Exiles the 1XV had a chance to get their league campaign back on track with the visit of old friends and rivals Effingham & Leatherhead. The Browns Lane side are, by their own admission, enduring a difficult season having had to wait until round eight on 4th November for their first victory, 41-31 against Old Tonbridgians. Since then they have had something of a renaissance winning two of their subsequent four, 8-9 away at fellow strugglers Winchester and more significantly last week when they toppled third place Twickenham 20-7. To date only two clubs have recorded heavy wins versus the Eagles, Twickenham (A) and Farnham (A), but otherwise the team has been nothing if not competitive as the previous game against King’s was proof. Buoyed from their exploits seven days ago they were markedly eager to remain on the crest of that particular wave.

Having previously commented on how stable the XV has been of late, it would appear fate was tempted as this time out several alterations were made, some enforced and others with a view to keeping the whole squad match sharp. Up front James Shaw returned on the flank, with Robert Clarke named for just the fourth time this season but the second time against today’s opponents. James Brooks kept his place at scrum-half, with Kristian Cook at fly-half making a first appearance since September 22nd. Amongst the outside backs Calum Williams reverted to 13, with Max Morgan onto one wing and with an injured Tom Smith missing for the first time in 2017-18, Patrick Smith was recalled to the other. 2pm was the designated kick-off time and the referee’s watch was clearly synchronised as that’s exactly when it did.

Things started brightly for the hosts, the pack showed they seemingly prefer the pH of the soil in KT3 for scrummaging as they were quick to assert their dominance, which remained throughout, just as they had against OTs. Despite the set piece supremacy the first opportunity was to go the way of Effingham, however the penalty kick from the usually utterly dependable Brian Collins missed. King’s were quick to take advantage of their reprieve, Luke Minors making an incisive break deep into Eagles’ territory only to see his, much-loved, reverse offload intercepted. Robert Clarke was the next to introduce himself to the defence as a thrusting burst saw him, then Gareth Stoppani, advance King’s into the 22. When Eagles were caught offside Kristian Cook tapped the penalty and simple hands saw Thomas Cobb over to add to his increasingly impressive try tally. Gareth Stoppani kicked two more; 7-0.

Effingham knew from experience that slow starts have been their undoing this season and they were clearly resolved that this match was not to go the same way. When they won a penalty for a ruck infringement, Brian Collins resumed normal service; 7-3. Their good work suffered somewhat with half an hour gone as one of their number was consigned to the bin, apparently for the use of bad language. A couple of phases later and the Old Boys’ scrum was once again on the march, when the referee’s arm was extended skipper Joe Mason lifted his head, pointed to the posts, and Gareth Stoppani did the rest; 10-3.

Eagles just needed to survive until the interval but King’s were not in the mood for mercy and a surging run from (Effingham’s MOM) Robert Clarke would surely have led to a score for either one of Gareth Stoppani or Patrick Smith but for a mis-placed pass. With Effingham failing to find touch with their clearing kick from the ensuing scrum, the King’s three-quarters raced back into the red-zone. Another scrum, another penalty, another tap and this time Luke Minors released Nicky Rawlinson to cross. Gareth Stoppani was on target in the last meaningful action of the half.

The second try would surely have stung Effingham, but the first half had ebbed and flowed and now was not the time for navel-gazing as there remained forty minutes to put right the wrongs from their point of view. King’s had been lively but imprecise in the first period and the message was, or at least should have been, more speed less haste if they were to finish the job they had started. Whatever was said, the opening minutes put an entirely different perspective on the proceedings as within two minutes Eagles swung the play wide and despite a robust hit from Max Morgan, the ball carrier was able to offload and one step inside later the away side were running into fresh air, the attack only snuffed out by a despairing cover tackle. A penalty was somewhat inevitably conceded, and the omnipresent Brian Collins, this week wearing No.9, went quickly and snuck over for a try grounded against the post which he duly converted; 17-10.

The ensuing twenty minutes or so were by and large even both in respect of territory and possession, the play only interrupted by a further penalty for Effingham on 65mins to close the gap; 17-13. Whilst the home side arguably looked the more threatening, Gareth Stoppani making an eye-catching break thwarted only by a knock-on, the Surrey Hills boys had their moments too and there was not much in it, the margin remaining perilously small from a King’s point of view. With fingernails getting shorter with every passing phase, King’s at last broke the deadlock when from more scrum pressure the backline took the ball flat and Kristian Cook’s pass was taken at pace by Luke Minors who swept under the posts. Gareth Stoppani maintained his 100% kicking record for the day; 24-13.

There remained over a quarter of an hour to play and the majority of it belonged to the men in green, starting with a successful penalty kick just a minute after the third King’s third try; 24-16. From the restart King’s carried the ball into contact, but Patrick Smith was unhappy at the tackler’s reluctance to release him, the referee subsequently took exception at the winger’s over-enthusiastic attempts to free himself, and a yellow card was produced. Although the visitors needed two scores to win, Effingham had at least a bonus point in their sights and in the 80th minute they got one courtesy of their fourth penalty; 24-19. Somehow a further seven minutes were found, despite few if any injuries, and King’s spent the dying moments doing their best to ensure there was not to be a sting in the tail, and indeed there was not as the tallies remained unchanged when the whistle blew.

So four more points in the bank, the win column now stands at ten which is as many as were achieved in each of the two previous seasons. In 2014-15, King’s return to Level 7, the team managed twelve and the aim has to be to surpass that this term, but this is far from a given and to do so will require plenty of hard work between now and April. For Effingham, disappointment was inescapable but the point gained may yet prove valuable when the dust settles and the side’s tenacity will serve them well in the last third of the season, and we wish them well in their remaining matches.

After a week off, a long trip to the South Coast and a visit to Gosport Park awaits. Gosport & Fareham may not have beaten a top four side at home yet, but they have run Twickenham (24-27) and Old Reigatian (26-30) mightily close, and have taken the scalps of top-half sides London Exiles (40-10) and Farnham (23-19). G&F have already identified King’s as “beatable” and will doubtless waste no time in making life uncomfortable for their visitors as they seek to make reparations for a 35-27 reverse in October.