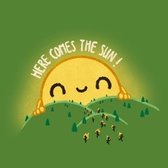 King’s travelled to Watchetts, the much vaunted home of the league leaders Camberley, in what was due to be the final game of the season. However, due to a mixture of snow and Camberley’s superb form in the cup both sides still have more rugby to play. After what has felt like months of non-stop rain both sides would have been delighted to be greeted with blue skies and warm weather. The pitch, although still soft in places from the aforementioned rain, was in good shape. The team showed a few changes from the previous week’s run out against Andover, Sam Young replaced the stricken Dan Staunton in the second row and was partnered by Robert Parker who pushed up from Number 8. James Shaw made a welcome return from injury took take his place on the flank with Greig Blackie who started having been on the bench the previous week. In the backs, just one personnel change with Kristian Cook making an appearance at 10, meaning Will Nelson shifted to 12 and Luke Minors to the wing. The scene was set and after a brief delay as the match ball was found, the game got under way at 3.01pm.

The first 2 minutes of the game gave a glimpse of how King’s wanted the game to be played. Defensive pressure forcing an early knock on from the Camberley hooker, and from the resulting scrum 30 metres out from their own line the backs got to work. A miss ball from Kristian Cook found Joseff Edwards who got outside his man and set Will Kibblewhite free. He galloped up field and into the Camberley 22, a speculative offload was collected. After another phase the ball was swung out to the opposite touchline to see Luke Minors go over in the corner, however the final pass was correctly called forward. King’s still had their tails up, and soon had possession back inside the Camberley 22. Camberley are not winners of this division for no reason though, and despite going through phases King’s were gradually forced back and then turned over through some excellent defence from the home side. Camberley now had their chance to apply some pressure. Heavy carries were relentless from their weighty back row. A ruck infringement soon gave Camberley’s scrum half the opportunity to take the first points of the game which he duly took to put his side 3-0 after 15 minutes.

It was King’s who were the next on the scoreboard, after initial forays it was a weapon that has been probably the most improved area of the men from Motspur Park this season that saw them get over the line. A ball to the back of the line out and the King’s heavies got the maul rolling towards the line, Brett Williams broke off the back and offloaded out of the tackle to his fellow front rower Thomas Cobb to get over for his 8th try of the season. Tom Dugarin added the simple conversion and King’s had the lead; 3-7. Back came Camberley again, the home side started to get their attacking patterns going and had King’s pinned back in their own 22. Eventually they found a crack in the defence, bludgeoned open by a good carry and an even better offload sent their open side over for the home side’s first try of the game. The formalities of the conversion taken and Camberley held a 3 point lead; 10-7. As the half entered its final stages King’s knew they needed some sort of a lead having played with the slope in the first 40. They duly delivered. Once again the platform set by the forwards, numerous pick and goes around the fringes had the King’s team 5 metres out. Will Slater then fired out to Kristian Cook who found captain Dugarin and his sumptuous offload out the back from Will Nelson who gave Luke Minors the simplest of run-ins. The conversion hit the post and the referee brought an entertaining first half to a close; 10-12.

The first part of the second half passed off without major incident. King’s largely enjoyed the territory and possession but the impressive home side defence held firm. Brett Williams was replaced by ex -1XV captain Jonny Kiddle and he soon made his impact felt on the Camberley winger who had neatly collected a box kick before being ‘Kiddled’. King’s finally found some room, hitting the midfield before sweeping back on the blindside to find some mismatches, however Joe Mason’s final pass to Luke Minors was slapped down by the Camberley loose head and he was shown a yellow card. Soon after, another King’s line out 7 metres out from the Camberley line was claimed by Sam Young, another rolling maul and this time it was Robert Parker who was at the bottom of the pile to claim his first try for the 1stXV; 10-17. Camberley still refused to lie down and despite still being down a man brought themselves back level on the scoreboard. A break on the fringes of the ruck 40 metres out and the ball found its way to the Camberley replacement back who scampered over. Another successful conversion from the Camberley 9 and the game was all square with 13 minutes to go; 17-17. Both teams were still playing some excellent rugby in the near perfect conditions. A break down the Camberley left and King’s scrambled well to force a knock on 15 metres out from their own line. The scrum held firm and King’s decided to play…the ball found Luke Minors who had popped up on the opposite wing and he broke to half way and with King's trying to go down the blindside Camberley were caught offside whilst trying to retreat. Kristian Cook pinned the kick to within 8 metres from the Camberley line. Another maul and this time King’s had an advantage for an infringement as the pack made their way towards the line. Once again the ball was shifted wide and as Dugarin faded outside he lifted the ball back on the inside to Will Kibblewhite who broke one tackle, then hauled down a metre short of the line before reaching out and slamming the ball down for the bonus point try. A third unsuccessful conversion meant all 3 results were still possible with just minutes to play; 17-22. King’s pushed for what surely would have been a decisive score and with another maul set up in the home side’s 22 the Camberley tight head took it upon himself to illegally remove Robert Parker from the maul via his neck. The referee produced a red card for dangerous play. Even then though, Camberley had one last chance and threw everything they had left at the King’s defence. It held firm, led by the back row of Barry Williams, Greig Blackie and James Shaw who were relentless, and King’s were relieved to hear the final whistle.

This was an outstanding advert for Level 7 rugby. Camberley are rightly champions of this league and our congratulations go to their whole club on a deserved promotion and we wish them luck in their cup finals coming up, as well as in London 1 next year. For King’s this was a superb team effort, relentless in their defensive efforts and offering threats all over the pitch in their attack - nothing less would have been required to achieve the first win at Watchetts this season by an away side. With Twickenham’s defeat at Old Tonbridgians (who we offer our congratulations to for avoiding relegation), King’s move into 3rd. All still to play for though as Twickenham travel to Dornan Fields next Saturday to see the season out. If King’s can finish with a win they will secure the third place and finish with the same number of wins and losses as 2nd placed Old Reigatian (good luck to them in their upcoming playoff) which would be an excellent achievement, however Twickenham will not be an easy nut to crack as they proved in their narrow win at their place earlier in the season.