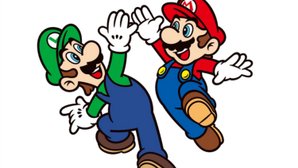 The Old Boys make if 5 wins from 5 (with 5 try bonus points) after overcoming a committed and stubborn Gosport and Fareham side.

After enjoying home comforts for the previous three weeks, King’s made their first trip down to Hampshire of the season as they took on Gosport and Fareham. The Hampshire side, by contrast, had been given a tough start to the season by the league administrators with three away games in their first four. Under new management they came away without rewards in their first two fixtures, but in their only home game of the season inflicted defeat upon Farnham, something no other side has done yet this campaign. In their last outing they travelled to Twickenham and were only denied a losing bonus point by a score in the dying minutes by Twickenham, undoubtedly this was going to be a huge test for the men from Motspur Park. King’s came into the game in good form, claiming 20 points from the available 20 in the first four rounds and having run 12 tries past Effingham and Leatherhead 7 days prior.

The King’s side, as ever, made a number of changes from the previous week. It was a completely new front row from the previous week with Joe Mason, Brett Williams and Ali Cooper all returning. Jack Griffin returned from illness to take his place in the second row and it was a pleasant change that the back row remained unchanged from the Effingham game. In the backs George Jones switched back to scrum half, making space for the returning Will Nelson, 1XV captain Tom Dugarin and winger Tom Smith. In conditions similar to what faced King’s on their last fruitless visit to Dolphin Crescent back in January (even the same whistle blower!), Tom Dugarin kicked the game off.

The game was just 2 minutes old when in the first stoppage of play the Gosport & Fareham lock was helped from the field. It was at this point that the game settled into its tempo. The blue and yellow of the home side working through tight phases to work their way up the pitch. The King’s defence held firm with notable tackles early on from Daniel Staunton, James Shaw and Ali Cooper regularly halting the attacks momentum. With the glimpses of ball that King’s had in the opening 10 minutes they showed their hand at how they would play, huge carries from Jack Griffin, Dan Staunton and Ed Forshaw in midfield were combined with some deft offloads. The only downside of the opening stanza for King’s was their faltering lineout, in what has to be said was testing conditions (but did improve as the game went on). King’s had begun to exert their authority on the game when from a scrum 5 metres out, Ed Forshaw picked from the base of the scrum, ran blind and powered his way over in the right-hand corner; 0-5. Gareth Stoppani, 10 from 10 with the boot last week, saw his conversion slip wide of the right upright. King’s now had the momentum and their attack was starting to click. Clever angles and lines short meant the men in white were starting to make half breaks and with some excellent support play meant that offloads were wreaking havoc in the home side defence. Another typical carry from captain Tom Dugarin, freeing his arms up to set Joe Mason free to scamper his way to the try line from 15 metres out; 0-10. Gareth Stoppani again saw his kick fly wide of the right post.

If the supporters on the touchline expected King’s to run away with the game at this point they were hugely mistaken. The home side refused to lie down and started to make inroads into the King’s defence. A superb carry from the home team’s captain and hooker Sean Shepherd (later nominated both MOTM and also best dressed man in Hampshire) saw him steaming into the 22, a last ditch tackle from Gareth Stoppani and more scrambling defence from the rest of the team forced a knock on at the base of the ruck from the Gosport 9. King’s struggled to then get out of their half and the home side were starting to gain confidence, spending time in the red zone. King’s were delighted to have withheld the onslaught and even had the added bonus of forcing a, successful, kickable penalty after a breakout and were happy to get back into the sheds at half-time 0-13 up. The only negative of the first half was winger Tom Smith hobbling off with a hamstring injury to be replaced by Chris du Toit.

The second half saw King’s enjoy the slight advantage of the wind and made their intentions clear by setting up camp in the Gosport 22. A grubber kick from Will Nelson just evaded the hands of George Taylor in the dead ball zone but Gosport struggled to move the game out of their own territory. Dan Staunton and Jack Griffin were really coming into the game with relentless carrying and it was a line break from the former that set up a chance on the left hand side but Duncan Bucknell couldn’t quite hold on to the final pass. King’s would not be discouraged and continued to batter the Gosport try line. As is their want this season, often turning down kickable chances to keep the tempo high in the game. It is to their immense credit that the home side refused to let the attack advance over the try line. Following a bullocking run off his right wing by Chris du Toit King’s won a penalty on the 10m line and finally decided to kick at goal, but once again uncharacteristically Gareth Stoppani saw his kick just miss, this time to the left drifting on the wind. It wasn’t until the 70th minute that King’s finally, to their great relief, managed to force their way over the line with Ed Forshaw picking up his second try of the game. Gareth Stoppani’s successful conversion stretched the lead to 0-20.

With 10 minutes to go and the aim was simple for the away side - could they go and get the 4th try to keep up their 100% record? The issue - the homes side’s stubborn defence. A break from Barry Williams (who had earlier replaced James Shaw at 7) off the kick off got King’s straight back on the front foot but the play came to nothing. The away side were somewhat fortunate that a Gosport attack was turned over with a missed knock on in the tackle, but George Taylor’s grubber kick through pinned Gosport back deep into their 22 with a line out of their own. Once again King’s made it difficult for them to escape from their own territory and forced a turnover and with the last play of the game it was Barry Williams who was carried over the line to claim the coveted bonus point.

For King’s it was a hugely successful trip to the South coast. Gosport and Fareham are a tough side to play against, especially on their own turf, and so for King’s not only to pick up a bonus point but also keep their own try line intact it has to be seen as a very pleasing way to finish the opening set of fixtures before the rest weekend. The rest has been well earned, but also much needed ahead of a mouth-watering contest back at Dornan Fields against Eastleigh who put an impressive 60 points on Twickenham this weekend.