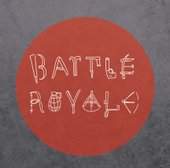 A lively first half is bettered by a pulsating second forty with seven tries, 39 points and ultimately seven league points shared between the sides.

You wait to play one Hampshire side and then on a sudden two come along in successive game rounds as following a trip to Gosport a fortnight ago so Eastleigh were the opponents on Saturday. The visitors, promoted in 2017, experienced a challenging first season in L2SW with a record of W7 D1 L14 and were only to secure their league status in the penultimate round of fixtures. This year could hardly be more different with the team having recorded four victories already and had the enviable record of most points scored (200) and fewest conceded (42). Last week ‘Leigh’ put the previously undefeated Twickenham to the sword 64-5, comfortably the Londoners’ heaviest defeat in 32 games, so with King’s on a maximum 25pts the clash was set to be a stern test of both clubs’ credentials.

This week was no exception in terms of the need to reshuffle the personnel deck, the number of players used in six 1XV matches this season ticking over to 39. Into the side for his debut for the club came Brodie Wilson, making his first start for the season was Chris du Toit and Will Slater was included on the bench poised to make his season bow. Elsewhere Kristian Cook played for just the second time this campaign and Rob Parker was a late inclusion with Dan Staunton withdrawing in the warm-up with illness. The man with the whistle was Paul Hale and after a respectful minute’s silence in memory of Eastleigh club member Dave Sheridan the game was underway.

From the off it became quickly clear that the game promised much, both teams probing the others’ defences with a combination of variously hard and elusive running interspersed with some intelligent kicks. Eastleigh had the better of the first few minutes and it was only a committed covering tackle from Gareth Stoppani on winger Aaron Enock within feet of the line that prevented the visitors going ahead. With ten minutes played King’s won a penalty in line with posts, it was taken quickly and soon saw them in the shadow of the posts. Simple hands would have meant a certain try but on this occasion white-line fever proved contagious and the opportunity spurned. The next chance fell to Eastleigh's other winger Tyson Peters who collected a well-executed kick-pass from fly-half Phil Baldwin and thundered towards the whitewash only to be felled at the last as his teammate had been by fullback Gareth Stoppani.

Into the second quarter and it was to be the away side who blinked first, a penalty conceded which King’s chose to run, and before the visiting defence had time to react George Taylor was over for a try which Gareth Stoppani improved; 7-0. In a game of fine margins the pendulum spent the next few minutes swung in favour of the home side and as half-time drew closer King’s excerpted significant pressure. Eastleigh began to leak penalties and indeed from one such award a team warning was issued, and the ball kicked to the corner. With possession secured the maul crept inexorably towards the line, halted only by a deliberate collapse. A yellow should and surely would have been issued but before the referee had time to gather his thoughts George Jones tapped the penalty and plunged over with the defenders too close to lay a hand on him; 12-0. The extras were missed and but for a crunching hit from Luke Minors, there was no other action of note before the interval came.

For King’s the half had been reasonably successful, half way to a try bonus point, no points conceded – no mean feat given an opposition who averaged 40pts a game – the omens looked good. Eastleigh found themselves in an unfamiliar predicament as they had not been behind at half-time this season, so their coach’s pep talk would have made interesting listening. Whatever was said it presumably did not envisage conceding a third try in the opening play of the half, but that is what happened. From the restart Luke Minors showed great determination to get up higher than anyone and slap the ball backwards to put his side in possession. Rob Parker willingly carried the ball deep into the visitor’s 22, Gareth Stoppani made a half-break, Ed Forshaw carried on the good work, his pass to Kristian Cook before Luke Minors finished the job he had started with a powerful finish close to the corner flag. The conversion was well struck but drifted wide; 17-0.

If ever there were a time for Eastleigh to redouble their efforts this was it, skipper and hooker Terry Papworth (erstwhile Gravesend RFC) implored his troops to rally to the cause. Winning a penalty in front of the posts they eschewed the kick and opted to scrum, but they were to be disappointed as a strike against the head allowed Ed Forshaw (Eastleigh’s MOM) then Luke Minors to carry the ball clear. The momentum was now with the Hampshire side and with another penalty awarded this time they opted for the corner. The inevitable lineout drive came, but it was stopped and the scrum awarded to King’s. On this occasion a forceful shunt from the visitors by now reinforced pack saw the ball squirt out and scrum-half Will Rigelsford reacted fastest and dived for the line; 17-5. Five minutes later and King’s could very easily have gone further ahead when they mounted a lineout drive of their own which was closing steadily on the promised land, but the arrival of one or more enthusiastic but naïve three-quarters was deemed to constitute side entry and the chance was gone.

The period that ensued was the least remarkable of the match as fatigue perhaps began to creep in to some facets of play, albeit neither side relented in the intensity with heavy tackles continuing to shudder the spines of players and onlookers alike. A flash of inspiration was required to reignite the game and that is what it got as star centre Jack Berry, not long signed from Sidcup in L&SE Premier, hit a clever line and stormed over beneath the posts giving his kicker an easy opportunity to open his account; 17-12. Plainly the next score was crucial, and the opening came the way of the hosts. A penalty in midfield was kicked to the corner by Kristian Cook, Ali Cooper hit his jumper and despite their best efforts Eastleigh were powerless to prevent Sam Young crashing over to secure the try BP; 22-12.

Just ten minutes remained but they were to be busy. The game see-sawed once more and having seen it almost work once Baldwin fired a kick-pass to Peters (King’s MOM) and this time the totemic winger was not to be denied; 22-17. By this stage the players were perhaps the least nervous people in Motspur Park, too focused on the intensity of the contest to allow for anxiety. Once more King’s surged forwards and a fluid passage of play provided Luke Minors with just enough space to cap an excellent performance with his second try and crucially put the outcome of the game beyond reasonable doubt. Gareth Stoppani’s best kick of the day took the lead out to twelve points; 29-17. Four minutes remained according to Mr Hale and not to be outdone left winger Peters once more showed what a threat he is in space sprinting home from the half-way line without a defender, or support runner, getting close. The snatched drop-goal conversion was errant leaving Eastleigh seven points adrift; 29-22. That, as it transpired, was the end of the scoring and when King’s won a penalty they sensibly elected to kick the ball out to bring down the final curtain.

The game was a terrific advert for Level 7 rugby, two talented sides determined to play the game at tempo and not afraid to mix their play without relying too heavily on any one tactic. Although Eastleigh will of course be disappointed to have lost again, the two points that they took back down the M3 will presumably be some consolation. The top of the table is congested with all six clubs in the top half looking well capable of taking points from one another, as indeed are some of the sides presently in the lower half as was evidenced by Old Tonbridgians away win at Old Alleynian.

King’s can have done no more to this point than they have and whilst Eastleigh’s remains the most parsimonious defence (71pts), King’s now have the most potent attack (226pts). The next challenge will come in the form of old adversaries Farnham who yesterday came out on the wrong end, from their point of view, of a 48-40 scoreline away at Twickenham. Games between the two clubs are generally close and well contested and there is no reason to think the coming one will be any different. If you want to find out, then tune in for the next report or better still get yourself to Monkton Lane next Saturday afternoon for 3pm.