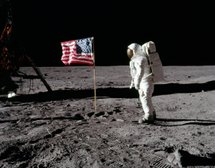 One Small Step For A Man

Eight tries, four in each half saw King’s notch their fifteenth win of the campaign as well as achieving several other notable landmark achievements along the way.

It had been some time since King’s had played at home, seven weeks to be precise so followers of the Old Boys were pleased not to have to start their day punching a postcode into Google maps. By contrast visitors Gosport & Fareham would have needed to set their alarms early for one of their longer road trips. Without an away win in seven this season and depleted by injury and unavailability, by their own admission Gosport travelled more in hope than expectation to Motspur Park to face the league leaders. Before Christmas King’s had achieved a rare thing by being the first side to hold their hosts to zero at home in a Level 7 fixture, winning 0-25, since November 2006. By curious chance that match had also featured KCS with the Old Boys coming out 0-15 winners. Notwithstanding these statistical oddities, ‘Gos’ arrived two hours ahead of kick-off and with a long warm-up showed they were determined do to all they could to rain on the proverbial parade.

Things didn’t auger well for the hosts as even before the team arrived changes were being rung. Starting fly-half Will Nelson had pulled a hamstring that morning and so the red-phone was reached for and a call made to Kristian Cook who was urged to oil his creaking joints and get to the ground sharpish and pull on the 10 shirt instead. Elsewhere there was a second start of the season for Theo Rhodes, although his first at hooker, whilst Brodie Wilson was named at openside after three games away. With King’s missing personnel to a wedding party, adjustments were also required to be made amongst the three-quarters with George Jones returning at scrum-half for the first time since October, which was in fact the last time the Jones-Cook half-back combo was on show, and outside them Will Kibblewhite lined up at full-back with Harry Wakefield on the left wing. James Robson was the official, a man known to both sides having refereed each once already this season, and at 1403 he beckoned the action to start.

It didn’t take long for King’s to pick up where they had left off against Effingham a fortnight ago as within minutes the pack forced a turnover, Luke Minors made a break, his pass found Chris du Toit who offloaded to a rampaging Joe Mason. Quick ball was spun left and Ed Forshaw provided Will Kibblewhite with a simple run-in; 5-0. From the restart King’s were immediately back in Gos’ territory and but for a knock-on would surely have doubled their lead. As it was Gos won penalty moments later but when the clearance missed touch it was returned with interest, Luke Minors unlucky to be held up just a few feet short, but as play switched direction Kristian Cook exploited a gaping hole behind the onrushing defence and George Taylor collected the chip to score; 10-0. The restart was comfortably fielded and now it was the turn of Harry Wakefield to burst clear and when he was felled Ed Forshaw took the ball close to the line, quickly recycled prop Jonny Kiddle showed great dexterity to flick a pass to Luke Minors who crossed in the corner; 15-0.

With just 9 minutes on the watch King’s were scoring at breakneck speed and another very large total looked like it might be on the cards for the hosts. As it transpired there was not to be anymore scoring for quite a while and in fact things took a turn for the worse for King’s as following a heavy, but legal, tackle on prop Joe Mason the skipper was concussed, his day over with Brett Williams joining the fray. At this juncture Gosport began to excerpt some degree of control over the ball when they had it, albeit in the main King’s contained their visitors at a safe distance from their line, but almost invariably frustration at a lack of penetration meant that Gos had little choice but to kick back to their hosts. Whilst King’s were regularly breaking the line alas their hands were struggling to keep pace with their brains and a series of knock-ons and or misplaced passes, which to be fair to the team was most unusual in the context of the season they have had, saw several would-be tries go begging.

As fate would have it the game was next to take a most unwelcome turn as from the bottom of a fairly inconsequential ruck came a pained yelp from a Gosport player. It quickly became clear that unfortunately centre Dom Holling, was badly hurt and not only would he be unable to continue but that an ambulance was required and that the match would need to change pitches which, in time, it did. After twenty minutes or so the action resumed, but Gosport’s luck did not change and in the last passage of play of the half Dan Staunton received the ball having run an intelligent looping line, threw a dummy and cantered over to secure the try bonus point.

It had been an unusual and disjointed first period, leaving aside the obvious disruption caused by the injury, King’s had been some way below their best after a very promising start. Gosport for their part had been enthusiastic participants and would have been encouraged by stemming the early flow of points they had haemorrhaged. That said, although they may not have realised it but the odds were not on their side as regards as a comeback with King’s not having conceded a point at home in the second-half since Round 6, and indeed no team had scored more than 13 second-half points against the hosts in the last eight matches.

It would be fair to say that Gos’ mood was not lightened any when with just a few minutes gone Kristian Cook nudged the ball ahead, Chris du Toit steamed on to the bouncing ball before releasing Luke Minors to race home. The away side were indignant, convinced that King’s chasing players had been offside; however, whilst rugby is a game of opinions, ultimately the only one that matters is the referee’s and he was happy enough. George Jones added the extras; 27-0. To their credit there was no sign of heads dropping amongst the Gosport side but whilst they battled bravely they were once more undone by the quick thinking of King’s, a tap penalty deep in the home 22 taken swiftly with Luke Minors the provider on this occasion as George Taylor (Gosport’s MOM) sped under the posts. Two more from George Jones took King’s further clear; 34-0.

The visitors were were not to be subdued and were soon back probing in attack, their persistence beginning to generate some truly sustained pressure for the first time in the match with Rory Penfold (King’s MOM) running some intelligent lines from full-back. Sure enough Mr Robson eventually determined King’s had infringed once too often and hooker Theo Rhodes was dispatched to the cooler. With one front row now in the bin, the other already off owing to a head injury and their only designated front row sub having already on the pitch for an hour, when Gosport elected to scrum the referee agreed King’s had no safe option but to go uncontested. In accordance with the laws of the game King’s were required to withdraw a further player under the ‘double jeopardy’ rule and duly did with Jonny Kiddle the sacrificial lamb. Gosport now had a two man advantage and unsurprisingly quickly found themselves with an overlap, but cool heads deserted them as a miss-pass was inadvertently palmed forward to the would-be try scorer to the consternation of their followers and support staff.

Whilst King’s awaited the return of their side-lined players Gosport remained in the ascendancy both territorially and in terms of possession. King’s defence was being tested but the likes of Brodie Wilson, Matt Young and Duncan Bucknell all earned their keep putting in tackle after tackle to keep the blue and yellow attackers at bay. When King’s did manage a turnover they showed just how dangerous they can be as when Harry Wakefield streaked away down the left he found Luke Minors in close support and the centre unselfishly passed to Will Kibblewhite to crash over the line; 39-0. With most gathered more concerned with a warming drink and or a hot shower, still there was time for more action. Finally restored to their full compliment Will Kibblewhite could have secured his hat-trick thwarted only by a fine covering tackle from fly-half Wes Dugan saved a certain score in the corner. Somewhat bizarrely a knock-on was given against the King’s full-back and a scrum awarded to Gosport, but the King’s pack promptly shunted Gosport off their own ball and two phases later Brodie Wilson capped another excellent performance with a try which George Jones converted and with that the final whistle blew.

As the curtain fell the atmosphere was a little flat on both sides. For King’s it would be churlish to be anything less than satisfied with another bonus point win, but the consensus amongst the players was they could and should have been more clinical. Still it was one step closer to the overall aim of promotion to London 1 South and another test for the side, especially the defence, passed with flying colours in limiting the opposition to nil for the third time this campaign. The fifteenth victory also meant the record for successive wins set at fourteen during 2013-14 in L3SW was surpassed, as was the 2014 total for 13 try BPs which in fact was bettered last week, all on the same day that the season ticker for tries reached 103 – Luke Minors with the honour of number one hundred.

Gosport will surely have been disappointed to have taken nothing from the game, but it had not been easy, especially having seen their team mate in such obvious distress; the only good news being that mercifully, whilst unpleasant, the injury was not quite as serious as first feared and we wish Dom well in his recovery. Gos must play London Exiles and Effingham in the space of three weeks in March and it may be on the outcome of those games that their fate is determined. If they can get some players back and with a bit of luck, as they certainly don’t want for spirit, who is to say that they won’t extend their stay in L2SW for another year.

King’s next face the other Hampshire side, Eastleigh, in a fortnight’s time when King’s must brave the M3 for the first and last time this season. E’s are amid a bunch of teams pushing hard for the 2nd spot in the league and the play-off place that come with it, just nine points separating six sides still with 35pts up for grabs. The October fixture between the sides was outstanding, by some way the highest quality to date in 2018-19 so if the sequel can approach the levels of the first then supporters of both clubs will be in for a treat.