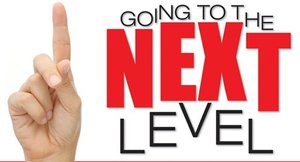 Time To Start The Bus

After four seasons of mid-table finishes - never higher than 4th or lower than 8th - in London 2SW, in securing their seventeenth bonus point win King’s confirm their ascent to London 1 South.

Having successfully navigated one significant potential banana-skin away at Eastleigh seven days previous it was King’s turn to play hosts as Farnham journeyed up the A3 to visit Motspur Park. The visitors from Surrey are enjoying a productive season and came into the clash sitting second in the league with eleven victories to their name. In the reverse fixture in the Autumn King’s inflicted their hosts’ sole home defeat of the season as a powerful display, especially in the first half, saw the Old Boys run out 14-41 winners. Keen to exorcise the demons of that day and to try and put some clear water between themselves and the chasing pack the visitors travelled in high spirits, the prospect of being the first side to lower King’s colours no doubt an additional motivation.

The pack had a largely settled look to it showing just one alteration required with Ed Forshaw reinstated after a week exiled in the backs. Changes were however were required in the three-quarters where Will Nelson took the No.10 shirt for the first time in 2019 and outside him there were welcome returns for wing Tom Smith, who had been ruled out through injury since October, and club captain Tom Dugarin who lined up at full-back, his last start coincidentally away at Farnham. Paul Hale was the man appointed with the task of determining who was playing within the laws or not and with the time at 1430 it was King’s who were to kick proceedings off.

The early pressure belonged to the home side as having established themselves inside their opponents’ half the league leaders set about seeking to assert their authority. Whilst Farnham showed that they were not going to be bowed easily they did leak a couple of penalties and perhaps remembering the close quarter dominance they had enjoyed in their first meeting between the clubs this season, twice King’s elected to scrum. Low it was that from the second of these George Jones fed Will Kibblewhite who was simply too strong for the defence as he put the first points on the proverbial board. George Jones added two more; 7-0. The next few minutes were busy and fairly evenly contested before once more a penalty saw King’s able to kick to within 20m of the Farnham line. Hooker Nick Gardner did his bit as did Rob Parker and as the drive came on the visitors tried manfully but were unable to prevent Brodie Wilson twisting and turning to plant the ball; 12-0.

The second score did appear to put something of a psychological dent in the armoury of the boys in black and white, perhaps fearing that they had encountered King’s in the mood for racking another big score. Farnham are not second in the league by chance though and in the ensuing few minutes showed they had not come simply to be the bridesmaids at the King’s wedding. Fly-half Toby Salmon plainly had plenty of variety to his game as he mixed his running options with some probing kicks whilst brother Mike wearing 13 also showed hunger for the battle – Will Nelson, George Taylor and Luke Minors all having to tackle hard. They and those around them found the home side at their resolute best though and ultimately each foray proved as fruitless as the last, Tom Dugarin and Will Kibblewhite returning a lot of ball, often with interest, from the back-field. In time it was King’s who were the offensive force again, another lineout, another drive and Ed Forshaw saw to it that he was the man in possession as the line was crossed. A fine strike from George Jones bisected the posts; 19-0.

The hosts collective tails were up and perhaps now a little more relaxed by the scoreline the ball was being moved confidently between forwards and backs. There was one searing break from the omnipresent Brodie Wilson who looked to have done the hard work but with the line in sight his legs grew heavy and the scramble defence snared him. King’s were not finished though and in the last meaningful action of the half after a series of scrums close to the Farnham line culminated in a try for Matt Young as the pack marched their counterparts back. George Jones was on target once more.

For the eleventh time this season the 1XV had secured a first half try bonus point and the result was, baring something extraordinary, looking likely to end in their favour. That said King’s had been similarly comfortable in October, 7-31 ahead on that occasion, and had been reigned in during the second forty only prevailing 7-10 as Farnham found their rhythm. This memory would surely not have been lost on the Monkton Lane side either and they regrouped, mindful too that any bonus point(s) may yet prove valuable in the final reckoning come April. The opening minutes of the half certainly didn’t lack for intensity, prop Jonny Kiddle fresh to the pitch was quickly amidst the action with a heavy hit as the teams wrestled for control. Having once more manoeuvred themselves into the away side’s 22, King’s set-piece provided the steady platform required from which the back-line could be unleashed and Luke Minors was to be the one who notched King’s fifth try; 33-0.

The game was in anything getting faster the longer it went on and maintaining that tempo has been something that has characterised King’s season to date. Whilst physically, and mentally, demanding when it works the sheer speed of decision making has proved often irresistible. Farnham were doing as well or better than most but King’s were finding gaps, Will Kibblewhite surging through, his offload miraculously taken below the knee by an onrushing Brodie Wilson, his pass to Rob Parker who looked momentarily like he might go all the way. Farnham not only managed to snuff the danger but nearly went one better as they broke out on the counter-attack and might have streaked the length of the pitch but for a covering tackle from the alert George Jones. Back came King’s, Tom Smith denied in the corner by ferocious defence, but after successive penalties Farnham were under the cosh and it came as little surprise to see will Kibblewhite canter over for his second after a long cut-out pass from George Taylor; 38-0.

Now into the final quarter the game continued apace, Tom Cobb Showing an insatiable appetite for work in defence as the sides continued to ask questions of one another. All subs had now joined the fray, Jack Griffin and Barry Williams both into the action for King’s. It was now Farnham’s turn to attack and it coincided with a period during which King’s rather ‘lost the ref’ as the saying goes, eventually Rob Parker was adjudged to have been guilty of a high tackle and was dispatched for a period of self-reflection. Farnham elected to scrum but even with their man advantage but it made little difference and King’s looked to be comfortable making first-up tackles as they had all day. Instead the visitors tried for a lineout drive but that too was repelled. When another penalty was conceded once more a scrum was chosen, again it came to nought. Finally though their period of territorial dominance was rewarded with a neat try down the short side as fleet-footed winger Reece Stennnet crossed; 38-5

Whilst there was to be no clean-sheet for King’s there remained time in the game to at least strive to finish on a high, which is what they did. From the restart the play never left the Farnham half and moments later the away side were themselves to lose a man to the bin for a high-tackle, no more or less harsh than the one at the other end of the pitch, as a penalty was awarded. As King’s set up to go wide the Farnham defence spread itself too thinly and some quick thinking from George Jones saw Ed Forshaw over for his brace; 43-5. Whilst King’s could have snatched the conversion and run back for more, instead George Jones took the unusual but permissible option to allow himself to be timed out by exceeding the 90secs available from when a try is awarded to attempt the conversion. So, having got his wish the referee disallowed the kick and instead signalled the end.

Once more King’s had shown admirable determination and no little skill to overcome their opponents and once more a 5pt win was secured. The difference between this and those which preceded it of course was this one means King’s were not only crowned champions of L2SW but also promoted to London 1 South for 2019-20, this highest level the club will have competed at. More of that will follow under separate cover.

Farnham more than played their part on the day and their players were gracious in defeat on the pitch and forthcoming with complimentary words. For the record King’s chose Toby Salmon as MOM, and without a reciprocal nominee Tom Cobb and Brodie Wilson shared the accolade the other way. Promotion fever may have seen a handful on the sidelines suffer from the ‘mouth in gear, brain in neutral’ phenomena in the second half, but for the record no disrespect was meant towards our long-standing and worthy adversaries. Farnham may have slipped a place to third with Old Alleynians leapfrogging them into second, but with just 8pts separating five sides and 25pts left to play for the race for the play-off spot looks set to go to the wire and we wish Farnham well for the rest of their season.

So five games remain starting in a fortnight with a trip to Twickenham who suffered their first home defeat of the season at the weekend as Old Emanuel got the better of them 18-38. That will no doubt have stung the Parkfields’ side as would their loss at King’s in November and if King’s approach the game de-mob happy now the title is secure, they will be in for a rude surprise since Twickenham will surely be determined to right some wrongs.