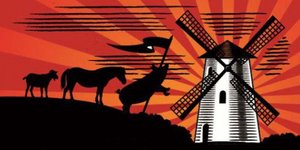 All Halves Are Equal

But some are more equal than others.

For the first time since the halcyon days of mid-September King’s welcomed visitors on a Friday night. The opposition on that occasion were Old Tonbridgian, this time the away side came from even closer – just a mile away in fact as Old Emanuel left behind their Blagdons home for the short trip to Motspur Park. The reverse fixture played out amid the Autumn Internationals saw King’s pushed all the way, the 23-26 score-line indicative of a game that could very well have brought about an end to a stellar start to their 2018-19 campaign. As it was King’s found a way to win and since then no side has finished closer than 12pts adrift of the now league champions, proof if it were required of just what a tricky proposition OE were. Sitting seventh in the table just three points adrift of sixth, OE may well have fancied their chances of sneaking into the top half with a win against their most local rivals.

There were changes across the park for the hosts starting with a re-jigged front row where Tom Cobb started at hooker for the first time since January 5th, Brett Williams was back alongside him with Jonny Kiddle switching to loosehead. In the back-row Brodie Wilson and Matt Young returned after a week away in place of an injured Jack Griffin and Rob Parker initially watching on from the bench. The backline surgery was a more major undertaking with just three survivors from last week and only two in the same positions. Former club captain Patrick Smith’s name was included for just the fourth time, his last appearance coincidentally in the corresponding fixture earlier in the season. Kristian Cook pulled on the 10 shirt for only the second time since December. With a gusting breeze and drifting rain making for an atmospheric if slightly windswept backdrop, at 1945 referee John Durkin signalled it was time to begin.

Whether it was the weather, the time of day, the relative lack of preparation time or a combination of all three, King’s start was eminently forgettable strewn as it was with small individual errors and collective inaccuracy with the home side at times compounding their own woes with uncharacteristically poor decision making. OE were the aggressors and soon established territorial advantage which they were to retain during the opening stanza. Soon Mr Durkin began to blow his whistle, a feature which was to punctuate the game with regularity, with both teams falling in and out of favour at different times. As King’s leaked a handful of penalties increasingly close their line a yellow card looked all but inevitable, but then on a sudden the hosts sprung clear as Brodie Wilson bolted upfield. The ball was quickly recycled and Kristian Cook chipped ahead. Alas for the OE’s full-back his attempt to usher the kick to the touchline saw him nudge it over the whitewash himself and one quick lineout later and George Taylor was over to give King’s a most improbable lead; 5-0.

From the re-start OE once more set about their work with their pack willing carriers and fly-half Harrry Whiteley testing the King’s back three with a cultured boot. After their indifferent start King’s were beginning to play with a little more composure however and soon the action was back in OE’s half, Tom Smith showing flashes of what has been missed during his injury laden season. It was to be the heavies who were next to steal the limelight though as from close range Dan Staunton was in the right place to dot down as King’s barged over; 10-0. With a quarter of hour gone the next score came from a boot belonging to the away side with a penalty awarded centrally but some way out, the kick successfully stroked over to narrow the gap; 10-3.

Notwithstanding the concession of three points, King’s had their dander up and began to set about OE with a bit more vigour. The tempo increased as did the physicality – both sides not shirking confrontation when it arose and the referee had to draw on his experience to prevent any brinkmanship escalating. With the game hotting up, centre Chris du Toit spotted a gap and used his pace and power to force a way though deep into OE territory. As King’s closed in it looked like perhaps OE’s defence might just hold firm but despite having repelled the initial danger they could only watch on as Brodie Wilson sniped for the crucial final yards to swell King’s lead, Will Slater adding the extras; 17-3.

One area where King’s were able to dominate apparently at will was from the driving maul, and OE were to suffer greatly in the ensuing minutes as with a maul powering forward prop Adam Rozenberg (King’s choice for MOM) found himself caught offside and with the referee indicating an advantage play was quickly swung wide from where Matt Young nearly got himself on the scoresheet. He was snared in time but captain on the day Will Slater was able to secure King’s bonus point score; 22-3. It was a case of double jeopardy for the away side as despite the try being scored the tighthead’s transgression did not go unnoticed and he was dispatched to the sidelines.

Having seen their maul pay dividends moments earlier from their next lineout barely inside the OE half King’s set the wheels rolling on another juggernaut of a drive. On this occasion Harry Whiteley suffered a spectacular brain fade as he steamed in and tackled Tom Cobb (OE's MOM choice) the trailer to King’s truck convinced the ball was out. It was not, but he soon was as Mr Durkin gave him ten minutes rest too. In fairness no further damage was done as OE saw out the remaining time before both sides retreated to the changing rooms.

Whilst on the face of it King’s were comfortably ahead at the interval, OE had shown enough to suggest they could be a handful. In the second half at theirs in November OE had scored 13pts, more than any of King’s opposition had recorded previously or has managed since on their own respective grounds in the second period and the hosts were under no illusions about the job being finished. Restored to 14 in time for kick-off OE once more showed their appetite for the fight and King’s were made busy with tackling practice. This was in many ways the theme for what remained, with King’s forays into the OE 22 limited to two or three at best, each once fizzling out harmlessly. The challenge for King’s became how best to try and stymie OE whilst not aggravate further the whistler who found himself frequently displeased with King’s at the breakdown.

Although OEs came close down the left on one occasion as a Whiteley kick sat up inviting for winger Luke Cuff-Burnett only for the ball to squirt free of his hands, in truth the game somewhat degenerated into a keenly contested but not exactly enthralling arm-wrestle. It took until the death-throws for any palpable drama to develop as with OE striving earnestly for a consolation score Mr Durkin produced what was really a team caution, Brett Williams unfortunate to be the nearest player to the perceived offence. As OE kicked the corner the lineout was sacked and a ruck formed only for another shrill blast and another yellow, this one for side entry and Rob Parker, not long on the pitch, was the second King’s forward to head for an early shower in quick succession. With the clock ‘in the red’ OE opted for the scrum and with a prop and a lock in the bin King’s were up against it but managed to resist until the last when in the final play the ball was lost forward in contact to bring about the end.

Scoreless halves in rugby don’t come about too often and indeed regular watchers of King’s have not yet seen the side denied any points in a half this season, the fewest having been 3pts in the only other Friday night game with a solitary penalty struck. Credit must go to both defences for their sheer cussedness and refusal to be bettered in a forty which if being kind might be described as “one for the purists”. OE were worth at least one try on the night, maybe more. With a solid mid-table finish all but assured they can be pleased with their efforts after promotion from L3SW. We wish them well in their quest to secure a top-half finish and to end 2018-19 on a high.

Whilst the game was a long way from being a classic, the fact was King’s were made to dog it out against decent opposition and ultimately having to call upon that resilience will serve them well for what remains of this season and into the next. Win number nineteen means the prospect of an unblemished record remains a possibility albeit not one being taken for granted. Next seeking to knock King’s off their perch are long standing adversaries Old Reigatian who will visit on 23rd March. With the President’s Lunch scheduled for that day the pressure will be on to perform for the great and the good of KCS Old Boys, so followers can but hope that King’s come out on top in what is sure to be a keenly contested match.