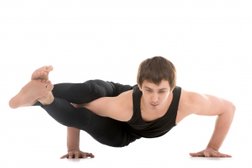 Getting Comfortable With Being Uncomfortable

A subdued King’s go down to their near neighbours London Cornish as the old boys suffer back-to-back home league defeats for the first time since March 2017.

The introduction to life at Level 6 of the RFU pyramid could scarcely have been any tougher last week as Westcombe Park’s well-oiled machine rolled into Motspur Park and duly left with a 5pt win and in so doing kept the home side to zero. On Saturday London Cornish, another club who have recruited heavily over the Summer with their website boasting the names of 21 additions with the promise of “a further 5-10 further [sic] signings in the next few weeks” made their least arduous journey of the season travelling less than 4miles down the A3. The last time the sides had met was 2016-17, the season when Cornish won L2SW with a proud record of P22 W20 D2 L0 – one of those draws coming at KCS with the score 22-22 when the whistle blew. With King’s having superseded the efforts of Cornish last season by winning all 22 of their L2SW league games, there was no doubt that the exiles would be keen to re-excerpt their authority and show that they were a force to be reckoned with in L1S.

Whilst consistency of selection was something of a given for the 1XV last season, already this campaign that feels like something of a distant memory. Of the 15 who started a week prior only 8 did so again, and just 4 in the same positions. There were debuts for 5 players – Tom Ross, Harry Stevens, Jack Reid, Charlie Williams and Calum Barrett – with Robbie Macdonald returning to the fold after 6yrs away. Still, rugby at all levels is a squad game and the 18 who were named were all individually well capable of performing at this level. So it was under clear blue skies and with the mercury tipping 22 degrees and a very firm pitch underfoot referee Alex Rose put the whistle to his lips.

It would be fair to say the start was an inauspicious as they come as the kick-off was dropped and a scrum awarded to the away side. An omen? Perhaps. Anyway, Cornish had field position and a few phases later had a penalty in front of the posts which was slotted; 0-3. Buoyed by their early strike Cornish showed no signs of letting up, keeping their hosts under constant pressure. King’s were plainly struggling to get on the same wavelength as the referee as regards offside, two penalties shipped in quick succession in midfield then at the ruck. This was to be something of a feature of the game with the old boys’ naïveté showing through in the face of an opposition clearly far better attuned to what passes for acceptable in this league. From their second penalty the exiles forced their way towards the King’s in-goal area and their busy inside centre standing in at scrum-half darted over for his side’s first try; 0-8.

With almost a quarter of the game gone King’s slowly began to achieve something approaching traction. Following a spot of ‘kick tennis’ from Robbie MacDonald, Cornish’s fullback and Will Slater, the away side had a lineout just inside the King’s half. When the ball came to former pro Ed Carne (erstwhile Dorking & Surrey Rugby captain 2018-19) he tried a no-look pass to his inside but hadn’t reckoned on an 18yr old playing his first game of mens’ rugby reading the play, intercepting the ball and running 60m to score. That is precisely what happened though with Jack Reid (England U18s 2017-19) crossing and Gareth Stoppani adding the well struck extras from out wide; 7-8.

From the restart Jack Reid was immediately into the action as he claimed the ball only to be felled by the first, but not the last, high tackle of the day. After the period of resurgence, the game once more began to slip away from King’s as Cornish tightened their grip. Ironically it was grip that was missing moments later when the visiting scrum-half knocked-on at the back of a ruck, the referee the only person in KT3 not to see the mishap, and disaster very nearly struck as Ed Carne did all the hard work to get to the line but a forceful covering tackle from Will Slater dislodged the ball in the act of scoring. Justice maybe, but a lucky escape.

The reprieve was only to last 10 minutes though as once more Cornish poured forward and looked to morph their territorial advantage into points. Alas things were about to take a turn for the worse from a King’s point of view as the man in the middle deemed there to have been one transgression too many – hooker Tom Ross going to the bin for not rolling away. With Cornish electing to scrum right wing Tom Smith was unfortunate to be the one sacrificed to allow another front-row to enter the fray. A score was inevitable and it came a couple of phases later in the shadow of the posts. The conversion was kicked and as King’s trotted back to half-way all gathered were puzzled to see the referee go to his pocket again for a yellow card. For chat? Apparently not, he has spotted “cynical play” prior to the try being scored and determined that 7pts was insufficient punishment without a sin-bin too. Off went No.8 Duncan Bucknell, King’s down to 13; 7-15.

Cornish are no fools and saw their chance to put the game to bed. They were immediately back on the offensive and looked to have made the space they needed wide left – the channel Tom Smith would have defended – and as their winger surged for the line only a despairing tackle from Leon Driscoll was to stop him. Or was it? The referee conceded he didn’t know whether the ball carrier had been tackled into touch but with King’s linesman equally unsure, the benefit of the doubt went to the attacking side. A fine conversion followed; 7-22. The half was all but done but the scoring was not and when the visitors got a scrum 5m out, with 2 of the King’s pack cooling their heels on the side-line they couldn’t fail to cross again. Once more the conversion was good.

A poor half of rugby from King’s had turned into a calamitous one by the end as the game had all been wrenched away from them. Those gathered looked on with a tinge of disbelief, as seeing the home side making so many mistakes and injudicious decisions on the rare occasions when they did have the ball was very much out of keeping with what supporters have recently become accustomed to. Still, there were 40mins to remedy the shortcomings and having been restored to 14 then 15 men there were hints of a recovery. However, just as things were looking up Cornish found themselves awarded a penalty in the home 22 and an easy kick opened the second half scoring; 7-32.

King’s were down but not out and enjoyed a rare period to linked phases, Jack Reid to the fore, halted only by another high tackle. Several of the Cornish players allowed themselves sheepish smiles as this third identical offence was not deemed to merit anything more than a team warning. If there was any doubt that it was going to be one of those days, then the moments that followed surely answered that question as from deep in opposition territory King’s were turned over and the visitors went the length of the pitch before their outside centre twisted the dagger once more with a fifth try – this one converted too; 7-39. The ten minutes which followed was unremarkable in all ways, culminating with yet another penalty for Cornish who chose to add 3 more to their tally; 7-42.

King’s had deployed all their bench players, Jack Denison regrettably only for a short time as torn bicep saw him quickly into then out of the action, Calum Barrett also on as was Brett Williams. It was however to be Chris du Toit who injected a rare bit of sparkle as an arcing outside break saw the centre smash through 2 would-be tacklers before feeding Tom Smith who kept his composure as defenders closed on all sides to double King’s try count on the day. Gareth Stoppani didn’t miss; 14-42. Calum Barrett very nearly tripled the tally soon after as he barrelled his way into the shadow of the posts and with King’s finally looking a little more cohesive it was only frantic last ditch defending which was to deny the home side. With time almost up the match began to more closely resemble a basketball game than rugby one as the teams shuttled from one end to the other. King’s made their move first, then Cornish who once more dropped the ball with the line looming before in the final act King’s surged all the way to within 10m before a moment of indecision culminating in a forward pass put pay to what was to be the last chance before time was called.

This second game of L1S rugby proved to be an educational one. Ultimately King’s were their own worst enemies – a litany of mistakes and unforced errors repeatedly handed any chances and or advantage they created straight back to their opponents. These are things that can be improved upon with hard work and greater focus. The score when the game was played 15 v 15 was 14-21, when one man down was 0-7 and when two down was 0-14. Playing against teams who have ‘been around the block’ in this league will be tough enough and King’s will have to quickly adapt to what referees are looking to punish if they are to avoid the numerical disparities which hurt them so badly on the day. There may well be more ‘uncomfortable’ days before King’s recalibrate to become ‘comfortable’.

Credit where it is due, Cornish were worthy winners on the day and a try count 2-5 in their favour was no less than their performance deserved. We’ll look forward to seeing them again in the last game of 2019. Alas, having drunk the case of beer they brought with them (apparently a tradition although not one your correspondent has seen at any other club), Cornish headed home before the awards were dished out. Had they stayed they would have heard captain Will Slater thank them for the game and give King’s MOM award to flanker Sam Matanle who was industrious and disruptive just as a good openside should be. Without an opposition nomination King’s gave the corresponding MOM to Matanle’s counterpart Jack Reid who was a class better than any other forward on either side – no surprise given his pedigree – but who is soon off to university no doubt the relief of fly-halves throughout the league.

Next up it is a first away day for King’s as they must go to Chichester for the first time since the 2008-09 season. Much water has passed under many bridges in the decade which has elapsed, so it will be something a voyage of discovery for both clubs in terms of personnel and playing style. Kick-off is 3pm and any and all support would welcome as the home side will no doubt be noisily encouraged by the West Sussex faithful.