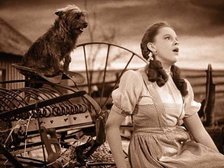 Toto, I’ve Got A Feeling We’re Not In Kansas Anymore

An impressive first half showing comes to naught as Chichester come on strong in the second forty to dash King’s hopes of a first league win.

After two competitive but ultimately fruitless home games it came time for the old boys to pack their bags and hit the road, specifically the A3 then A27 leading to Oaklands Park, Chichester. Ten years have passed since King’s last made the trip and since that time the West Sussex side have remained at one or two leagues higher than their visitors including a three season stay from 2014-17 in what was formerly National 3 London & SE. Since their return to Level 6 they have finished 4th and 9th, although last year’s final position would surely have been significantly higher but for a difficult start which saw only one victory in eight games before the ‘Two Blues’ went on to prevail in ten of their remaining games. With a win versus Horsham and a spirited 41-19 defeat away at Havant the home side were looking to kick-on against a King’s side playing away at Level 6 for the first time.

There were, of course, changes to the starting XV this week – something which perhaps even in Round 3 seems barely worthy of mention. That being said – there were different combinations in the front-row, back-row, at half-back and in the back-three with two more debutants in Funmi Oduniyi and Will Onslow-Wyld who joined Harry Stevens on the bench. Duncan Bucknell was reinstated at blindside allowing Brodie Wilson to take the 8 shirt, Jack Reid completing the loose forward line-up. Amongst the backs George Jones returned at fly-half, with George Taylor at 12 and former Chichester player Leon Driscoll outside him. The man holding the whistle was Richard Hanks and with warm sunshine illuminating a very fast track on the last weekend of Summer, at 3pm he beckoned proceedings to begin.

The start augured well for an entertaining game as both sides tore into one another with vigour as defences were tested. First to blink were Chichester as Jack Reid powered through several Blues’ tackles and closed on the 22 before offloading to Brett Williams whose soft hands set Tom Ross on a promising trajectory towards the try-line. He was snared in the nick of time from a home supporters’ point of view but the damage was done and moments later George Jones gave the final pass as George Taylor crossed for a try Gareth Stoppani converted; 0-7. With just 5mins gone King’s really should have doubled their lead, a failure to execute a 2-on-1 leaving winger Tom Smith frustrated with an acre of space beckoning. The momentum was palpably with the away side and although the referee missed an agricultural high tackle on Brodie Wilson, his arm was raised soon after for offside with Gareth Stoppani doing the honours from the tee; 0-10.

Remarkably just ten minutes had been played and whilst the hosts may have been rocked by the opening stanza, they didn’t take long to get some traction of their own quite literally as it transpired with their pack grinding a lineout drive over the whitewash with their kicker adding the extras; 7-10. The pendulum had indeed swung towards the home side and after a brief midfield stalemate, proceedings sparked back into life as Chichester scampered down the right flank for their second score with the kick once more on target; 14-10. It was increasingly a game of punch and counter-punch and sure enough it was Jack Reid causing problems once more, his break triggering localised panic in the defence before an inside ball from George Taylor saw Gareth Stoppani over for a seven-pointer; 14-17. With a quarter (not a typo) of the game played the referee beckoned drinks on to the pitch as everyone took the opportunity to catch their breath.

The suspension in play did not seem to phase either side, least of all King’s who continued to press. It has taken 22mins for the first scrum, and 6mins later the old boys were awarded a penalty at what was perhaps only the second set-piece and after skipper George Taylor opted for posts it was left to Gareth Stoppani to bisect them; 14-20. If it seemed the stars were beginning to align for King’s then fate was soon to intervene as the away side suffered the first of numerous injuries, the influential Jack Reid withdrawn with Will Onslow-Wyld on in his place. The game was still being played at a furious tempo and following a typically powerful run from Chris du Toit, Chichester achieved a turnover and a broke out themselves, the attacker hauled down by a fine covering tackle from Pete Januszewski. The hosts maintained their field position and when they were awarded a penalty for offside they elected for a shot at goal but the kick was wayward. It was now ‘all Chichester’ in football parlance as they battered the King’s line with scrums, lineouts and driven mauls before eventually a misguided attempt from a forward to launch Superman-esque over a ruck resulted in a beaching atop the pile of bodies allowing Will Slater to strip the ball and kick dead in the last action of the half.

It had been an energetic and enjoyable first forty with both teams showing glimpses of both their ability and susceptibility in equal measure. With 4 tries already scored and neither side showing any signs of slowing down there was cause for optimism regardless of allegiance. Whatever was said inside the confines of the home changing room at the break plainly resonated with the players as with seven minutes played the Blues burst through in midfield and finished wide left to close the gap to one point with the extras missing; 19-20. King’s wasted no time in taking the challenge back to their opponents but once more made life unnecessarily difficult for themselves as a kick from a scrum penalty missed touch resulting in a net loss of metres. Chichester were not complaining though and as they mounted a series of driving mauls Pete Januszewski found himself singled out by the referee for ‘team yellow’ as King’s were reduced to 14. Unsurprisingly the hosts went for the corner and drove the next maul over to take the lead once more; 24-20.

The middle period of the half was characterised, at least from a King’s point of view, by a debilitating accumulation of injuries with the hard ground, collisions and a dollop of bad luck all seeing the old boys struggle to keep 15 players on the pitch – something eventually which was beyond them – and several of those who remained on the business side of the whitewash were moving far from freely. Even with the team back to its full complement, defence was now very much the order of the day and despite a committed effort, Will Onslow-Wyld by now playing wing despite having come on in the back-row with a couple of crunching hits, there was a sense of when and not if Chichester would cross again. Sure enough from a training-ground lineout play they did indeed manage to pull two scores clear; 31-20.

As the last ten minutes ticked round King’s rather makeshift XV were starting to look leggy, but continued to try to play as is their way. They might have had a leg-up had the man in the middle seen the cheap-shot offered up by a home prop to the head of an unsuspecting Will Slater by way of a forearm, but the referee’s eyes were on the ball and the miscreant can consider himself lucky to have got away with what would have surely been a straight red if spotted. As the clock wound down Chichester arguably saved their best for last as some midfield trickery saw their winger sail in on an unstoppable line for his side’s sixth try; 38-20. There was only time for a restart before the hosts thumped the ball dead to close out their second home win.

Once more King’s showed glimpses of what they were capable of and indeed they were not outplayed in any particular facet of the game, with the possible exception of the lineout where the old boys struggled to find the consistency required. Credit must also go to the opponents who succeeded in disrupting throughout. The first half was won 14-20, but the second lost 24-0 and there is no getting away from that. Whilst not as punishing as the double-yellow last week playing with 14 also saw a net loss of 7pts. Deserving winners, Chichester were gracious in victory and kind enough to compliment King’s panache especially in the threequarters. ‘Chi’ showed plenty of nous and refused to be ruffled even when trailing, which is something King’s would do well to take note of – it should be clear if it isn’t already that nothing is given easily in this league and points must be earned even more so than the level lower where they may have been offered up a little more readily.

Next week King’s return to SW London and await the visit of Beckenham in what is the first meeting between the clubs, at least in the modern era. The L2SE champions in 2018-19 await their first victory just as their hosts do and having given Havant an almighty scare last weekend recovering from 6-31 at half-time to outscore their high-flying opponents 28-8 in the second forty and earn themselves a try BP in the process. They will not be underestimated by any measure and supporters are encouraged to get themselves to Motspur Park and back the boys as they look to get back to winning ways.

Coach leaves Motspur Park at 11.30am.