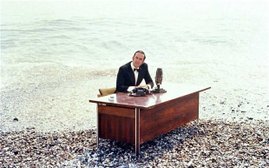 And Now For Something Completely Different

After a stuttering start to the London 1 South, King’s find their stride scoring seven tries to record a bonus point win and elevate themselves from the foot of a fledgling table.

With Summer now behind us and days already feeling decidedly more Autumnal, King’s found themselves back at home awaiting the arrival of unfamiliar opposition, namely Beckenham RFC. The visitors, like their hosts, were winners at Level 7 last season – concluding their London 2SE campaign with a record of W19 D1 L2 finishing on 96pts, six clear of runners-up Horsham. Like the old boys, the South East London side have found the transition to the new elevated company in which they find themselves somewhat tricky with no win from three. That said both sides have been competitive to date and today represented an opportunity for at least one duck to be broken.

Once more there were a sprinkling of changes across the side with different back three, half-back, back-row and front-row combinations on display. Making his season bow was hooker Nick Gardner, whilst Will Onslow-Wyld made his first start for the club at No.8 and behind them James Houstoun returned to a King’s shirt after several years away spent in Civil Service colours. The bench featured a debutante in the shape of Theo Alexis, whilst James Shaw’s name was included on a 1XV team-sheet for the first time since October 2018. James Davies was the man charged with making sure the laws were adhered to and at 3pm he beckoned play to commence.

The start was a bustling one from the hosts who soon found themselves making inroads deep into opposition territory. When Beckenham conceded a penalty for side-entry after 5mins the home side opted for the scrum and with an almost surreal level of ease from the first phase James Houstoun was able to glide over for a score Gareth Stoppani improved; 7-0. From the restart King’s assumed possession and quickly re-established field position, Leon Driscoll carrying hard against his former club whilst Will Kibblewhite made good yards down the left for the first, but by no means the last time. As it transpired it was to be his fellow three-quarter, Tom Smith, who was to profit from King’s next break as a James Houstoun pass set the winger free with Gareth Stoppani once more on target (as indeed he was with each conversion on the day); 14-0.

With fewer than 10mins played if Beckenham hoped they had perhaps weathered the worst of the storm then they were to be disappointed as having been turned over they promptly conceded another penalty George Jones went quickly and one carefully weighted kick later Will Kibblewhite was scooping up the bouncing ball before accelerating round behind the posts; 21-0. Will Onslow-Wyld confidently claimed the restart, but Beckenham began to exert some pressure of their own and within 2mins it was King’s conceding a penalty for holding which was slotted to get the visitors off the mark; 21-3. Stung by the concession of points King’s were instantly back at the throats of their visitors as Will Kibblewhite once more terrorised his opposite man, although his chip and chase was a shade too heavy. With the ball back in King’s hands Will Onslow-Wyld burst down the left, his pass to the livewire Will Kibblewhite (Beckenham’s MOM) whose switch inside released Gareth Stoppani for King’s try BP score; 28-3.

Around the ground there was a feeling of growing sense of familiarity as this was precisely the kind of performance which has got King’s promoted. However, Beckenham are not this league on anything but merit and they duly began to gain a degree of traction their openside (and MOM) Hans Laud-Anderson making a nuisance of himself at the breakdown. Their pressure was rewarded in time as after sustained phases on or close to the King’s line, centre George Hixson powered over; 28-10. Their purple patch was not to end though and indeed had they been a little more patient they may have closed the gap further, but some resolute defence saw them eventually putting boot to ball and with that the chance was gone. Time was up on the first period but the scoring was not complete as Gareth Stoppani and Will Kibblewhite once more linked to make crucial inroads out wide, the ball was recycled quickly and Will Onslow-Wyld took play into the 22 before releasing Pete Januszewski who added his name to the scoresheet.

With a try count 5-1 in favour of the home side it would have been easy to have believe the game was won and based on last season that would be a fair assumption. However, this was an opposition who a week previous had trailed 6-31 at the interval before winning the second forty 28-8 so King’s were already on notice of the threat the visitors posed. If ever there was a time that a fast, authoritative, start was required then this was it and King’s delivered with a length of pitch spectacular which started with Brodie Wilson and went through the hands of the omnipresent Will Onslow-Wyld before arriving in those of Dan Staunton who crossed the whitewash; 42-10.

This sixth try felt important, puncturing the Beckenham balloon so soon after the start of the half must surely have had some psychological bearing. That said the boys in blue were not going to go down with a whimper and indeed it was they who were next to score as the pack forced a way over close to the posts for a seven pointer; 42-17. Keen to quash any renaissance which may have been in the offing when a penalty was awarded three minutes later King’s elected to take the three courtesy of Gareth Stoppani; 45-17. By now King’s had made full use of the bench with Theo Alexis, Funmi Oduniyi and James Shaw all into the action, albeit for the latter it was initially a fleeting appearance as a flash of yellow saw him quickly confined to the side-line once more.

The middle twenty of the half was by some length the least remarkable of the game with the sides striving to play but both making too many mistakes to achieve effective continuity. Credit must go to Will Onslow-Wyld, Pete Januszewski and Duncan Bucknell who were a constant thorn in the side of the Beckenham lineout from start to end. Ultimately the stalemate was broken when debutante Theo Alexis introduced himself to Beckenham backline with a searing break and before the defence had time to react Pete Januszewski was cantering home for his second of the day; 52-17.

With the end firmly in sight King’s injected a final spurt of tempo into proceedings, George Taylor by now playing scrum-half to the fore, and with Beckenham showing signs of flagging a weary defender found himself consigned to the sin-bin for a slap-down. From the resulting penalty Gareth Stoppani swelled his personal to 25pts on the day; 55-17. Whilst a shade over ten minutes were found to play, neither side made much by way of an impression on the other and indeed the score remained unchained when time was eventually called.

Whilst it was naturally a relief for players and spectators alike to see the team playing with some of the flair they were synonymous with last season, it may well be that this week was the exception rather than the norm. That said, scoring 50pts against a team who were champions themselves last year should not be decried and the confidence gained will stand all connected to King's in good stead. Beckenham to their credit made the second half a much closer affair with a the try count reduced to 2-1 as they showed that they have talent in their ranks and will remain obstinate and committed opposition against all the sides they face. We shall look forward to the return leg, even if it will be played out in the depths of Winter.

Round 5 sees King’s making a short trip to Chiswick to face the HAC, another club waiting for their first win of the season. HAC finished 5th in London 1 North last time out and joined this league on a level transfer, so evidently they are not be lacking in nous about what is required to succeed. The game is to be played at King’s House sports ground on the banks of the River Thames, so whilst spectators are actively encouraged to come and lend their support, a scarf and a decent jacket probably won’t go amiss!