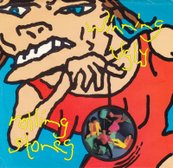 A day for the purists to enjoy with both defences on top as the inclement weather stifles the flow in what was to be a stop-start game.

To the relief of some, this will be a shorter report than usual owing (a) to season summary included at the end; and (b) a match that didn’t lack for effort but didn’t necessarily make for the most scintillating viewing.

So, the visitors in the final round of the opening eight week block in London 1 South 2019-20 were Dartfordians making their first trip to Motspur Park. The away side have not enjoyed the start to the league they would have liked, with just 2 bonus points to show for their efforts to date meaning they came into the clash sat at the foot of the table. With little known about their opposition save for the certain knowledge that they would have been targeting their clash with the old boys as the one to break their duck, King’s were certainly not taking the SE London side lightly.

On the pitch there was an entirely new front row on show from seven days previous with Joe Mason back from Japan, Theo Rhodes returning from injury and Funmi Oduniyi making his first start. The back row was also a novel arrangement of Calum Barrett, James Shaw and No.8 Jack Griffin on show for the first time since round one. Behind them George Jones returned after a fortnight away meaning captain George Taylor was able to vacate the fly-half spot and return to his natural habitat in the centres. On the bench Tom Ross was passed fit to take his place alongside debutante Luke Harvatt. For the last time in 2019 the nominated kick-off time was 3pm and when the minute hand hit the hour referee Alex Mackinder got proceedings under way.

There was action from the off, but not the kind expected as with fewer than 30secs on the clock a yellow card was shown to George Taylor for a trip which even player on the alleged receiving end appeared oblivious to. The mouth of the gift horse was staring Darts square in the face and within only a handful of minutes they were over from close range with their kicker icing the cake; 0-7. Five minutes later King’s could have set their own wheels in motion after the award of a penalty wide on the left, but the acute angle and conditions proved too much and despite a firm strike as the ball was to miss its intended target. No sooner were King’s restored to their full compliment than they began to excerpt a degree of pressure and after a rather chaotic exchange a kick through wasn’t dealt with and an attempted hacked clearance ricocheted into the path of Theo Alexis who pounced for his first score for the club. Gareth Stoppani added two more; 7-7.

With a quarter of the game gone King’s were beginning to gain the upper hand, Funmi Oduniyi unlucky to be denied his first try with the referee adjudging him guilty of a double movement in the act of scoring. King’s kept the pressure on in the tight and the loose and whilst Darts tackled like demons the hosts were eventually rewarded with a penalty for offside which Stoppani slotted; 10-7. The scoring wasn’t quite complete however as having watched on as a kick from Darts drifted wide, it was left to King’s to keep the scoreboard operator busy as a third kick from Stoppani was successful; 13-7. Darts came on strong on the closing minutes but King’s defence was up to the challenge and safely saw them through to the end of the half.

It had been a well contested forty minutes, albeit neither side had quite come to terms with the elements and the referee’s whistle had been heard with regular intervals so rarely were more than a handful of phases linked. With such a narrow margin the outcome was far from certain and it was Darts who began most brightly as they won a scrum penalty and opted for the posts, this time the kick from their fly-half (and King’s MOM choice) didn't miss; 13-10. This renaissance was short-lived though as King’s surged to the other end of the pitch and a high-tackle saw Darts not just concede a penalty but lose a lock to the bin. Stoppani duly re-established King’s six point cushion; 16-10. This was the cue for King’s to turn to their bench with Brett Williams and Tom Ross into the action. The rejuvenated front row had a difficult start to their game as Darts came on strong in the scrum just a few minutes later but Jack Griffin (Darts nomination for MOM) was unfazed and burst upfield putting the visitors’ defence on the back foot. The ball was quickly recycled and a deft kick from George Jones sat up perfectly for Will Kibblewhite to gather and power to the line. Gareth Stoppani was on target once more; 23-10.

There remained 30mins to play and whilst both sides had their moments, the bulk of the play was concentrated in the King’s half and indeed much was in the home side’s 22 with the visitors in the ascendancy. Time and again Darts hammered away at King’s trying to find a chink in the armour to bring themselves back into contention for at least a losing BP. Luke Harvatt joined the fray in amongst it all for his 1XV debut, Chris du Toit off with Theo Alexis sliding out to the wing to make way for the Welsh centre. The breakdown was a bit of a lottery as even in defence King’s were winning penalties but Darts saw to it any reprieve was short lived. In time King’s lost James Shaw to a yellow for an early tackle but even a man short King’s did not allow their line to be breached and after a second period lasting fully 49mins finally Mr Mackinder decided enough was enough.

When the dust had settled both sides finished the game looking quite pleased it was over. Not since 2014-15 when the season started with a nine game back-to-back block have teams in London 1 South been asked to go for two months solid, in recent years six weeks has been the upper limit. Fatigue was certainly a factor today which, together with a greasy ball, meant neither team ever hit their straps. Darts arguably deserved at least point, they may argue more, for their efforts but will have to wait a little longer for their first win, but may take comfort in the number of games remaining to play. We shall certainly look forward to our visit to Bexley in February and wish them well in the intervening months.

The record stands at P8 W3 L5 with 17pts taken from a maximum 40. After the highs of last season this year was always going to be a different challenge and so it has proved. Aside from being kept to nil by Westcombe Park, a disappointing second forty away at Chichester and a suicidal 10mins at the end of the first half against London Cornish, King’s have not been overwhelmed thus far. What they have found, as might reasonably be anticipated, is that there is less room for error and teams will punish you when concentration levels waiver, whether in the first minute or the eightieth.

The defence has been by and large good, indeed only six teams have conceded fewer than King’s 202 points. In attack there's work to do, 175 puts them 10th in the pecking order, but a points difference of -27 can soon be turned from red to black with a couple of positive results. From 5th to 11th just nine league points separate the sides and so it is clear that it will not take much of an upturn to see an improvement in the standings. Four bonus points have been achieved thus far, and these too may be important in the final shake-down.

The fixture gods have been reasonably kind to date with five home games and three away, and King’s have faced all but one of the teams in the lower half of the fledgling table. The next block of three sees King’s on the road to Thurrock, at home to high flying Camberley then away at an impressive Belsize Park. A week off follows before the out-leg is rounded off by hosting Horsham then a long trip to Havant. All these fixtures will pose different challenges and King’s will enjoy the short break as they regroup, reinvigorate and seek to kick on in the next phase of this exciting league journey.