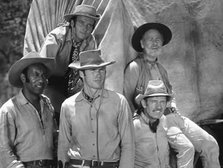 Through the rain and wind and weather – albeit not as bad as forecast – a performance of composure sees King’s leave Essex with a valuable four point win.

With RWC19 consigned to history attention switched back to more local matters with the resumption of the leagues as King’s travelled to Grays to face Thurrock RFC in the first meeting between the clubs. The Essex side were promoted to Level 6 in 2010, their stay only brief before promotion to (what was) National 3 L&SE in 2012 where they remained until 2014 before a return to London 1 North in 2014 and in time they found their way to London 1 South in 2017. Having finished 5th in the league last season this campaign has not quite to plan thus far with 3 wins set against 5 losses, curiously none of those victories having come at their Oakfield ground. Having snatched defeat from the jaws of victory 3 weeks prior with Horsham having picked the home side’s pocket in the last play, King’s came expecting nothing less than a stiff challenge.

On the selection front it was a broadly similar XV which took the pitch with just three tweeks to the pack where Sam Young and Tom Cobb returned after a two game absence and in the back row Jon Vermont pulled on the 6 shirt for the first time since season 2017-18. Amongst the threequarters there was only one change from two weeks prior, Gareth Stoppani moving onto a wing to accommodate James Houstoun at fullback. On the bench Robbie Macdonald was included for the first time since game week 2. Following a rendition of the last post the sides observed a minutes’ silence on what was Remembrance weekend and then with floodlights illuminating proceedings from the outset, on the stroke of 3pm they tore into their own kind of battle.

Whilst it may have been one of the longer trips from SW London there was no signs of heavy legs as King’s came out firing and within 2 minutes were breaking down the left and when a dexterous inside flick from George Taylor landed square in the hands of Will Kibblewhite he stormed home for a try Gareth Stoppani converted; 0-7. Thurrock wasted no time in getting themselves into the King’s half and when the visitors conceded a dull penalty for a ruck offence the home side opted for a shot at goal, but the kick flew wide. Just a few moments later when Thurrock dropped a driving maul King’s were not so profligate and Stoppani was on target from long range; 0-10. With less than a quarter of the game played a good start got even better as from another powerful lineout drive George Jones spotted green space and his kick was seized on by an alert Theo Alexis who eluded the grasps of a couple of tacklers to extended the lead; 0-15.

This had definitely not been in the script for the home side but fair play to them they doubled down and set about getting some traction in the game with a combination of power from their big ball carriers – notably lock Tani Loka, No.8 Charlie Russo and outside centre Dylan Fearon - and numerous kicks from the boot of fly-half Sam Stanley. In time their sustained pressure saw to it that when a speculative pass wide left from Stanley hit the deck a kind bounce into the arms of Niall Clifford allowed the full back an unhindered route to the line; 5-15. In the period which ensued King’s had their chances just as the hosts had theirs but both sides failed to execute despite passages of promising play. Unfortunately Will Kibblewhite saw his day end early, a shoulder injury meaning Robbie Macdonald was into the action after 32mins.

Thurrock came again and the highlight of the first forty for the hosts was a magnificent pass from Sam Stanley, showing all his professional experience and class, which was collected in midfield only for the ensuing pass to be rather harshly called forward by referee William Foster. One of the Thurrock players then had a brain fade of his own as some ill-advised comments turned a scrum into a penalty with the ball pumped into the home side’s half. Moments later and Stoppani was once more lining up a strike at goal but on this occasion he was wayward. The first period closed out with some fairly non-descript kicking from both sides before the teams went back to the sheds for a breather.

It had been a very satisfactory half for King’s who had largely dealt with the muscular threat of Thurrock’s runners and despite their best efforts Thurrock had failed to put the visitors’ back three under any real pressure with their kicking game. That said, the physicality was soon to take its toll as within 3 minutes of the restart Jon Vermont pulled up with a hamstring tear and with their numerical superiority Thurrock took full advantage as centre Henry Bird crashed over; 10-15. As the kick sailed wide, Harry Stevens came off the bench and into the back row. With the match now poised delicately King’s were relieved to be able to alleviate a little pressure soon after, a ruck infringement was spotted which gave Stoppani the change to re-establish a little breathing space; 10-18.

Thurrock must have sensed that they needed to raise their game and this is exactly what they did as busy winger Jake Barrand, who carried strongly all day, came in from flank and burst a hole through which his teammates duly flooded. King’s were outflanked wide on their left as fellow winger Kye Holloway plunged over the whitewash; 15-18. King’s were not finished and it was they who were to strike next, an offside penalty in front of the posts giving them the chance to add an easy three to their tally; 15-21. Indeed this marked the beginning of a purple patch for the old boys as they enjoyed a period of territorial ascendancy which saw numerous penalties awarded against the home side. Eventually just as Mr Foster indicated yet another penalty advantage 2m out Tom Cobb clawed his way over for the visitors’ third try; 15-26.

The King’s pack had a good day and it would be unfair to single out an individual but they appeared on top in most facets of forward play – save perhaps for the lineouts which were by and large honours even – and moving into the closing stages a penalty after a slip from a slightly weary home front row allowed Stoppani to stroke over his fifth kick; 15-29. Thurrock must have realised it was now or never and duly laid siege to the away side’s line in search of a losing BP, pounding it for all they were worth. It was now King’s turn to ship a succession of penalties, but before any damage could be done Funmi Oduniyi secured a turnover, Joe Mason coming away with the ball which found its way quickly to Robbie Macdonald who streaked away, only to be halted by a high tackle which meant an early end for Bird as a yellow was flourished. Now it was King’s turn to seek a bonus point for four tries, but despite getting to within 5m of the Thurrock line a knock-on in a maul saw the end signalled.

Whilst Thurrock were plainly dissatisfied with both their performance and the outcome, they were gracious in defeat and acknowledged that it was not a game they lost so much as one King’s won. They possess several potent weapons across the park, with one or two more missing on the day apparently, and in Stanley have a player who is clearly one, sometimes two, step(s) ahead of the curve. Whilst King’s leapfrogged them in the table they will not be waiting much longer for their home win and we shall look forward to seeing them in SW London in February.

King’s did all that was asked of them and more, and it is a mark of the progress the side of made since September that they were a little disappointed at not having achieved a maximum five point haul from the match. Still, such ambition is to be commended and it was a genuine team effort with solid set piece work, ferocious tackling, a pragmatic kicking game and good finishing all together in unison. Without a nomination from the opposition, MOM went to Jack Griffin who had one of his best games in a King’s shirt carrying hard and making more than his fair share of tackles.

Next up are a more familiar opposition in the form of Camberley who sit in second place in the league and are gunning for top spot and promotion to L&SE Premier. When the sides last faced one another King’s were the party poopers as they dashed the Surrey side’s hopes for an unbeaten home record in their 2017-18 promotion winning season. Doubtless the ‘black and ambers’ will not have forgotten this and will be looking give a dominant account of themselves when they roll into town next week. It should be a good tussle and for those who wish to see it with their own eyes then make sure you are in position by 1430 for ko.