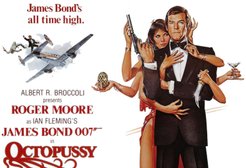 On An All Time High

An assured display from King’s in which they won both halves sees the hosts secure a valuable 5pt win and climb to a new high of 8th in the league.

After a week at rest the 1XV convened in Motspur Park for the first time since mid-November and awaited the arrival of their opposition from Horsham RFC. The Sussex side prevailed in the L2SE v L2SW play-off last season to gain promotion to level 6 and got their campaign off to a flying start with an impressive five wins from seven which saw them sat as high as 5th, just 5pts from the top of the table. Since then positive results have been tougher to come by with just one point taken from the last four games but having gone down by only a single score (27-23) at high-flying Westcombe Park in their last away game it was plain that the visitors were going to be nothing less than highly competitive.

The squad was broadly similar to recent weeks albeit it was all change at lock as Dan Staunton and Sam Young took over from Pete Januszewski and Jack Griffin. Behind them Harry Stevens made his first start at blindside with James Shaw and Brodie Wilson there to keep him company. The threequarters were unchanged save for the return of Theo Alexis at outside centre, Leon Driscoll on to the bench alongside Funmi Oduniyi and Fabian Lumsden. Simon Matthews was the man with the whistle in his hand and under clear blue Winter skies he didn’t wait for 2pm, instead getting things going a couple of minutes early.

A lively start from the teams saw play pinging around halfway for a couple of minutes before the referee signalled a scrum. Having had a difficult time a fortnight previous against Belsize Park it was reassuring to see the demons quickly buried as the King’s pack promptly put their visitors in reverse. The threequarters were also making hay, an incisive break from Gareth Stoppani and Kristian Cook made plentiful yards before the defence was able to avert the danger. With less than 15mins gone the visitors were breached, Brodie Wilson collecting a pass before storming to 5m out and with the ball quickly recycled it was skipper George Taylor who crossed for the opening score which Stoppani improved; 7-0.

The lead was no less than King's deserved for an energetic start and indeed they continued to dominate in most facets of play, not least at the set piece where one drive travelled a full 35m before it was halted only by a Horsham player offering himself as a human speedhump. Soon after King’s won another penalty and opted to kick for the corner, but the visitors were up to the defensive challenge on this occasion. The tide could only be stemmed so long however and following another rolling maul, play splintered allowing Brodie Wilson to take advantage as he weaved his way to the line to double King’s advantage; 14-0.

The restart was claimed authoritatively, this time by Dan Staunton who together with Sam Young ruled the air all afternoon, the lock’s pass released an onrushing Theo Alexis. The centre was brought down but George Jones spotted an opportunity on the short side and with the run of Gareth Stoppani fixing the fringe defence, James Houstoun was on hand to cross in the corner; 19-0. Horsham’s nose had been bloodied but in the period that ensued the boys in green and white enjoyed more possession and not only did they concede no more points they came close to opening their own account and might well have scored some of their own but for some determined King’s resistance. In the last play of the half the hosts very nearly managed a fourth try but just as it looked like George Taylor might add to his tally the referee pulled play back for an offside and with that the interval was beckoned.

The first forty had been as good as any this season for the home side at least in respect of the scoreline and indeed it was the first time King’s had kept an opposition to zero over a half. The old boys had not had it all their own way though and at 7-0 it looked like the visitors’ cussedness might yet stifle King’s attacking endeavour until a quick-fire double changed the complexion of the game. Perhaps conscious of the need to put matters beyond doubt King’s started as fast as it’s possible to do so with Kristian Cook making a telling break before his flick set James Houstoun free for a second with Stoppani on target once more as the bonus point was secured; 26-0.

With King’s pack in commanding form, the lineout especially providing a steady stream of ball allowing the backline the freedom to play in expansive style, things could very well have slipped away from the visitors, but to their credit having made some tactical adjustments they began to look more cohesive. Having earned a penalty advantage in the King’s 22, a well-judged kick through was duly chased down by centre Jordan Bell and with that the away side were on the board; 26-5. King’s didn’t hesitate in landing a counter punch albeit helped by a touch of good fortune as with Horsham on the attack on half-way a looped pass from Rich Tredgett (King’s MOM choice) was picked off by an alert Theo Alexis (Horsham’s MOM choice) who raced clear evading several would be tacklers on his way to the whitewash. Stoppani added the two; 33-5.

King’s continued to press as their ambition swelled but Horsham stuck to their task as both sides rung the changes, Funmi Oduniyi, Fabian Lumsden and Leon Driscoll into the action for the hosts. The visitors rejuvenated backline was looking lively but King’s defence was committed and when a knock-on was forced on inside the home side’s half George Taylor pounced and slalomed his way to the line from 60m for a well taken brace. Gareth Stoppani added his fifth conversion; 40-5. Two minutes later and it looked like Taylor might repeat the trick from similar distance but this time he was snared in time and a hat-trick denied.

The last ten minutes of the game beckoned and they belonged to Horsham as the visitors crossed twice. The first came when some intelligent linked phases created space on the right as winger Christian Squire dotted down; 40-14. The second was a flash of individual brilliance as substitute Ian Paku gathered the ball some 40m out and showing impressive footwork and pace navigated his way to the line; 40-19. Unfortunately in the build up to that try Leon Driscoll suffered what looked to be a serious head or neck injury which had clearly distracted several players and subsequently stopped the match for several minutes before Driscoll gingerly made his way from the pitch. There remined a short time left to play and in it the only action of note Stoppani added a penalty in the final play to close out the proceedings.

When the dust settled King’s can look back with legitimate pride on a five point win, just the third they have achieved and the first against a side who had been above them in the table going into the clash. Horsham were gracious in defeat and given they were missing several of their influential backs it was perhaps no surprise that they found their attack somewhat blunted as a result. When they get their full compliment back their slide down the league will surely be arrested and King’s will be expecting a vigorous test of their credentials in the return fixture come March.

Speaking of testing fixtures, King’s must next travel away to Havant who sit in first place having toppled Westcombe Park 28-34 in an impressive show of strength. With the advantage of playing on their AGP which they will appreciate the nuances of better than any others (with the possible exception of Horsham) it will be arguably the toughest game of the season to date for the old boys. Still, as the half-way mark beckons and sitting as high in the league structure as they ever have – 8th at Level 6 – it will be a good test of how far King’s have come and how far they have to go.