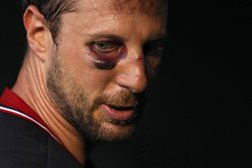 Despite winning the second half 12-8, an abject first forty proves King’s undoing as they succumb to a late penalty with defeat snatched from the jaws of a draw.

With the new year just 86hrs old, King’s welcomed visitors Chichester to Motspur Park for the first home match of the ‘in leg’ of the London 1 South ‘19-20 season. King’s had faced the Sussex club in their first away fixture back in September on an afternoon when, in contrast today as fate would have it, a strong first half was undermined by a less successful second, the home side prevailing 38-20. Since then ‘Chi’ have recorded a further five wins however coming into the game they awaited their first success on the road, six trips away from Oaklands each having ended in defeat. Having signed off 2019 with a bonus point win against London Cornish, King’s were hoping to back up that performance with another solid showing today.

As a whiff of the festive period continued to linger in the air the hosts had to contend with their own Christmas hangover - various absentees, a sprinkling of injuries and a couple of late withdrawals meant headaches all round. Whilst the backline was relatively settled, the pack had an unfamiliar look and into the line-up came Jonny Kiddle for his first start at tighthead since Round 2, behind him Cameron Keller made his 1XV debut at lock with Nick Gardner pressed into action out of position on the flank. All these chances together meant that were new combinations in all three rows of the pack - the ABC club having last played together on 5th January 2019 and in the case of the locks and loose forwards it was the first time ever they had lined up as they did today. The referee was Michael Essam and on a blue-sky afternoon, at 1403, turkey was at last off the menu and rugby was back on it.

To say that things started badly for King’s would not adequately do justice to an opening twenty minutes that was a demonstration in how not to do it. Within 90 seconds King’s were stood under their posts, some non-existent ruck defence allowing busy scrum-half Harry Seaman to waltz clear before feeding onrushing full-back Tom Blewitt who crossed under the posts giving his kicker the chance to add simple extras; 0-7. Moments later and King’s were forced into their first change as Jonny Kiddle sustained a deep cut to his head, Brett Williams straight into the action.

Whilst King’s were under pressure at the scrum, at least when the referee was on the tighthead side allowing Chichester’s loosehead licence to use all his guile, in most other aspects parity was being achieved. Indeed, King’s were winning more than their fair share of turnovers and it was perhaps fitting that their opportunity to gain a foothold in the game came via a ruck penalty, Gareth Stoppani making no mistake; 3-7.

If home supporters thought that perhaps a corner to better times had been turned, they were to be disappointed. A combination of a sustained inability to retain the ball and a plethora of missed tackles meant King’s posed no meaningful threat in the time remaining and indeed Chichester will look back and wonder how they failed to score more points. Will Slater also saw his day over early, Kristian Cook his replacement prompting a minor reshuffle of the half-backs. With the visitors’ bustling No.8 Chris Johnson leading from the front, on several occasions it seemed easier to score than not, but the away side were their own worst enemies as some questionable decision making and or poor execution saw at least three tries go begging. The only reward for their dominance came in the fortieth minute when a penalty for not releasing saw their advantage extended.

To say the first half was one to forget would be a generously diplomatic assessment. The thoughts of coach Sam Richards were delivered in uncomplicated terms at the interval, perhaps the collective slap in the face that was required. Whatever was said the second forty started with more promise than the first had managed at any stage, a clean break down the right by Gareth Stoppani ended by a high tackle which was inexplicably ignored but a second offence moments later saw King’s win the first of a series of penalties. Chichester were under the pump but were seemingly living a charmed life with the referee, unapologetically dropping a rolling maul but managing to achieve the put in at the subsequent scrum. The omens for the Old Boys were not good.

Having survived an early onslaught from the home side, it was centre Eddie Jenkinson who provided the impetus to get the Blues on the front foot, a searing 35m+ run getting his team moving forward. Sure enough a few phases later a 5m scrum was awarded and it was Harry Seaman (King’s MOM nomination) who sniped for a second score. Alas for his kicker the ball toppled from the tee as he approached it, a snatched drop-goal the best he could manage but it barely left the ground; 3-15. With things looking bleak it took a break from James Houstoun to light a fire beneath the home side, his incursion halted by a high tackle. The resulting penalty was shortly followed by another, this one for side entry and within kicking range but Stoppani’s strike missed.

Three minutes later and King’s managed what had eluded them for the first hour of the match as a break from Charlie Williams was followed by a strong carry from James Shaw before series of linked phases culminated in Brodie Wilson getting the home side’s first try. Gareth Stoppani was back on target from the tee; 10-15. With the gap down to a single score the pendulum appeared to have swung in favour of the home side, two scrum penalties awarded to the hosts as the visitors reshuffled front-row found themselves struggling to contain a resurgent opposition. From the second play was kicked to the corner, Tom Cobb (King’s self-appointed MOM) hit Cam Keller and with the lineout drive creeping towards the line an advantage was signalled and would surely have culminated in a penalty try (which in hindsight might have been preferable) had Sam Young not stretched to the whitewash. Stoppani’s conversion attempt was pulled leaving the scores tied; 15-15.

As the match moved into the final ten minutes it was delicately poised and a winner was all but impossible to call. When Gareth Stoppani and James Houstoun combined to propel King’s out of their half things looked promising, but a penalty for hanging-on followed and it was Chichester who took play back deep in the home 22. The lineout was cleanly secured but as play peeled to the openside, the ball was knocked-on, the fumble prompting a reaction audible from the crowd and visible on the face of several frustrated Chichester players. The Sussex men need not have worried though as it was missed by the only man whose opinion matters and Chichester continued to press. As the visitors closed on the line a prostrate Rhys Thompson grabbed the legs of Theo Alexis as he sought to realign in defence, George Taylor spotting the cynical play and as the Chi centre got to his feet gave his opposite man a push prompting a tumble to ground worthy of Golden Globe nomination. Mr Essam stopped the play and after a long discussion determined that Thompson’s and Taylor’s actions both merited a yellow card but reversed the initial penalty in King’s favour instead giving the away side a straightforward kick at goal; 15-18. There remained a short time left but little happened save for Chichester pragmatically winding the clock down before gleefully thumping the ball out of play to bring about the final whistle.

There was a stark contrast in emotions at full-time, the elated visitors celebrating their first away win since January 2019, set against the dejected hosts who had seen the game wrenched from their grasp at the death. Chichester will take great heart from this win, as well they might as they were required to fight until the 80th minute and they needed all their level 6 nous and streetwise acumen to be sure of it. They were good company on the sideline and we hope the sides will be renewing acquaintances in 2020-21 and until then wish them well.

When the dust had settled whilst King’s might have felt some injustice that the phase of play that culminated in the penalty ever was allowed to happen at all, it should be borne in mind that the visitors should have been 20pts clear at the break. The fact that Chichester won was probably the right result and on that basis King’s can take some solace from the losing bonus point – missing out on just one more had the game ended in a draw. Certainly the bar was set low in the first forty and all the players will know that they are capable of far better, and with Christmas cobwebs now well and truly blown away the only way is up in what remains of the campaign.

The next challenge comes away from home as King’s travel to Balmoral Avenue for the first time in many years to face Beckenham. Since the teams last met in round 4 the SE London side have struggled with a single win set against ten losses and as a result they sit at the foot of the table. Nothing will be taken for granted by King’s especially as Beckenham will no doubt want to gain their revenge for an early season reverse. News of how they get on will follow first on Twitter and then here in due course.

Normal warm up times. Please be on time.