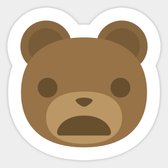 King's and HAC go down to the Surrey woods but the old boys were in for a nasty surprise.

Owing to the fact that no one who watched the game has come up with a report, the below will be an even mix of fact, rumour, suspicion, half-heard conversions and a bit of artistic licence - you can decide which is which.

There were a few unusual things about the match, the venue (Cobham RFC's AGP due to King's pitches being unplayable), the kick-off (1545 due to the hosts having a full programme of games booked in), and no trains to get anyone interested in playing or watching near the ground.

By various means the teams made it in time and Young Match Official Jack Pullein was charged with overseeing his first ever Level 6 fixture, his journey even longer having come from Manchester, one which he will not forget.......even if King's might like to.

No idea what happened in the opening 20ish mins save that King's managed one try (Will Slater, converted George Jones) and HAC succeeded in scoring two of their own adding one conversion; 7-12. King's were next to threaten, adjudged to be held-up by a player who entered the maul offside - spotted by the referee who opted to ignore the offence and give a scrum instead. In total HAC managed to ship eight penalties on or around their line in the first half, but their jedi-mind-trick training proved 100% effective as no penalty try was awarded nor did a card appear. In fact they finished they stronger with a third score to take the lead out to ten; 7-17.

Second half followed much the same pattern was the first, King's thought they might have had a penalty-try for a straight-arm to the neck by a player defending his line. They didn't, a penalty was deemed sufficient and HAC held out. As it was the teams traded converted scores (Theo Alexis, extras George Jones for King's); 14-24. As the night drew in King's had enough of the ball but did little meaningful with it. HAC defended vigorously, and just when everyone thought maybe he'd forgotten them Mr Pullein did produce a card for a high tackle with 15mins to go. The numerical advantage made no difference and in fact HAC scored two more including one in the last play, King's also losing one to the bin at some stage as frustration go the better of them.

Well done to HAC who got the 5pts they came for, exacted revenge for their early season loss and climbed a place in the table pushing London Cornish into the drop-zone. Thanks too for making the effort to get the game played on a day when not all clubs managed to do so. They play an uncompromising brand of rugby and don't lack for spirit so will provide all comers with a fight between now and April.

Very much a night to forget for the 'home' side, but they will do well to try and wipe it from their memory as the next game is back on the same pitch this Friday against Cobham. The Surrey boys are going well this season and only narrowly lost out down at high-flying Havant. King's will need to be exponentially better than they were on Saturday to have a chance of getting a positive result, but who knows with this league. Kick-off under the lights at 1945.

We are playing at Cobham RFC with ko at 3.45pm. We will meet at Cobham - please shout if you need a lift?