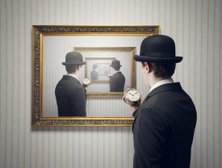 Six days after slumping to defeat against HAC on Cobham’s AGP, King’s return to produce another sub-par performance as the hosts coast to an easy win.

Another shorter report this week owing to a whole load of factors, but at least this way everyone gets through it quicker – the writer and the readers, so use the time you’ve gained wisely.

For two fairly local clubs King’s and Cobham haven’t actually played much rugby, at least not the 1XVs, in recent years. Before the 2015-16 season which saw the Surrey side win L2SW, the next most recent meetings were in 2007-08 in what was L3SW (the old Level 7) and King’s supporters would have to go back to 2005-06 in L4SW to remember a King’s win. With Cobham having already beaten Camberley, Westcombe Park and Havant at home, a neutral might reasonably have suggested that the odds on King’s being the team to upset the apple-cart would be long. Michael Essam was in charge, but couldn’t get the game kicked off on time (1945), proceedings delayed by a whole minute.

With the game just 120 seconds old Cobham kicked a penalty for offside, King’s hitting straight back with a first 1XV try for Matt Anthony after a George Taylor chargedown and break from Tom Smith; 3-5. Cobham nudged another penalty not much later to retake a lead which as it turned out they would not relinquish; 6-5.

Ten minutes of relative tranquillity was followed by four minutes of unfettered chaos from a King’s point of view. First Cobham scored after a break from livewire openside Theo Buffini was followed by a decent kick-pass was dotted down by Max Macdonald; 11-5. The next two tries – for Ryan Saunders then Mario Zakakiotis both near enough straight down the middle – were lauded by home supporters, as well they might, but aided in no small part by King’s flat refusal to tackle or even lay a hand on an opposition player as they did a compelling impression of 15 rabbits stuck in 30 Cobham headlights; 25-5.

With this the match was pretty much over as a contest and the rest of the half played out unremarkably although Cobham could have scored in the last play but for a timely interception by King’s on their own line.

Any thoughts that maybe the aberrations of the first forty could be expunged by a fast start in the second were immediately dashed as no sooner did the whistle blow than Cobham picked up where they left off 25mins earlier, Buffini (King’s MOM) sauntering under the posts for the bonus point score; 32-5.

The away side did manage to stem the flow for a while, Jack Griffin (Cobham’s MOM) putting in some hard yards and strong hits, and eventually went one better by managing a try of their own. Harry Wakefield was stopped in the act of scoring by a swinging arm which concussed him but with which the referee saw no fault awarding a penalty for something innocuous instead. From the set-piece a lofted pass from the left hand of Kristian Cook put Tom Smith in wide on the right; 32-10.

Two minutes later and from a penalty Cobham opted for a decidedly anti-joué kick at goal adding a simple three; 35-10. Despite having the 5pts not just secure, but wrapped and tied with ribbon, for no discernible reason the home side then chose to try and front up to King’s at every opportunity. Eventually their needless posturing cost them a yellow card for a no arms tackle on George Jones as he went to take a quick penalty. Down by one they promptly conceded a series of further penalties, the last for a high tackle on their line before Barry Williams bundled over from close range; 35-15.

There wasn’t much time left on the clock, but just enough for King’s to get even more exasperated with a quizzical decision from the home TJ whose flag shot up to the surprise of almost everyone within 30ft as the visitors looked to attack, their audible disappointment coming at the cost of penalty. Despite resisting the ensuing lineout drive, from a scrum 10m out No.8 Jake McQuade scuttled to the corner in the last play to add the bow to the gift box; 40-15.

First up, congratulations to Cobham. They may have picked King’s pocket in the first game back in October but there was no doubting who the better team were on the night this time. The shiny new AGP under their collective feet clearly suits their game and whilst it would appear unlikely they’ll be going up this season, they play good rugby and if they keep their momentum up next year may be a different story.

For King’s whilst the second half (15-10 / two tries each) was clearly far better than the first, going to sleep as they did made the remainder of the match a thankless task. What’s certain is that the old boys need to re-calibrate quickly – 2020 has not been kind so far, just 6pts taken from a maximum 20. Perhaps getting back on the grass will suit the side, the first test is a sizeable in more ways than one as Medway come to Motspur Park looking to consolidate or improve on their league standing. Being the 1st February this means the longer days are back(ish) so kick-off will be 1430 for those who want to come and see if King’s can bounce back.