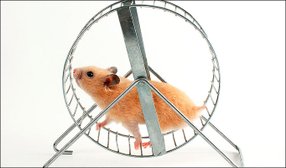 Plenty of effort but little output on a day when it never quite happened for the hosts.

Without a report forthcoming from an author on the home side, below is Medway's (very fair) take on what played out with King's additions in square brackets:-

The home side’s staff had worked hard right up to kick off time to ensure the heavy pitch was playable and that the match would go ahead. Medway were looking to bounce back after their narrow defeat to the league leaders the previous week. With a strong wind blowing across the pitch the game kicked off.

The KCS Old Boys dominated the opening exchanges and pinned Medway back for long periods of time. Despite dominating possession and territory the home side could not break down the Medway defence. The first score of the game did not come until the 30th minute. In what was virtually Medway’s first foray into the KCS 22m they won a penalty for offside at the ruck. Dan Harvey made no mistake with the kick and against the run of play Medway were ahead 0-3.

Just after the re-start with KCS pressing Dan Harvey produced the kick of the afternoon, he was under pressure forced inside and using his weaker left the foot drilled the kick from his own 22m down the line and into touch on the home 10m. On 34 minutes Medway stole the ball at the line out through Christian Hechter and Harvey fed Alfie Orris who burst through the home defence to score under the posts. Harvey converted and Medway now led 0-10. The Medway scrum was beginning to dominate the home side and a couple of quick scrum penalties in succession saw Medway break out from their own half good interplay from Orris, Antony Clement and Max Bullock saw the home side concede a 5m scrum on their own line. The Medway pack drove for the line but KCS infringed and the referee went under posts awarding the penalty try. 0-17 to Medway at half time.

The second half kicked off with both teams looking to play expansively despite the heavy conditions. On 49 minutes Ciaran Slater replaced Bill Sandison at hooker. The next score went to Medway when after a series of phases and Medway playing under a penalty advantage Dan Harvey kicked behind the home defence and Alfie Orris won the race for the try which was unconverted. 0-22. Medway introduced fresh legs with James Dance replacing Rhys Burns, Dance moving to 9 and the versatile Sam Garofalo moving to full back.

The home side having dominated most of the first half were now throwing everything at Medway running at every opportunity. On 65 minutes Medway were penalised for a breakdown infringement and the home fly half tapped and went quickly Antony Clement tackled him but adjudged by the referee to be inside the 10m. Clement was sent to the sin bin for 10 minutes. KCS opted for the line out. They secured the ball and drove but were stopped. With the visitors backs one short the ball was moved wide and KCS scored a well taken unconverted try in the corner [via Robbie Macdonald]. 5-22. Adam Dady came off the bench for his first appearance for Medway this season replacing the solid performing Billy Humphrey.

On 70 minutes with Medway still down to 14 men they went through a series of phases looking to retain possession. From one such breakdown the ball was fed right and centre Max Bullock got outside his marker threw a dummy pass and sliced open the home defence. He then out sprinted the cover defence to score a fine individual try and secure the bonus point. Harvey added the conversion and Medway led 5-29. KCS to their credit never stopped playing and they were rewarded for their endeavours in 74th minute. Again spurning kicks at goal they opted for a line out won the ball and eventually drove over the line for the try [via Pete Januszewski] which was converted [by George Jones] to bring the score to 12-29.

The final act of the match saw Medway pressing in the home 22m to add to their tally. KCS infringed at the breakdown just outside the 5m line. James Dance tapped quickly and was tackled illegally short of the line. The referee had no hesitation going under the posts awarding the penalty try to make the final score 12-36.

Medway coach Taff Gwilliam said ‘…..we are delighted to have bounced back from last weeks defeat. Our defence was superb in the first half when KCS dominated and threw everything at us’. He added ‘ as the game progressed our scrum dominated and provided the platform for our victory’

If you can get to ground a bit early it would be a great help as we may need to mop water off the pitches..