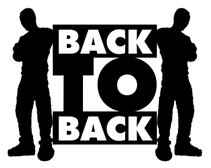 After a three week hiatus from league rugby, King’s travelled down the M3 to Camberley RFC in a fixture originally slated for 29th February. The break for the hosts had not been so long, they had dispatched 46-17 Horsham seven days earlier in the first of their rearranged games and came into the match in good form with five wins in six, the sole reverse a 26-25 away loss at fellow promotion challengers Havant. In November the Surrey side prevailed 17-24, King’s having relinquished a 17-5 lead as the away side battled back to claim a maximum 5pt return. With just 8pts separating the top three in London 1 South, a win for the hosts would put them firmly in the mix for not just a play-off place but conceivably automatic promotion.

Despite the weekend – which should of course have seen pubs and rugby clubs crowded with supporters of all countries watching Six Nations Super Saturday – being a designated ‘blank’, King’s were fortunate to be able to pick from a relatively full deck. Individual changes were too many to list, but of particular note Dave Lawson started in a fourth different position this season, James Sharpe made his London 1S bow at scrum-half and on to the bench came James Hattersley poised to make a club debut. As with last time, it was an exchange referee in charge – this time Dan Evans who made the trip from Somerset, and at 1431 he saw to it that rugby began.

Any concerns that the old boys may be a little rusty following their impromptu mid-season break appeared to be well founded as after just three minutes centre Ash Wright picked off an errant pass and sauntered to the whitewash; 7-0. Little did anyone watching know, or even suspect, that was to be as good as it got for a while from a Camberley point of view. From the restart King’s reclaimed possession and playing advantage for a high tackle, fly-half George Jones spotted space in the back-field and his kick was duly collected by Chris du Toit who crossed wide right; 7-5. Four minutes later and Camberley were under their posts again, another chip ahead this one scooped up by Ed Forshaw who released George Taylor, the skipper rounding the defence to put his side ahead. Gareth Stoppani didn’t miss; 7-12.

There followed a period of consolidation characterised by plenty of ball for the home side, but little headway made as invariably they were met with resilient defence forcing mistakes of all kinds from the hosts. In time King’s began to ask questions of their own, a probing nudge from the foot of George Taylor forcing winger Josh Lewanituva to touch down in-goal and in doing so concede a 5m scrum. Off the back of the set-piece King’s pressed, Camberley shipping a penalty for side entry. This one was tapped and once more the home side infringed and with the benefit of a ‘free ball’ it was Brodie Wilson who slipped the shackles for try number three; 7-17.

Whilst an increasingly animated Camberley trying to find a chink in King’s collective armour but they were being met with ferocity at the gain line by the likes of Dan Staunton, Duncan Bucknell and Matt Young – by now on for an injured Dave Lawson. When the hosts had the ball they went side to side and time and again either ceded position with a knock-on or were relieved of it as Nick Gardner, Funmi Oduniyi and Brodie Wilson turned their opponents over seemingly at will. With 30mins gone Ed Forshaw made a trademark burst through the midfield, quick ball went to George Jones who kicked ahead for George Taylor to dexterously retrieve before he set Chris du Toit free. Whilst the defence was able to cover the threat from the winger they could do nothing except watch on as his sumptuous flick landed in the arms of Taylor who crossed without breaking stride. A fine touchline conversion from Jones was no less than the best try of the day deserved; 7-24.

King’s had the bonus point and the silence from the touchline was deafening as spectators puzzled at why a team they were so used to seeing dominate looked apparently bereft of ideas. In fairness the hosts did manage a short period of pressure and won two penalties of their own on the King’s line, but in keeping with what had gone before King’s turned the ‘black and ambers’ over and the danger passed. With time up, King’s were awarded a penalty on half-way and kicked deep into the home 22. Another penalty followed on the Camberley line which was tapped and the flat-footed defence looked on with pained faces as Taylor fed Forshaw who dotted the ball down beneath the uprights, Jones making it a maximum return.

Aside from one minor mishap, things could barely have gone better for the away side and the scoreline was a reflection of the control King’s had maintained from the off. Just what the message from Camberley's coaching throng was we shall never know – perhaps they questioned whether King’s had read the 3rd v 10th script. Judging by the substitutions at the break it seemed probable the home side would try a different approach in the second forty. Having brought on Ealing Trailfinders Academy player Sione Funaki at No.8 and moved Lewanituva to 13, it seemed the plan was no longer to try and run round King’s, but instead to try and run through them.

Whatever was said the hosts came out of the blocks fast and were helped by a rare handling error from the kick-off which immediately ceded ball to the Surrey side. A penalty for not rolling followed and Camberley advanced deep into the 22 before space was worked wide on the left, allowing fleet-footed winger Alex Turton to cross for a well worked score; 12-31. If the home supporters thought the worm had turned then they were to be disappointed as whilst the hosts snarled and gnashed their teeth their endeavour lacked end product as King’s were able to contain the menace in non-threatening areas of the pitch. On a sudden the window of opportunity looked to have come ajar as flanker Alex Hughes broke free and streaked towards the line but he was hauled down and true to first forty, duly turned over. Ed Forshaw emerged in possession and as he sped clear and kicked ahead only for a clattering charge from fullback Tom Allen to knock him to ground. The referee had no hesitation in issuing a penalty where the ball landed and directing the perpetrator towards the bin despite his protestations of innocence. Gareth Stoppani made a clean connection from 40m out for King’s first points of the half; 12-34.

Camberley resumed their attempt to tenderise King’s up front, the 138kg Funaki frequently to the fore but in a true David and Goliath moment the Tongan was the next to concede a penalty, scrum-half James Sharpe clamping on to the ball, the jackal only prevented by hanging on. The frustration from the home side was palpable and another penalty quickly followed, compounded by 10m added for backchat to bring the mark within kicking range. This time however Stoppani was inches short as the crossbar repelled the attempt. Camberley seized on the loose ball and having conceded the penalty moments earlier, Lewanituva had a chance to redeem himself as he found space with a man in support outside him, but eschewing the pass he backed his pace plus a hitch-kick but Stoppani was not fooled as the Fijian was snared, and sure enough, King’s stole the ball back. Into the action came James Hattersley replacing Leon Driscoll who had enjoyed an energetic match, defending and attacking as powerfully as ever.

For ten minutes it looked as if perhaps the game was drifting towards a somewhat anti-climatic conclusion. Even when Camberley won a penalty 20m out, the ball was kicked dead; it seemed like nothing was destined to go right for the home side. However, sport has a habit of throwing up late drama and this match was to be no exception. With 37mins played Mr Evans dipped into his pocket for a card as Funmi Oduniyi was the recipient of an arbitrary yellow when Camberley advanced at the scrum. Sniffing a chance to add some gloss to the final tally the hosts upped their abrasiveness as they bristled with indignation. A man short a gap had to appear and it duly did as replacement prop Josh Thundercliffe crossed by the posts with a snap drop-goal adding the two; 19-34. A minute later and with a bonus point now tantalisingly close things got easier for the hosts as another yellow meant fellow prop Brett Williams’ day ended early and lo it was that one cross-kick later Lewanituva saw to it that the BP was secured; 26-34. Still, somehow, time remained but not enough for either side to make further impression on the other as a handling error from Camberley allowed King’s to kick dead and bring about the end.

With the dust having settled King’s can look back with legitimate pride on their performance. Whilst the final margin of victory suggests the game was close, the reality was once King’s moved ahead they never looked back and simply played with too much tempo and accuracy for their opponents in the first forty. The 34pts scored were more than any other team has managed at Watchetts since Old Reigatian recorded 37 in November 2016 (in London 2SW); the last time a team scored more at Level 6 was in the old London 2 South when Portsmouth notched 57 in October 2004. In fairness to the hosts their second half renaissance, winning 19-3, was testament to their adapted tactics, tenacity and determination to play to the final whistle.

It is easy to say, but if King’s could play this well every week they would surely be troubling the top of the league with regularity. Whilst the win took King’s up one place to 9th, Camberley remain 3rd – the addition of a BP left them 7pts adrift of leaders Havant and 5pts from the play-off spot. It seems however that circumstances may have overtaken us all now for reasons beyond all our control. With this in mind it is probable, albeit not certain, that the teams will once more be pitched against one another once more in 2020-21 and we shall look forward to those meetings if and when they come to pass. In the absence of an opposition nomination, King’s gave their MOM to James Sharpe who enjoyed a commanding performance throughout.

We should have been preparing for four more games this season, but this is not going to happen. Instead we may reflect on three successive wins – 14pts from 15 available an encouraging way to close out a debut London 1 South campaign. Who knows when the team will next cross the whitewash, so in the meantime we say thank you for your support and until we meet again, look after yourselves and each other – we are in this together!

Meet at Camberley at 1pm.