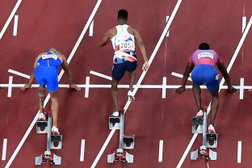 It was good to be back, but Medway’s hospitality only extended as far as the clubhouse as the Kent side flexed their muscles to record a BP win.

No report from the King’s side, so below are the host’s recollections:-

Medway entertained their visitors, KCS Old Boys, at Priestfields on Saturday in the opening game of the long-awaited return to league rugby. Both sides looked to play whenever the opportunity presented itself so the large crowd, boosted by the Vice Presidents and Sponsor lunch attendees, were treated an entertaining game. Medway ran out winners by 30 points to nil scoring a bonus point in the process. The win was largely thanks to a dominant Medway set piece and an off day for the visitors’ kickers. KCS had several opportunities to put pressure on the home side, but their kicking errors meant that the Medway line and team were rarely put under significant pressure.

The visitors kicked off at 3pm and Medway retained possession and went through several phases gaining good field position then eventually winning a penalty with Daniel Harvey slotting it in the 3rd minute. 3-0. With the wind at their backs Medway continued to dominate field position and on 10 minutes Harvey was again successful from another KCS infringement. 6-0. On 24 minutes, and the KCS penalty count rising, Medway had another kickable penalty but opted for the corner. Church-Mills was accurate with the kick and the Medway pack executed well with Hooker Billy Humphrey scoring an unconverted try out wide. 11-0.

KCS came back and some excellent play out wide saw them eventually get over the Medway line but unfortunately for them they knocked the ball on in the process. Medway cleared their lines with a series of phases. Sam Garofalo keeping the tempo up with quick and accurate distribution found Medway closing in on the visitor’s line. Sean Marriott, making his league debut, look all set to score however the visitors full back made a brave tackle hurting himself in the process. The referee Stewart Goodwin rightly stopped the game for the fullback to be attended to. He was forced to leave the field, but we are pleased to say he was not seriously hurt. The scrum re-start saw the dominant Medway pack drive KCS back over their line and No 8 Jordan Stubbington, who showed good ball control at the base all day, scored the second Medway try. Harvey converted and Medway led 18-0 at half time.

The dominant Medway pack were the platform for their half time lead winning several penalties and putting the visitors under pressure at both scrum and lineout. Maik Timmerman, Harrison Cooper-Meadows and Henry Kenny were all making their debuts and played very well. Man of Match Max Easton along with Jordan Stubbington were impressive all day as were Jack Nickalls and the veteran Billy Humphrey. They were all very ably led by team captain Tom Beaumont.

The second half kicked off with the breeze at the visitors back. The first 20 minutes saw no scoring with the visitors trying to get back in the game, but their indiscipline and poor kicking let them down. The Medway defence was solid and in possession retained the ball well thus frustrating the visitors’ efforts. On 72 minutes the visitors’ final hopes of a late comeback were extinguished. Church-Mills found touch from another KCS penalty. The Medway lineout misfired slightly on this occasion but good tidying work from Matthew Beard provided front foot ball and slick hands out wide saw Zachary Garratt with a high-quality finish beating the cover defence to score Medway’s 3rd try. Harvey hit the post with the conversion leaving the score at 23-0.

The final play of the match found Medway with a scrum 5m from their own line. A solid platform from the front five once again saw Jordan Stubbington off the back of the scrum. He fed Lordi Waqa, another Medway debutant replacing the impressive Antony Clement, Waqa broke the visitors defensive line gaining good yards then offloaded to the supporting Beard. Beard fed Church-Mills who held the cover defence and then fed the talented Max Bullock on a great line who beat the last defenders and ran round under the posts. Dan Harvey converted, and Medway were worthy winners by 30-0.

A solid start to the new season. Medway will get better as they continue to work on elements of their game. KCS for their part never gave up showing character and if, their backs who looked very dangerous at times, get enough ball will cause teams problems. However, in this game it was always an uphill task with no front foot ball.

Thanks to Medway for hosting (and the loan of this report) – we shall look forward to seeing you in Motspur Park on the last day of the season which feels a lifetime away but will doubtless be upon us sooner than we might like!

Meet at the club for an 11.45am departure on the coach. If meeting at Medway, please be there for 1.15pm.