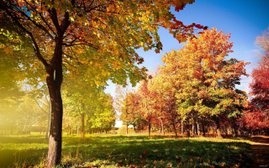 The first weekend of ‘Fall’ saw King’s serve up a confident display of running rugby to secure their first five-point victory of the 2021-22 campaign.

No report has been forthcoming from either side so instead a brief synopsis for posterity.

Guildford had not visited Motspur Park since 29th September 2012, a 0-54 loss symptomatic of an unhappy season for King’s in as much as it culminated in relegation from L2SW, but ultimately it proved to be the catalyst to a resurgence which started with immediate promotion from L3SW in 2013-14 and, in time the L2SW ‘perfect’ 2018-19 season. Guildford’s trajectory has been rather loftier, with promotion to London 1 South in 2013-14 where they stayed until they won their play-off in 2016 to elevate themselves to National League 3 London & SE (as was) where they remained until this season. There has of course been one meeting between the clubs in the intervening period, the Surrey Cup final in 2015 when King’s were cruelly squeezed out 19-22 by a ‘golden score’*.

Anyway, returning to the present day, King’s welcomed two debutantes in Jim McFarlane at fly-half and on the bench loose forward Matt Buxton-Smith alongside prop Benoit Israel and Jacques Birch both making their first start, all three former U21s. Tom Smith’s name was also included for the first time since injury cut short the most recent season in February 2020. The referee was Jonathan Priestland; kick-off time unconfirmed.

No idea what happened but highlights look like this:-

Three wins on the spin is not to be sniffed at in London 1 South and King’s will need to be at their best for a trip to Chichester as the Suusex side rarely lose at home. Weather set to be wild – you have been warned!

Please be there in plenty of time, especially if you are requiring strapping.