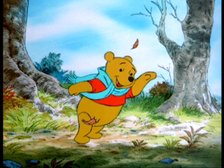 2XV hold on for narrow win.

The weather could have been worse.
The wind was blustery but the rain, for most of the game, held off.

King's 2XV had a solid look about it with a smattering of experienced players throughout the side.

Battersea 3XV are a strong team and tested King's from the start with determined forward runs. However on one turn over a quick break from returning scrum half, James Brooks and good hands gave the ball to Josh Dhillon. Surprising Battersea with his pace Josh burnt off several defenders before touching down under the posts. Battersea would not be caught out again by Josh's pace.
King's found themselves on the wrong side of the referee and a yellow card for John Walton made the going for the remaining 14 hard work. However King's did get two penalties which James Brooks managed to kick from some distance with the help of the wind.

At the start of the second half came the first of three crucial moments in the game. Another penalty to King's on about the 10 metere line. No chance with the wind. Nobody told James though and his kick sailed through. 16 to 0.

Battersea kicked a penalty to narrow the gap.

Next crucial moment, Defending stoutly, not far from the line, King's were tempted to delay the ball for Battersea but thought better of it. The referee was unimpressed and deemed it to be another yellow card. Hold on that's John Walton again. Reluctantly the referee realised and had to return to his pocket for the accompanying red card for two yellows.

Down to 14 King's had to defend for the remaining 20 minutes. They couldn't hold out for ever and with 10 minutes left the line was broken. Cue crucial moment 3. The Battersea kicker, thinking the wind would pull his kick in, pushed the ball too far to the right and the conversion was missed. 16 to 8. Still two scores.

It was inevitable the line would break again but would it be just once or twice. Luckily a combination of poor handling by Battersea and good tackling from King's kept it to just one. Conversion scored and King's had two minutes to hold on and hold on they did.

Very little celebration at the end as King's realised they were fortunate and a few weren't even sure of the score but yes they had won. 16 to 15.

Special mentions to James Brooks for his kicking, James Shaw for his tackling and the excellent lineout work by Ali Cooper and Rory Buckingham. Team debut from Tim Orton.

Previously unbeaten Battersea are a good side and this was a good win for the 2s. If similar sides can be fielded regularly then there is no reason King's cannot challenge for the top spots.