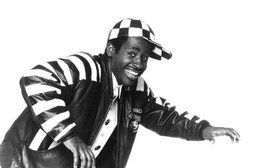 Come Back, Baby Come Back

After sleepwalking into a 0-19 deficit King’s galvanised themselves to effect a dramatic about face and make a winning start to their league campaign.

A new year, a new league (Surrey Conference North), new opposition in London Media, Economicals and Bec Old Boys. Some things don’t change though, amongst them King’s propensity to give their opposition a sporting chance by declining to compete, tackle or indeed give any impression that they are aware the game has started until fifteen minutes in. Saturday’s clash with Reeds Weybridge was no exception as the visitors were allowed to take charge of almost all facets of play in the early exchanges as they cruised into a 0-19 lead with little more than ten minutes gone. Worse still already a couple of knocks had been collected. It really didn’t look like it was going to be the day to be wearing red, blue and old gold.

As it transpired it was one of the replacements who was to jump-start King’s as Jake Upward smashed his way through four defenders, including the biggest man on the pitch in the form of the Reeds’ tighthead (and MOM) to put King’s on the board. Neil Williams added two; 7-19. The Surrey boys wasted no time and were straight back up the other end as they restored their three score lead; 7-26.

The game was now at least being properly contested and after some bludgeoning carries from, amongst others, Edward Reid, Stephen Byrne and Jac Chetland, George Lane added a bit of guile and crossed for King’s second try. A decent kick from Neil Williams closed the gap and that margin remained at twelve points when the referee blew for the turn-around.

Speaking of referees, it should be noted that on Saturday there were not enough LSRFU refs to cover all the scheduled games. Ten fixtures were left without an allocated official. With this in mind one of King’s injured players, recently graduated from university where he qualified as a referee, agreed to take the whistle. This is a thankless task as the opposition are almost invariably convinced they are favouring their mates, in reality in your correspondent’s experience the reverse is the case and in virtually every 50/50 call the ref will tend to favour the opposition to try and appear ‘fair’. Regardless, without someone stepping up the alternative is 30+ lads don’t get a game of rugby with is by a long chalk the less desirable option.

Second half and suddenly King’s were a team reborn. Harry Wakefield (Reeds MOM) was at his marauding best as he “ran us ragged” in the words of the Reeds’ skipper. Meanwhile the backs were beginning to probe gaps, and early in the half a midfield break culminated in an offload for Will Carter and cruise to the whitewash. Neil Williams couldn’t miss; 21-26. King’s tails were up and two minutes later fellow Druid Edward Reid was under the poles, and with the extras King’s were ahead for the first time; 28-26.

Reeds, albeit weakened by injuries to a couple key players, had lost their way and exuded frustration. The incisive running of their wide players just wasn’t happening and they seemed to be losing the battle of the breakdown, although they had stemmed the flow of tries at least and restricted King’s to just a penalty as the teams went into the last quarter; 31-26. By now the heady mix of a will to win coupled with fatigue as bodies and minds tried to remember how to play 80mins of rugby meant the game had a bit of needle in it, but thankfully the teams more or less policed themselves and things never got out of hand,

Sensing the next score would be telling it was Ed O’Callaghan who, by now playing No.8, took the initiative as he picked up from the base of a scrum and monstered his way into the shadow of the posts. Simple hands and winger Chris Whittick was over in the corner; 36-26. There was still time for a cherry on top of the icing as from a 5m scrum King’s shunted their visitors back and Ed O’Callaghan dotted down. In fact, he knocked it on in the act of scoring but the alternative was a penalty try so really it made no odds; 41-26.

All told this was an impressive comeback from a side that frankly looked down and out after 11mins. Reeds must be wondering how they lost a game which on the face of it they were in complete control of. They posed plenty of problems and will do well in the league, and we look forward to the return leg in due course. Next up for the 2XV are Old Tiffs. The Kingston boys beat King’s in the 10-a-side format two weeks ago so time will tell whether adding another 5 players makes things better or worse. Keep your eye on Twitter on Saturday afternoon to find out.