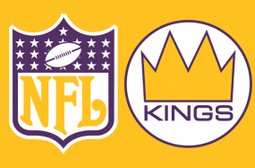 King's reach a ton as they take their winning streak to four games playing some expansive rugby along the way.

On an unsettlingly hot late October afternoon (might’ve been too hot) KCS 2nd XV welcomed Teddington 2nd XV to Motspur Park. King’s were entering the game high on confidence after 3 straight wins notching up 116 points along the way. In contrast this was the first time Teddington had fielded a side this year.

With a strong pack and plenty of gas in the backs the playing conditions were ideal for King’s Jouè™ style of play – although, you never know which King’s side is going to turn up.

The first 10 minutes proved a fairly even contest, Teddington looking impressive with the ball in hand. However, the stalemate was shortly broken with a try from second row Peter Januszewski who, after breaking a tackle in the midfield, went on to trot in from 20m out for the first try of the game. This was not to be the big man’s only try and 5 minutes later, after taking a slick pass from the King’s fly half, he cut a good line through the Teddington defence to score another under the posts. Neil Williams adding the extras.

King’s kept applying the pressure spending lots of time in Teddington’s half only for some loose hands from King’s releasing the pressure up. Teddington were able to clear their lines only for fullback Chris Whittick to lose the ball in the sun shouting “I can’t see”. Whittick did though manage to field the ball and made a good break snaking through the Teddington defence. Quickly recycled ball and great hands from King’s led to the first of Greig Blackie’s tries of the day.

As the first quarter progressed into the second King’s made use of their well-resourced bench due to an injury to the nose of captain Michael Hill, as well as two additional changes in the backs.

“It’s only nil – nil” echoed amongst the King’s ranks as the early tries and dominance of the King’s pack in the loose opened the flood gates; with the game starting to look as one sided as skipper Michael Hill’s nose. Constant pressure being applied by the King’s pack and quick hands from the backs proving too much for Teddington’s defence as the first half saw additional tries from Harry Wakefield, Greig Blackie, Jake Upward and Michael Beale giving King’s a comfortable lead going into the final 5 minutes of the half. Half-time was rung in with a try from Scrum Half Peter Wickham whose great support play finished off a trundling run from Peter Januszewski in what the fans were describing as a classic case of hat-trick avoidance from the big man.

In a game of two halves, the second started much the same as the first ended with the tries coming thick and fast. Quick ball from a lineout courtesy of Sebastian O’Hara and a nice move in the backs resulted with Harry Wakefield’s second of the day. This was quickly followed up by Michael Beale’s second from a neat offload from Greig Blackie.

However, any ambition of a clean sheet was quickly swept aside. Teddington’s good work chasing up the kick-off and a disorganised King’s, resulted in Peter Januszewski being cheaply intercepted for Teddington to run in a 5 pointer under the sticks. Their kicker quickly added the extras.

King’s responded in kind. After winning the ball back from the kick off, quick ball from scrum half Peter Wickham gave the King’s fly-half a chance, a decent dummy helped him break the Teddington defence to score under the posts. Neil Williams adding the extra 2. This wasn’t to be Teddington’s day as more tries followed in quick succession with Alex Wilson flying down the wing and beating the fullback with some good footwork to add another try to King’s impressive tally as well as the King’s fly-half grabbing his second try after finishing off some great work from the guys in pack.

With tries starting to difficult to keep track of (Matt Young also got amongst the scoring at some point), King’s still had more in the tank. Man of the match Greig Blackie was able to add his 3rd of the day (it has to be the hair, feathered and lethal) and well as Tim Orton grabbing a meat pie with a darting break down the left side with the look of a man that knows his way to the try line. The game was rounded off with a penalty try being awarded after Graham Gooch made a fantastic break from his own 22 only to be tackled illegally in what was clearly a professional foul.

With that the final whistle blew. Credit to Teddington who didn’t let their heads go down, kept pushing until the end and fronted up. But ultimately this was a comprehensive win for a side high on confidence going into their next fixture away at Bec Old Boys.